The identity crisis in the Internet business models 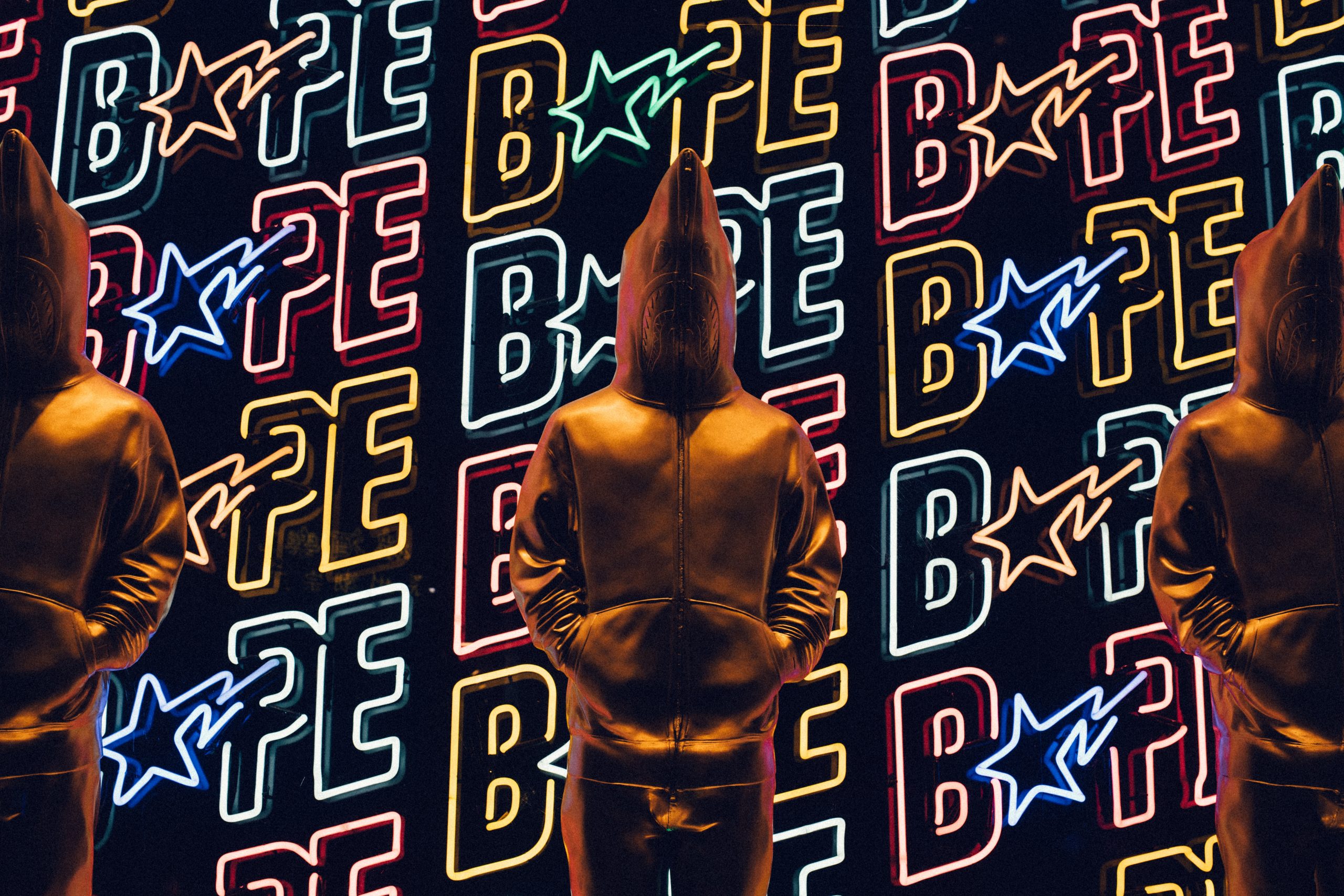 Photo by Joseph Chan on Unsplash

From its beginnings, the Internet was born for all as a means of universal communication in which people connect by exchanging information through machines.

At present, its inventor Tim Berners-lee, clarifies and affirms that the primary objective of the tool has been distorted, intoxicated by powerful forces that work to monopolize the Internet towards their benefit. Making a call to the urgency and reinvention of the medium to return the user power over their data.

The excessive concentration of the channel in Google and Facebook, have somehow converted the Internet into a mere commercial, economic, and advertising transaction, in which the navigation and the data of a user generate a value of around  $20 per month , publishers host spaces to distribute advertising, and advertisers pay to capture the attention of users in the middle.

As expressed by Berners, the new era of the Internet will be based on returning the user power over their data, describing them as “personal empowerment through data,” in which the user will decide at all times what is going to be the use of your data, through the platform called Solid.

Due to its age, the Internet can be considered as a teenager, in which the first problems have started to appear, I am not going to talk about the fake-news, we go further, and I will make a reflection that is worthwhile so that we understand the seriousness of the matter.

Remember that Cambridge Analytica accessed data from millions of users on Facebook, making a micro-segmentation of political messages that manipulated the intention of the vote of millions of Americans, to the point of reaching power Trump, a man, who then broke all the Paris international treaties on the global goal of reducing CO2 emissions by 2050.

The decision that the most industrialized country in the world, break agreements of reduction of CO2 during the period that governs Trump, is the fulfillment of the milestone of 1.5 degrees of global warming before 2030, causing unpredictable consequences that today we can not nor reach to understand.

Then, it is urgent and necessary a change of time on the Internet that will be based on two basic vectors:

The reinvention of the business model based on advertising.

It should be noted that there is no real economic crisis in an Internet based on advertising, that the forecasts of the use of ad-blocking will grow to more than 20% of Internet users, it will not diminish that Google and Facebook enter more capital injected by advertisers in the forecasts for the next few years. It will be increasingly expensive to invest in advertising in digital media and less efficient at the same time. 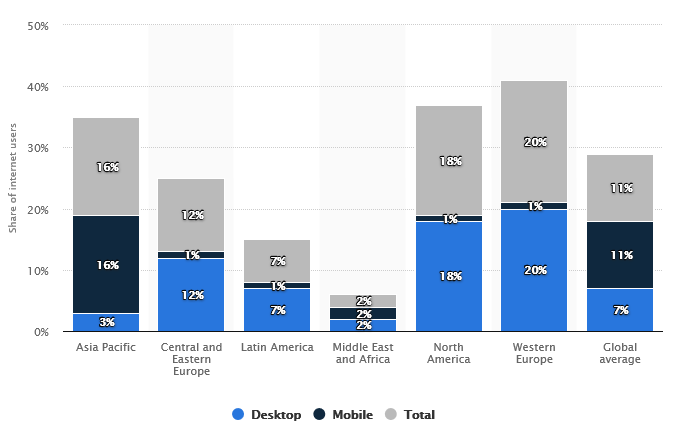 It is instead an identity crisis on the business model of the medium, which by nature was born without a monetization strategy, the large platforms that grew on the Internet were those that applied to advertise as a support between the network, access to services free, and the transaction of user data.

On the Internet it was not written that this happened, the first ones were those who saw how they could monetize.

As in any company, no business model is perpetual, or lasts more than a hundred years, the speed at which the Internet moves, suggests, even more, the revision and variation of the same to adapt to change, in the coming years we will see as anecdotal the problem that was with Cambridge Analytics, will happen scandals of proportional magnitudes or higher, based on privacy and misuse of the data, which somehow will rethink the user of low knowledge how to use the Internet.

Advertising is annoying to the user, expensive and inefficient for the advertiser, and very unprofitable for the publisher. Both Google and Facebook are taking a long time to rethink changes in their business model that causes rejection to all parties, it is not enough to offer a suite of services and free products to captivate the user in their data delivery, since being a hackable and manipulable model inherently carries a high associated risk.

Use of Blockchain as a transaction platform.

A few months ago I considered an experiment for vizologi (the company I manage), I investigated the root of what it means to be a 100% digital company. I thought about the intangible value that is generated between the free content that I offer regarding the benefit I get from the user. The reflection brought me that the attention of the user-translated in the time of his session was the authentic digitizable value obtained.

I thought about how to translate that intangible into a digital value, that is, the cost of my 100% digital company had to have a digital native assessment, I’m not talking about €, but how it translated the attention of the user’s session into a native asset digital, then I thought about creating my cryptocurrency (my own “vizos”), and the second phase of the experiment was to tokenize the session times to a digital value.

The idea was to obtain a pure digital value, and that the 0101010101010111s that you have programmed generate a native value in the same language 1010101111001010s, being the time and the attention that the user dedicates to the transaction value.

The technology I used required a lot of resources from the user’s machine, and that experiment was left in standby due to a technical limitation. In the future, these developments will be recovered with time and means.

However a few weeks ago I came to a revealing link, and I got to know the new project of the co-founder of Mozilla and Firefox and Javascript inventor, Brendan Eich.

On the Brave platform, time is measured and tokenized, in fact, the very name of the token is very revealing, it is called Basic Attention Token (BAT), and the platform reinvents in a tremendously creative way, the annoying and dangerous model of Internet advertising business.

1st Provide users with a safer and faster browsing experience.

3er Radically improve the efficiency of the current advertising standard.

On the one hand, users receive rewards from advertisers through BATs rewarding their time and attention. In the same way, they can donate their participation in the income to the publishers of content through micropayments.

On the other, publishers increase their share of revenues while receiving BATs according to the attention of advertisers and the donations from users.

And finally, advertisers receive better reports by achieving a higher return on investment while reducing fraud and malicious advertising.

Internet explorer practically disappeared after the irruption in the market of Chrome, Brave could acquire part of the market share of Chrome, on the Internet nothing is written, drastic and massive changes have already occurred spontaneously supported by a network effect.

The medium itself, as it is designed, can generate this type of unexpected changes. The great empires of the Internet exist, but the rules of the environment are constantly reinvented.

If Brave, or other different options that arrive, acquire only the market share that Firefox has, it would already mean a substantial and disruptive change within the Internet scenario.

In a communication medium that is mutating towards an increasingly transnational platform, it acquires all the sense that the new blockchain layer reinvents the identity crisis.

IN A WORLD OF ABUNDANCE, SHORTAGE WILL BE HUMAN ATTENTION.