Why Alphabet's Business Model is so successful? 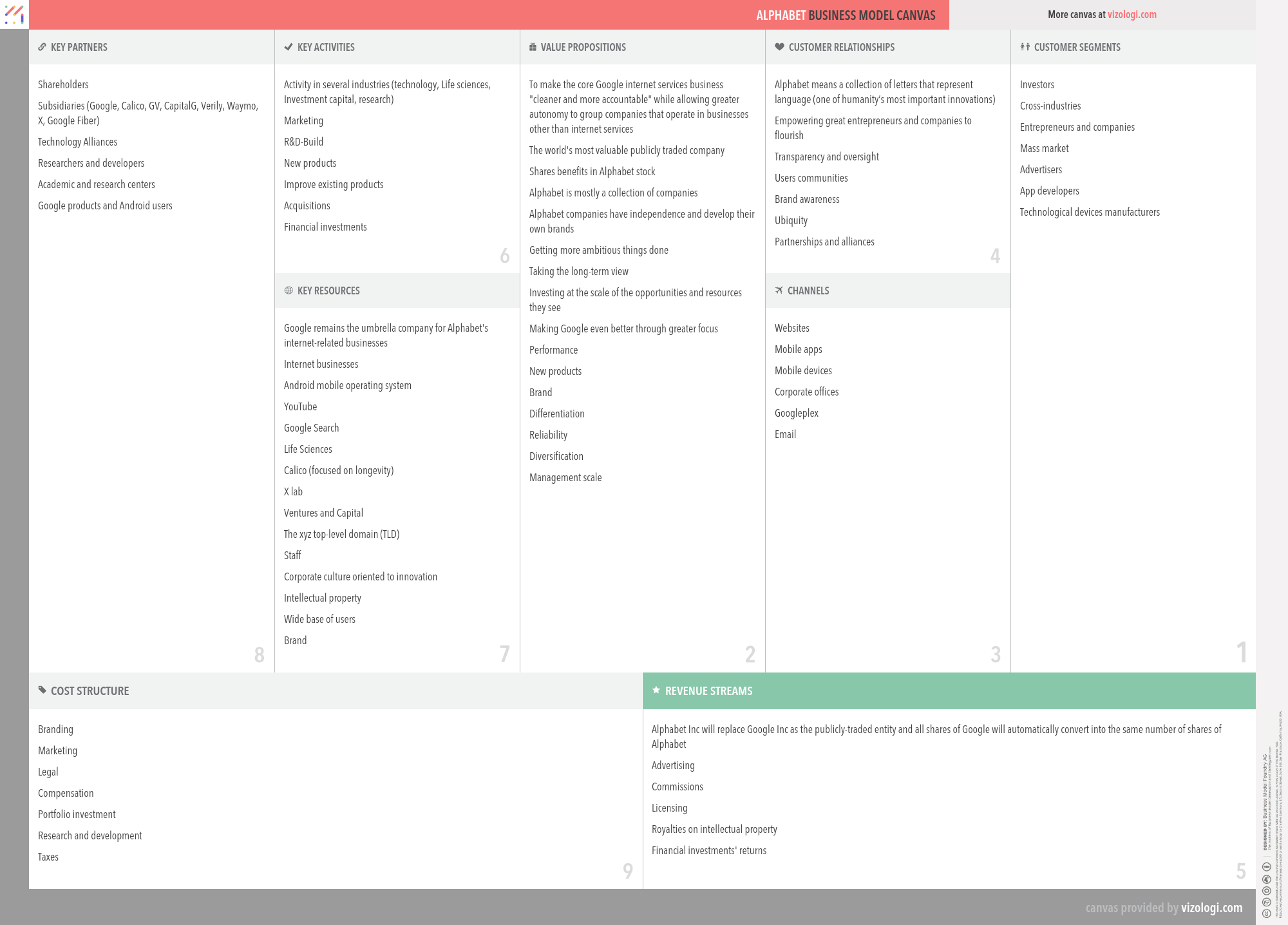 Alphabet Inc. is an American multinational conglomerate founded on 2015 by Google co-founders, Larry Page and Sergey Brin, It is the parent company of Google and several other companies previously owned by them. The company is based in Mountain View, California at Googleplex. The reorganization of Google into Alphabet was completed on October 2, 2015. Alphabet is a collection of businesses -- the largest of which, of course, is Google. It also includes businesses that are generally pretty far afield of our main internet products such as access, Calico, CapitalG, GV, Nest, Verily, Waymo, and X. All non-Google businesses era reported collectively as Other Bets.