Why Bitcoin's Business Model is so successful? 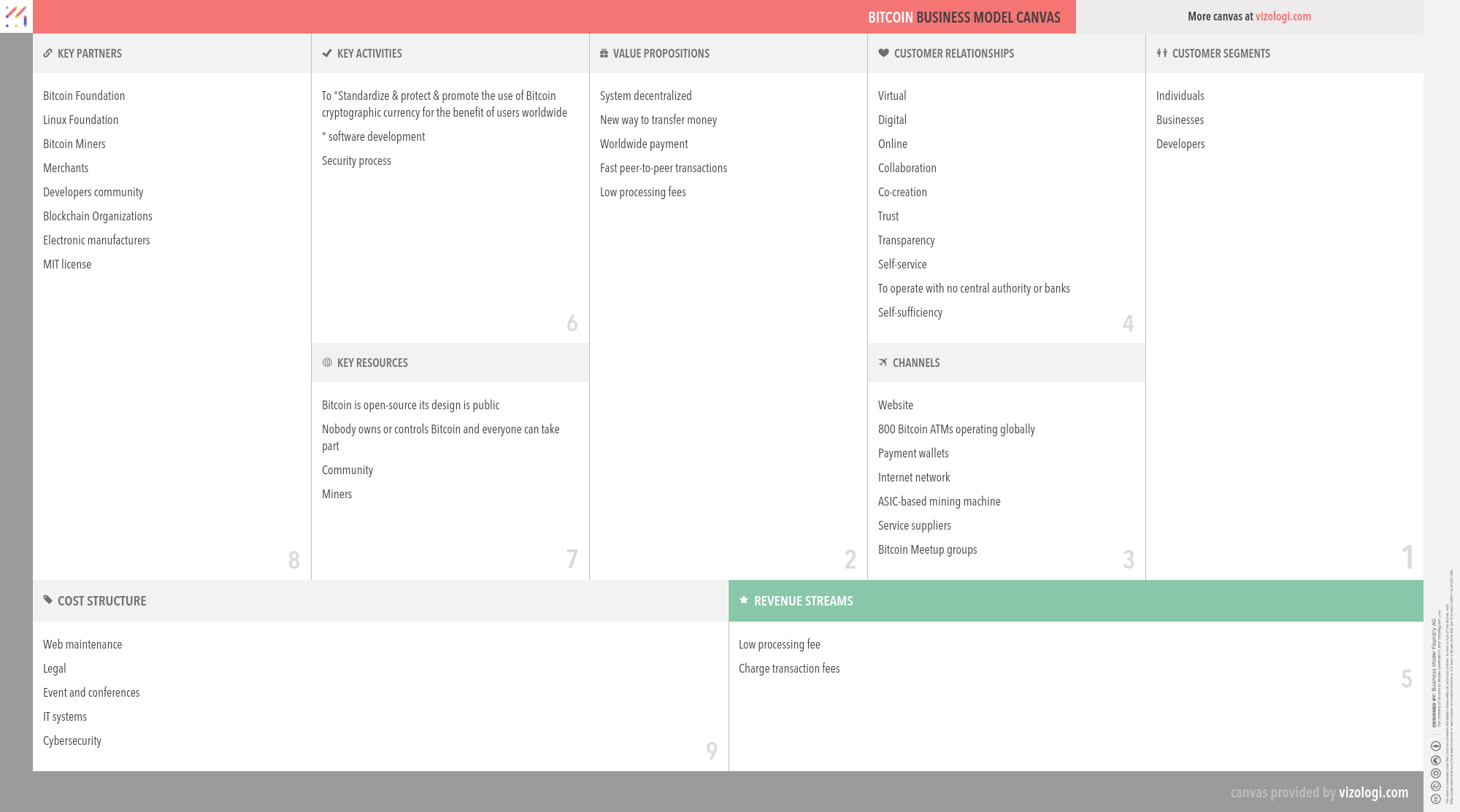 Bitcoin uses peer-to-peer technology to operate with no central authority or banks; managing transactions and the issuing of bitcoins is carried out collectively by the network. Bitcoin is open-source; its design is public, nobody owns or controls Bitcoin, and everyone can take part. Through many of its unique properties, Bitcoin allows exciting uses that could not be covered by any previous payment system.

Itaú Unibanco is a Brazilian Publicly quoted bank with headquarters in São Paulo, Brazil. The bank is the re...
View Canvas
bankingretailfinancesavingsloansinterestsfinancial servicescredit cardsmortgages