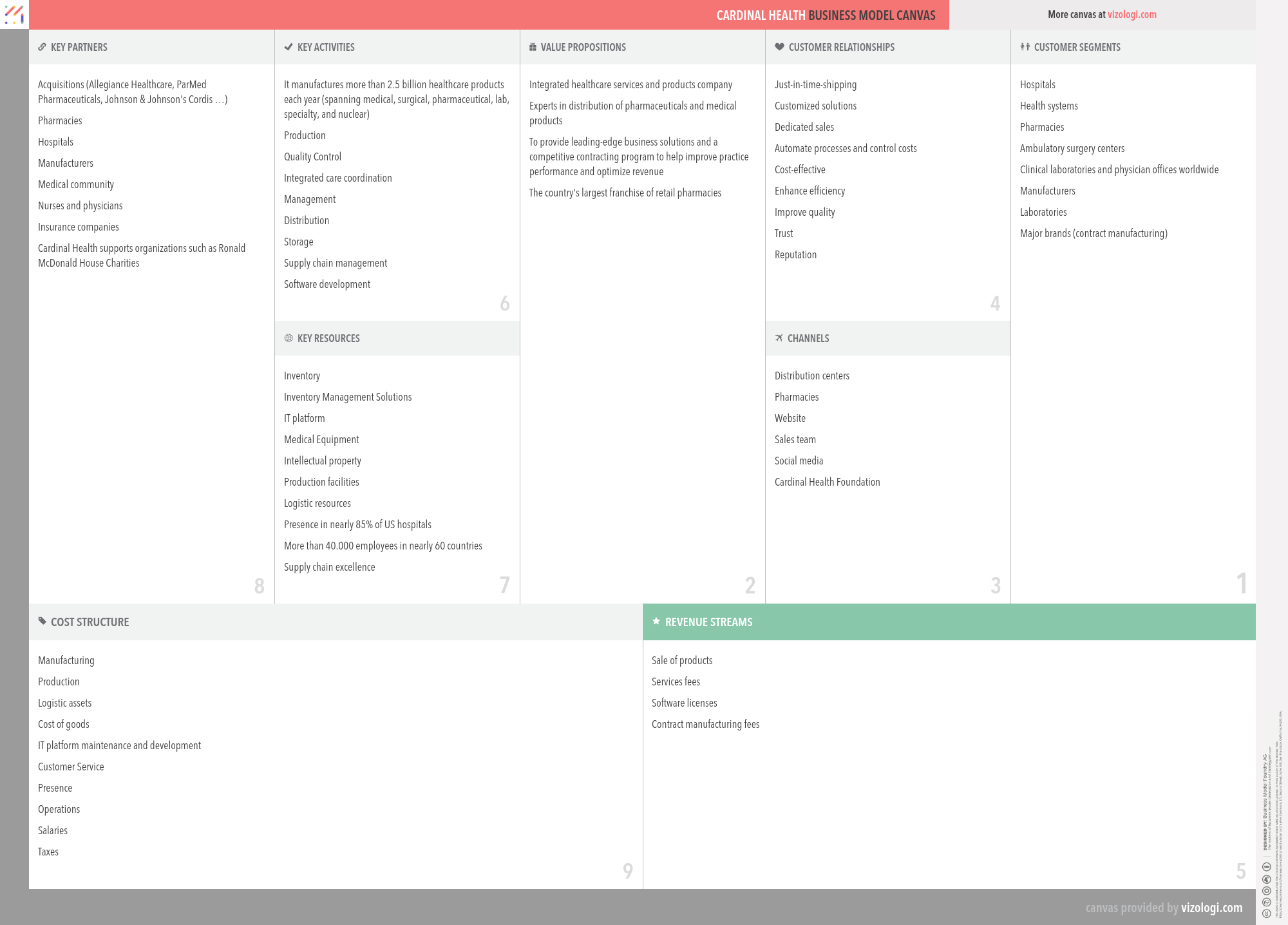 Cardinal Health, Inc. is an American Fortune 500 health care services company based in Dublin, Ohio. The company specializes in distribution of pharmaceuticals and medical products, serving more than 100.000 locations. The company also manufactures medical and surgical products, including gloves, surgical apparel and fluid management products. In addition, it operates the nation’s largest network of radio pharmacies. Cardinal Health provides medical products to over 75 percent of hospitals in the United States. In December 2013, it was announced that Cardinal Health would team up with CVS Caremark, which would form the largest generic drug sourcing operation in the United States. The venture was named Red Oak Sourcing and began operations in July 2014.