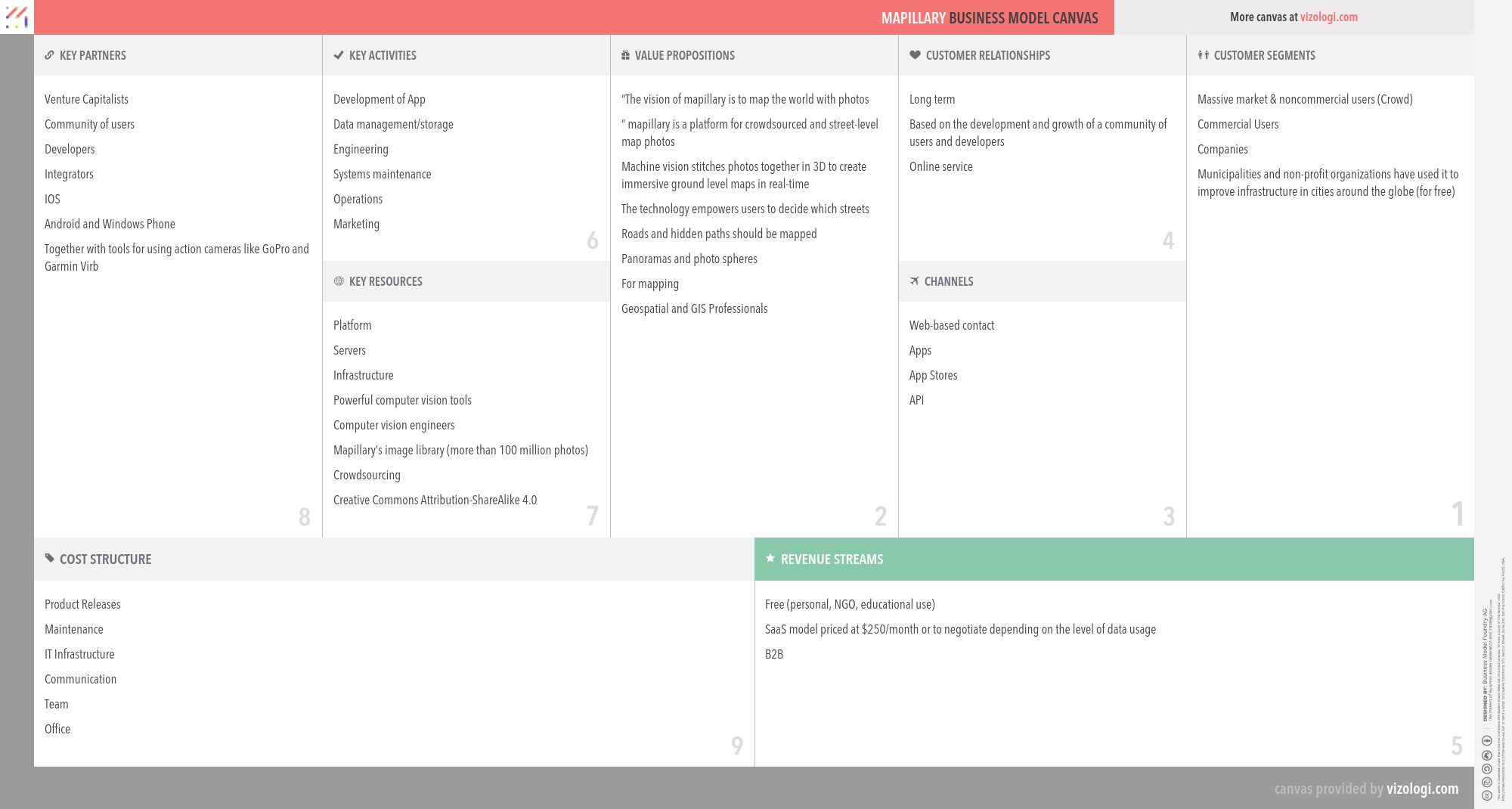 Mapillary is a service for crowdsourcing map photos and street view. Using simple tools like smartphones or action cameras anyone can collect photos that are combined into street view. Computer vision on the server-side automatically matches and combines photos across time and users. Photos are processed with privacy preserving blurring using face detection and license plate detection.

Why Mapillary’s Business Model is so successful?