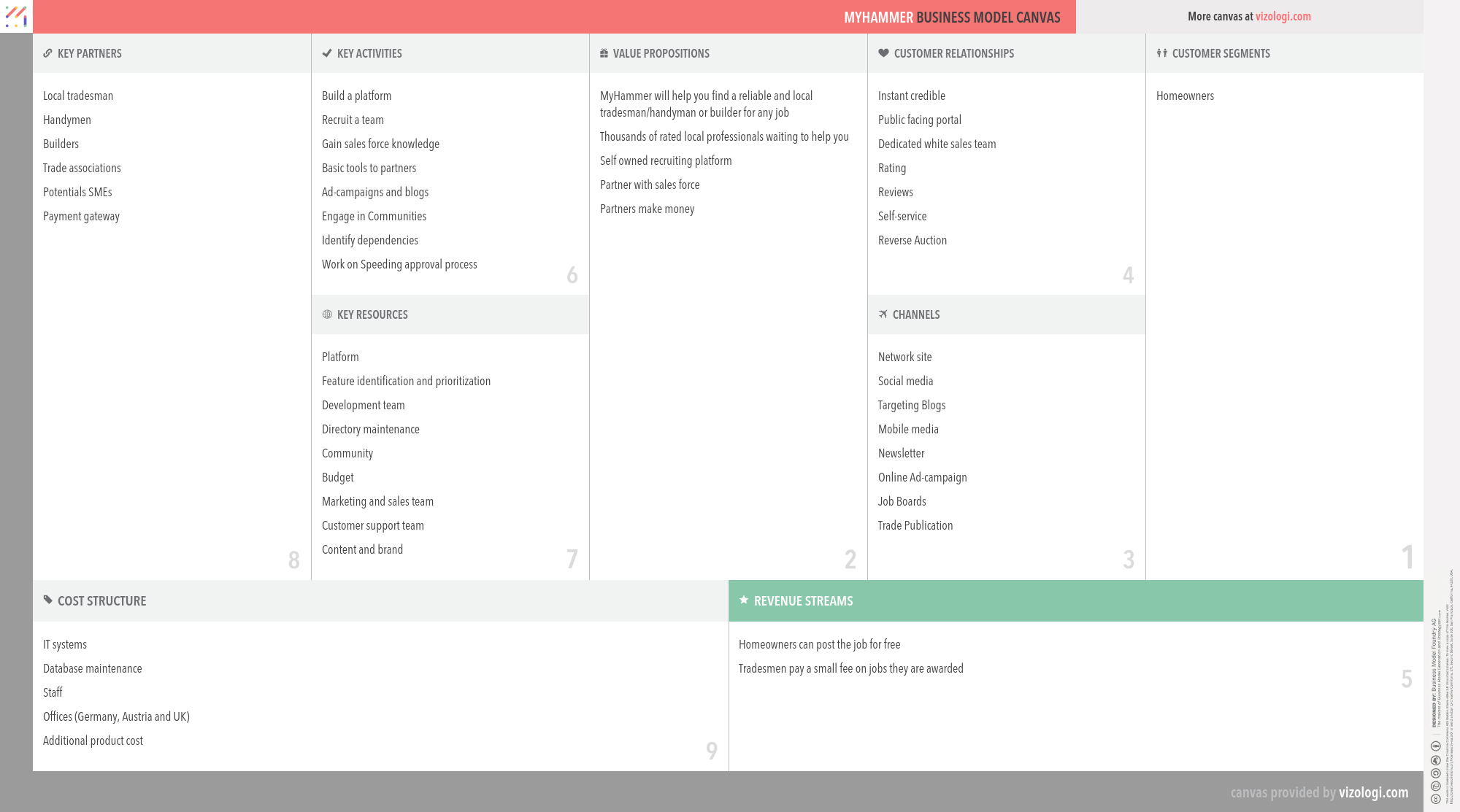 MyHammer is an online marketplace and directory which facilitates homeowners finding tradesmen and vice versa. Customers can search the directory or post their job in the market place and wait for tradesmen to quote online. The service is free for homeowners and tradesmen pay a small fee on jobs they are awarded. Tradesmen are rated based on the quality of the work they do allowing them to build a national profile. This allows homeowners to find reliable builders and builders to find quality job leads.

A highlighted listing is more important and noticeable than a regular listing, providing maximum exposure for your workplace to consumers searching in your region. In addition, customers are attracted to these premium listings because they include more pictures of your home ? and its excellent location.

A reverse auction is a kind of auction in which the bidder and seller take on the roles of each other. In a conventional auction (also referred to as a forward auction), bidders compete for products or services by submitting rising bids. In a reverse auction, vendors fight for the buyer's business, and prices usually fall as sellers underbid one another. A reverse auction is comparable to a unique bid auction. The fundamental concept is the same; nevertheless, a bid auction adheres more closely to the conventional auction structure. For example, each offer is kept private, and only one clear winner is determined after the auction concludes.

Why MyHammer’s Business Model is so successful?