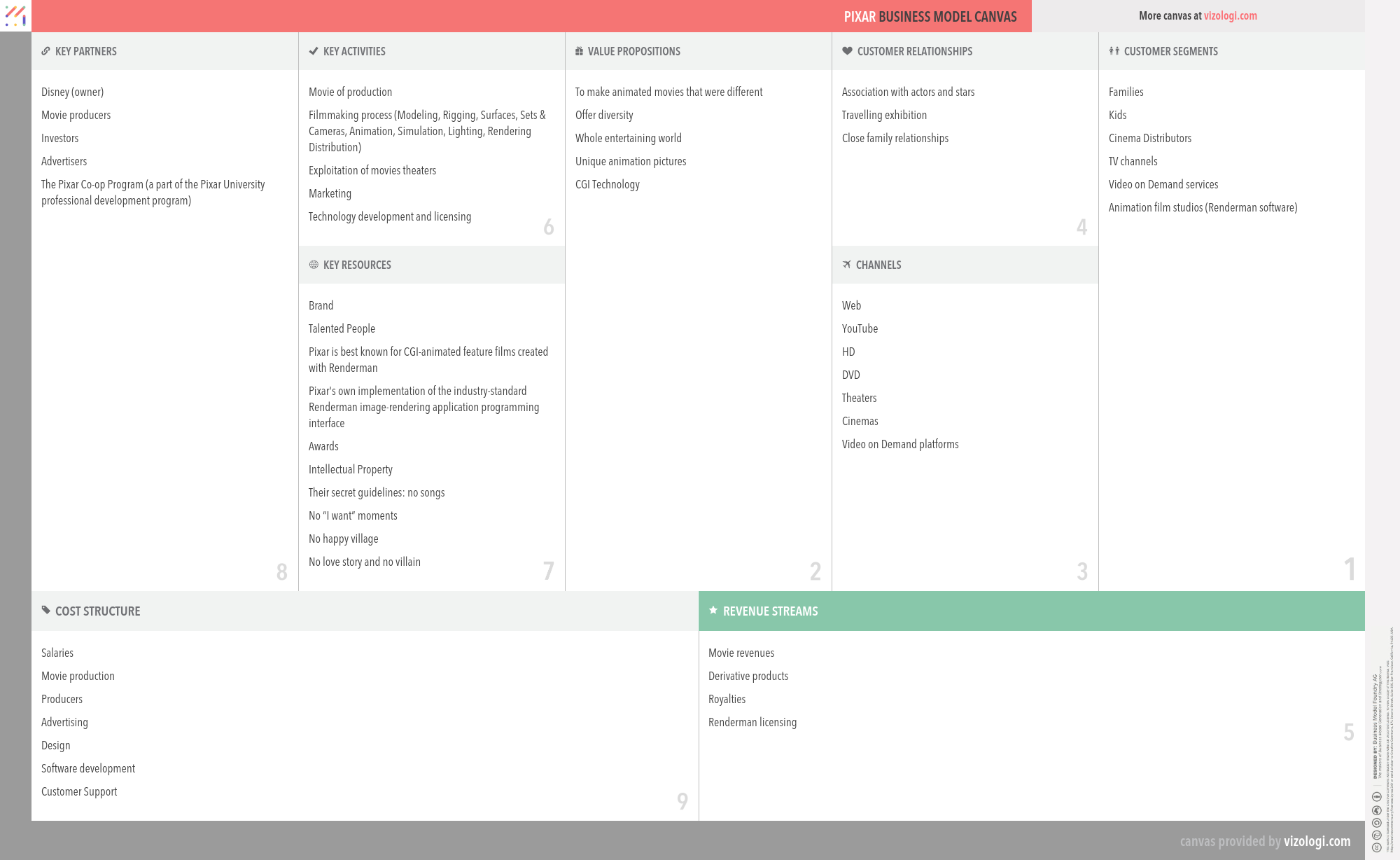 Pixar, also referred to as Pixar Animation Studios, is an American computer animation film studio based in Emeryville, California that is a subsidiary of The Walt Disney Company. Pixar began in 1979 as the Graphics Group, part of the Lucasfilm computer division, before its spin-out as a corporation in 1986, with funding by Apple Inc. co-founder Steve Jobs, who became the majority shareholder. Disney purchased Pixar in 2006 at a valuation of $7.4 billion, a transaction that resulted in Jobs becoming Disney's largest single shareholder at the time. Pixar is best known for CGI-animated feature films created with Renderman, Pixar's own implementation of the industry-standard Renderman image-rendering application programming interface, used to generate high-quality images.

Make more of It:

The business invests time and money in developing in-house expertise and development that may be used both internally and outside to sell goods or services to clients or third parties. AWS was created to meet Amazon's cloud computing requirements. They quickly discovered that they could offer their services to end-users. At the moment, AWS accounts for about 11% of Amazon's overall income.

Merchandising, in the broadest definition, is any activity that helps sell goods to a retail customer. At the retail in-store level, merchandising refers to the range of goods offered for sale and the presentation of those products in a manner that piques consumers' attention and encourages them to make a purchase. Like the Mozilla Foundation and Wikimedia Foundation, specific open-source organizations offer branded goods such as t-shirts and coffee mugs. This may also be seen as an added service to the user community.

Why Pixar’s Business Model is so successful?