Why Teespring's Business Model is so successful? 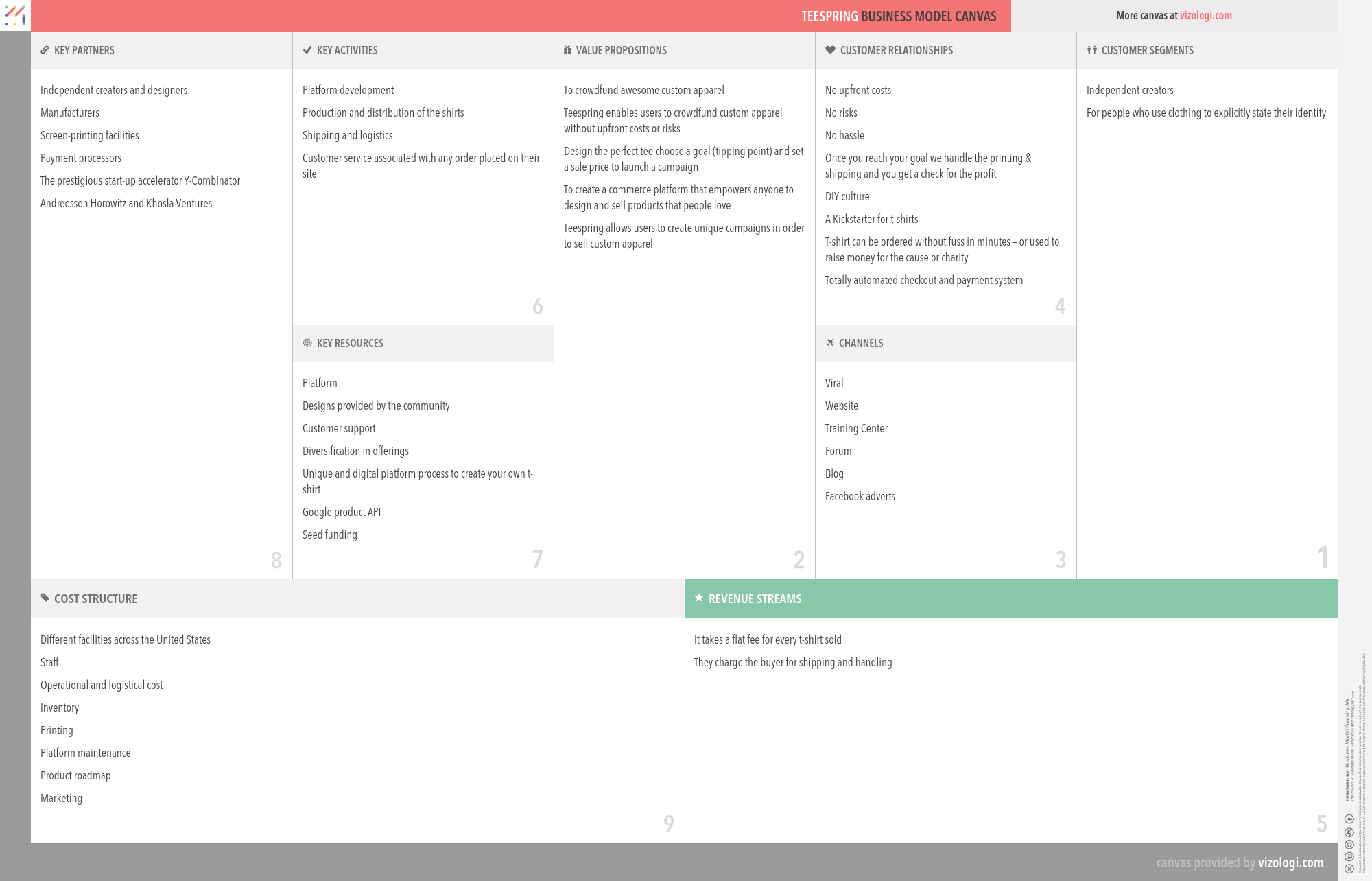 Teespring, Inc. provides an online platform for users to design, create, and sell t-shirts and other custom products. It offers Teespring, an online platform that enables users to create the design, gather audience, and launch their own products. The company’s platform is used to create t-shirts in various prints and areas, such as age, family, hobbies, animals, locations, sports, entertainment, names, occasions and events, jobs, awareness, and other areas. It also sells products online.