Why Willow Garage's Business Model is so successful? 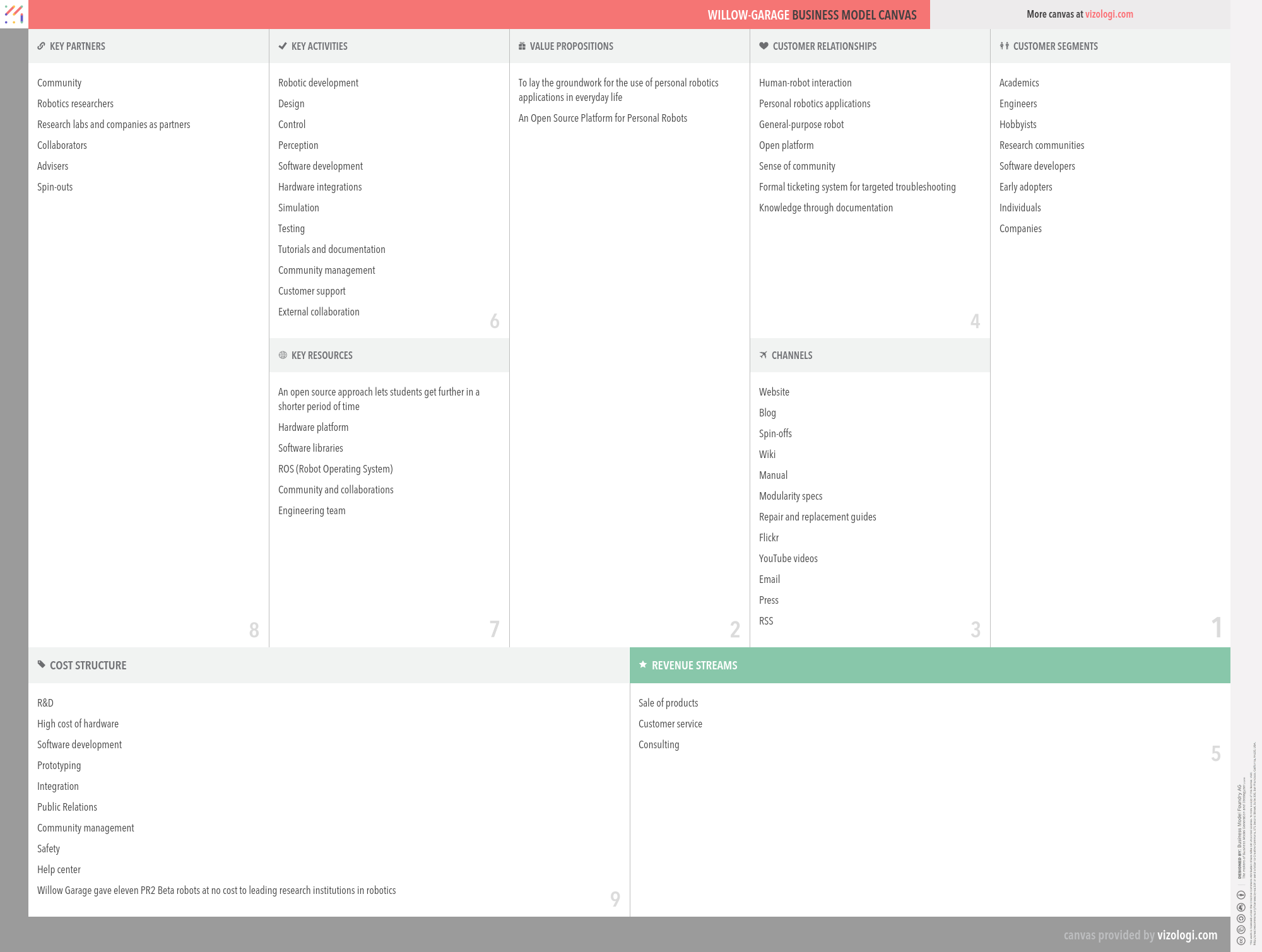 Willow Garage, Inc. develops hardware and Open-source software for personal robotics applications. It offers PR2. a robotics research and development platform; TurtleBot that comes with the hardware components to give a platform for developing robot applications; and Texai, a remote presence system prototype. The company also offers Robot Operating System (ROS), which provides libraries and tools to help software developers create robot applications; Open-source Computer Vision Library that is used in robotic applications and to streamline its use in the ROS software platform; Point Cloud Library, a large scale open project for point cloud processing with the purpose to accelerate 3D algorithmic work in perception for use in robotic applications; Player, a robot interface; Stage, a two-dimensional robot simulator; and Gazebo, a three-dimensional robot simulator.