Why Bountysource's Business Model is so successful? 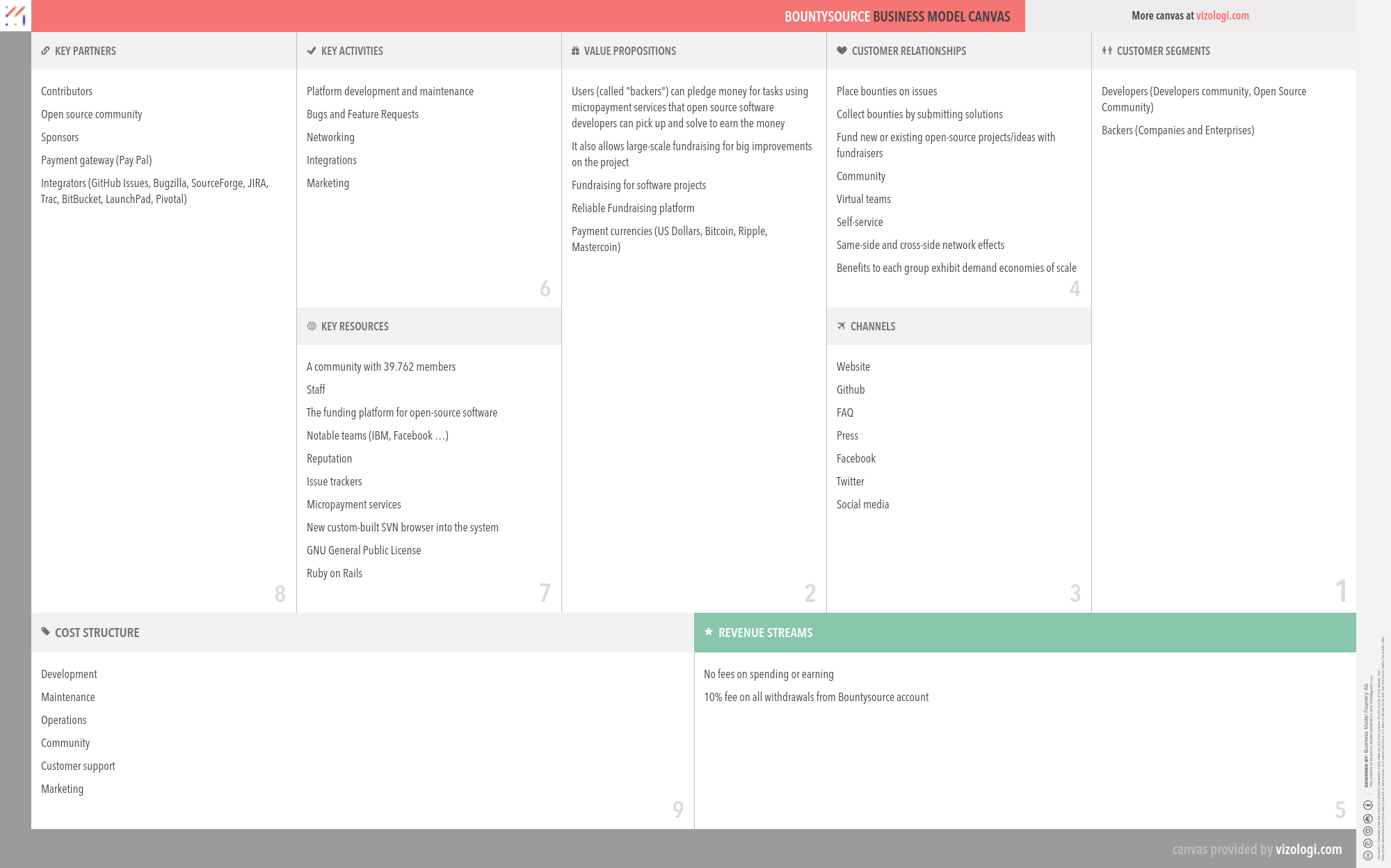 Bountysource is the funding platform for open-source software. Users can improve the open-source projects they love by creating/collecting bounties and pledging to fundraisers.

Users of a specific software product may band together to fund the development of a requested feature or capability via an open-source bounty. Offering bounties as a source of financing has been around for some time. For example, Bountysource has been an online site providing this kind of financing for open-source software since 2003. Another source of bounties is businesses or foundations that establish bounties for incorporated features or bug fixes in open-source software that is useful to them. For example, Mozilla has been compensating and supporting freelance open-source engineers to track down and patch security bugs since 2004.