Why Financial Times's Business Model is so successful? 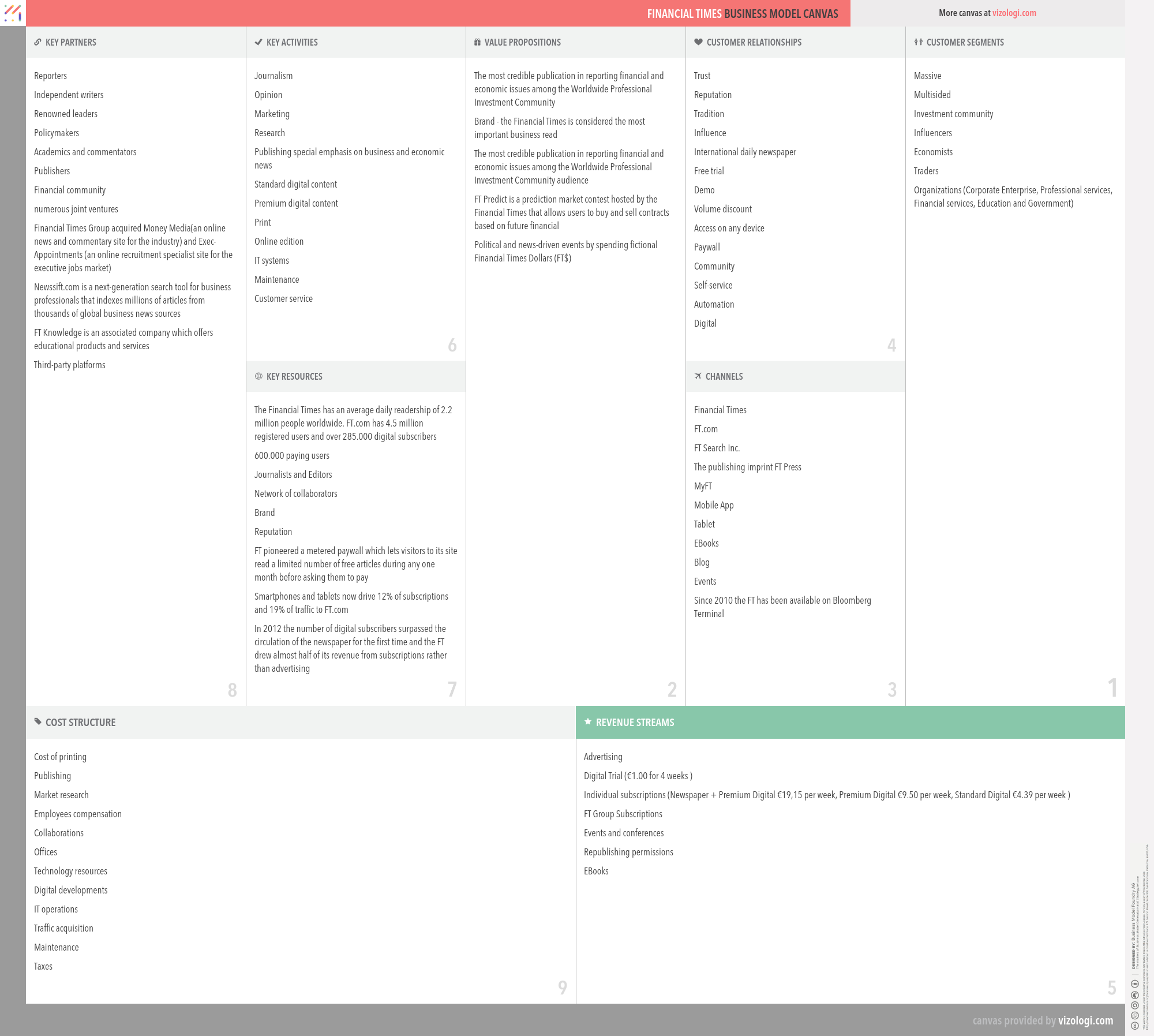 The Financial Times is one of the world’s leading news organizations, recognized internationally for its authority, integrity and accuracy. It is part of Nikkei Inc., which provides a broad range of information, news and services for the global business community.

Classified advertising is most prevalent in newspapers, online publications, and other periodicals that may be sold or given for free. As a result, classified ads are much less expensive than more prominent display ads companies use, even though advertisements are more prevalent.

The rental model for signatures was developed in response to the widespread use of monthly fees to generate income in businesses that primarily deal in leasing. The subscription business model is when a customer pays a monthly fee to access a product/service. Although magazines and newspapers pioneered the concept, it is currently utilized by a wide variety of companies and websites.

Destak is a Portuguese free daily newspaper, which is distributed in Lisbon, Porto and Coimbra, and also other...
View Canvas
digitaladvertisingnewspaperbroadsheetonlinetechnologyhealthleakscarcinemamusicemploymentbrands and companiesinterview

Blendle is a Dutch online news platform that aggregates articles from a variety of newspapers and magazines an...
View Canvas
newspapersmagazinesnewscontentpay per readarticlesjournalismreadersplatform