Why Mycelia's Business Model is so successful? 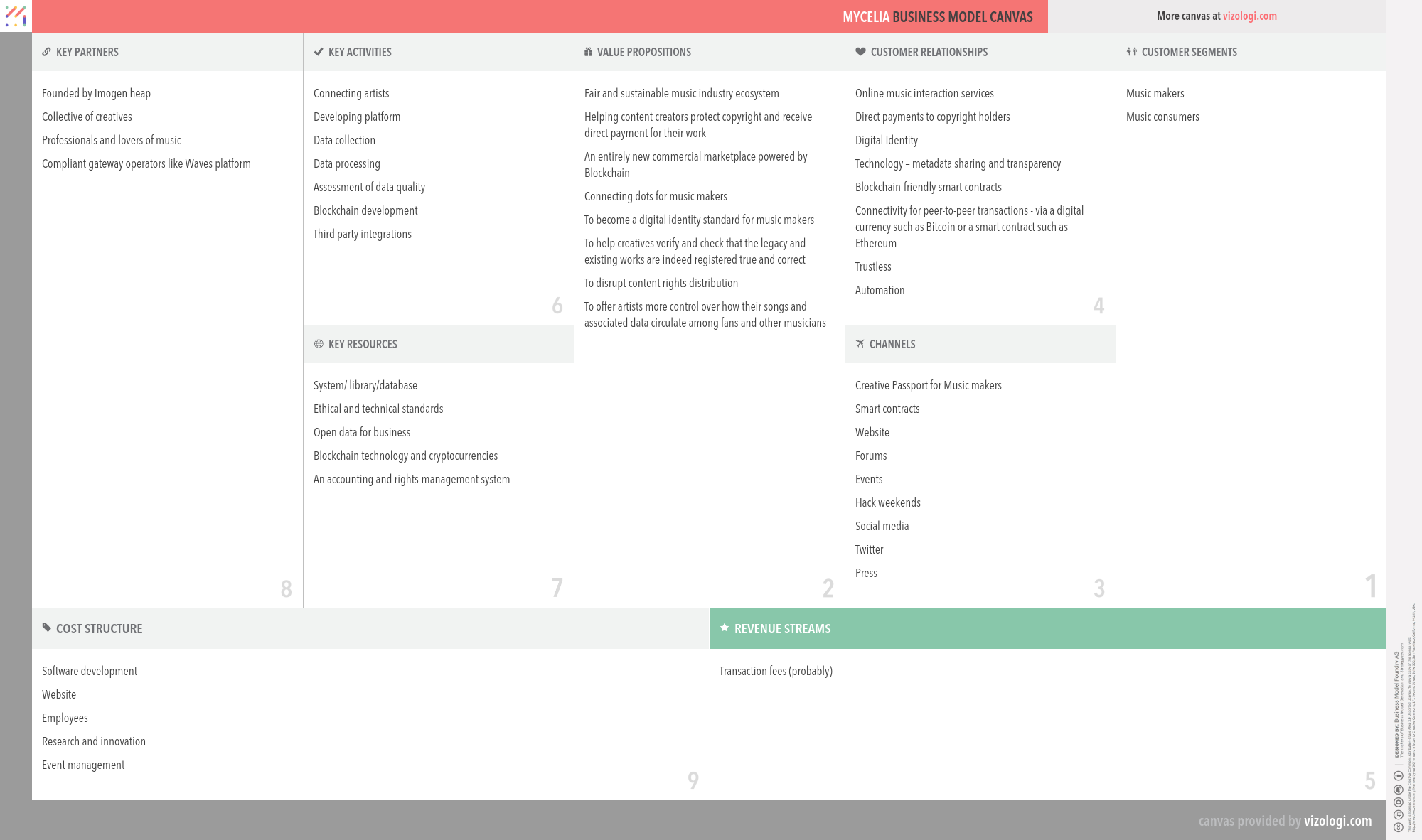 Mycelia empowers a fair, sustainable, and vibrant music industry ecosystem involving all online music interaction services. Mycelia enables direct payments for artists and give them more control over how their songs and associated data circulate among fans and other musicians.

Ujo Music is a platform that uses the Ethereum Blockchain as the substrate for innovation by empowering artist...
View Canvas
musicdecentralizationEthereumDigitizationsharingplatformartistsdigitalcontentBlockchaincryptocurrency

PeerTracks is a one stop music platform that sits on top of the MUSE Blockchain. This offers users the ability...
View Canvas
file sharingmusicmusic streamingdecentralizationDigitizationplatformartistsdigitalcontentBlockchainCryptocurrencymusic retailfans