Why Stratasys's Business Model is so successful? 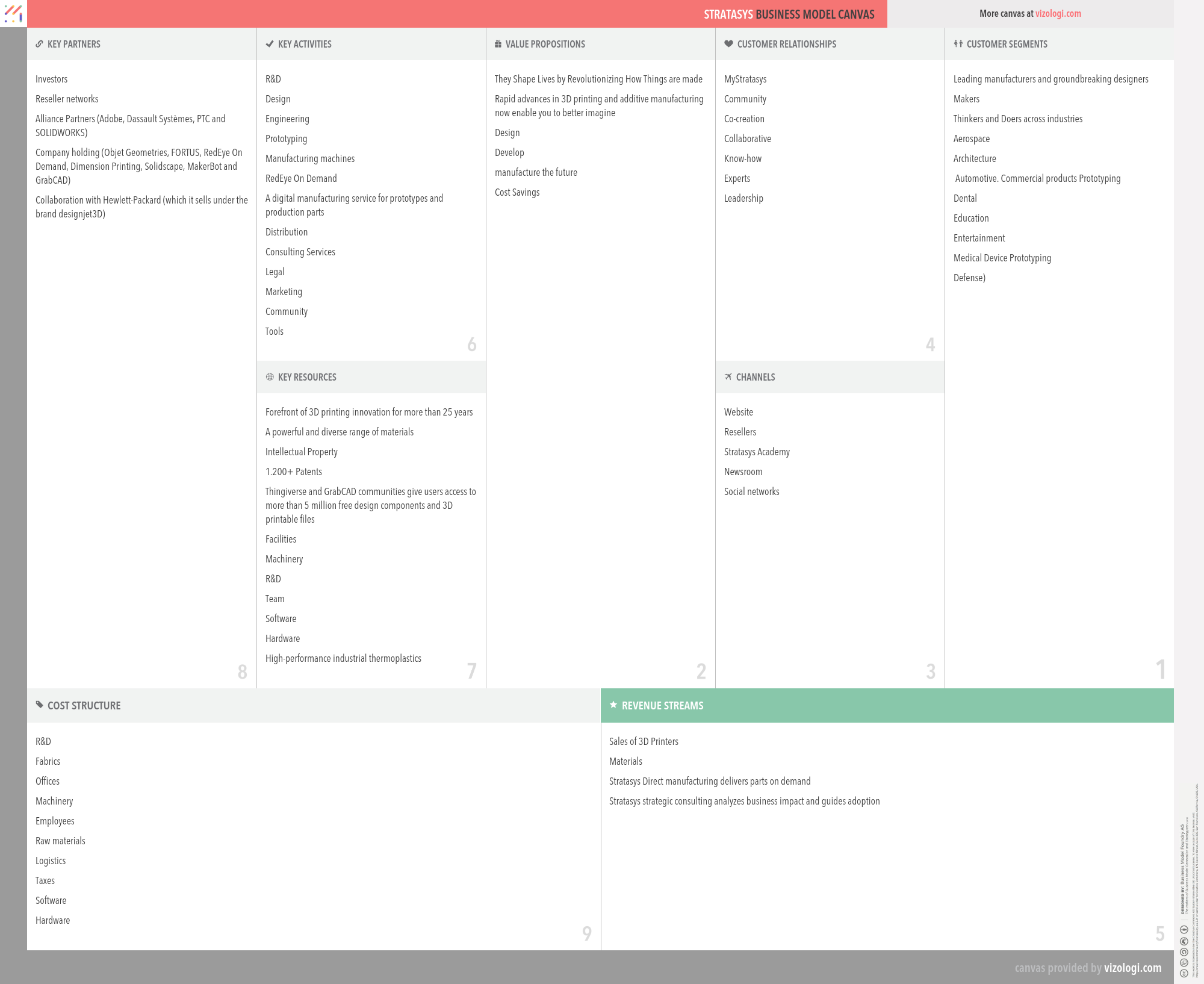 Stratasys is shaping our world, every day. Their customers find simpler, smarter approaches to stubborn design problems – and greater confidence to confront towering human and technological challenges. Less hindered by the usual constraints, they can imagine, design, iterate and replicate more freely than ever before. By providing the shortest possible path from idea to solid object, Stratasys empowers them to untangle complexity, tackle tough problems, uncover new solutions – and to do it all with the urgency our accelerating world demands.

When a firm brings a product to market, it must first create a compelling product and then field a workforce capable of manufacturing it at a competitive price. Neither task is simple to perform effectively; much managerial effort and scholarly study have been dedicated to these issues. Nevertheless, providing a service involves another aspect: managing clients, who are consumers of the service and may also contribute to its creation.

Fujitsu Limited is engaged in the business of development, manufacture, sales, and maintenance of a range of p...
View Canvas
hardwarecomputersdevicesservicestechnologysemiconductorsdistributionITelectronics