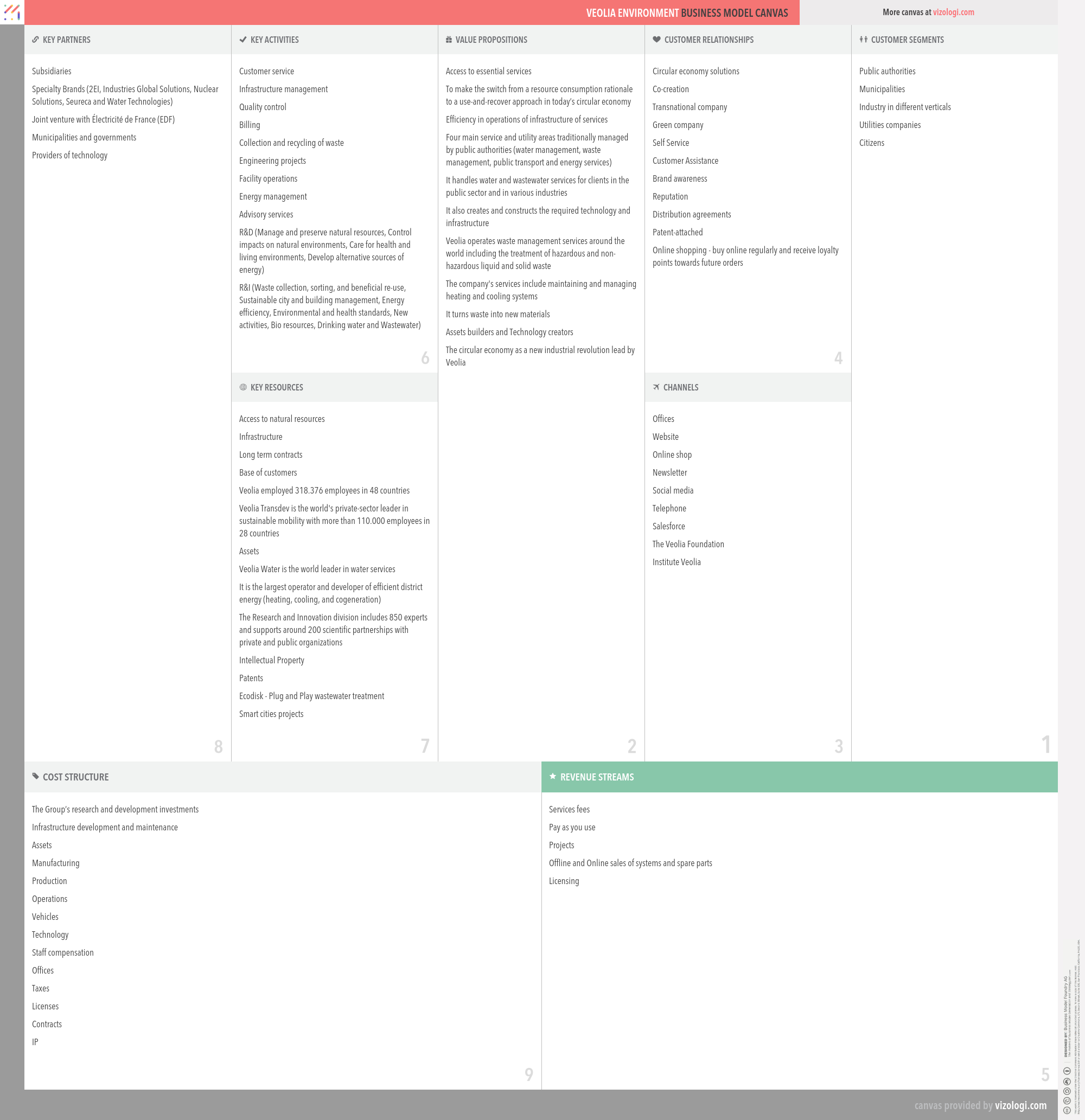 Veolia Environment SA (Veolia) is engaged in providing environmental management services, which include drinking water treatment and distribution, wastewater and sanitation services, and waste management and energy services. The Company's segments include France; Europe, excluding France; Rest of the world; Global Businesses, and Other. Its operations are conducted through three businesses: Water, Waste solutions and Energy services. Its France segment consists of two business units: Water France and Waste Solutions. The Europe excluding France segment consists of three zones: Central and Eastern Europe, the United Kingdom and Ireland and Northern Europe. Furthermore, Spain, Portugal and Italy are included in Other European countries. The Rest of the world segment consists of five zones: Africa/Middle East, North America, Latin America, Asia and Pacific. The Global Businesses segment brings together its business activities that need to be run and managed on around the world scale.