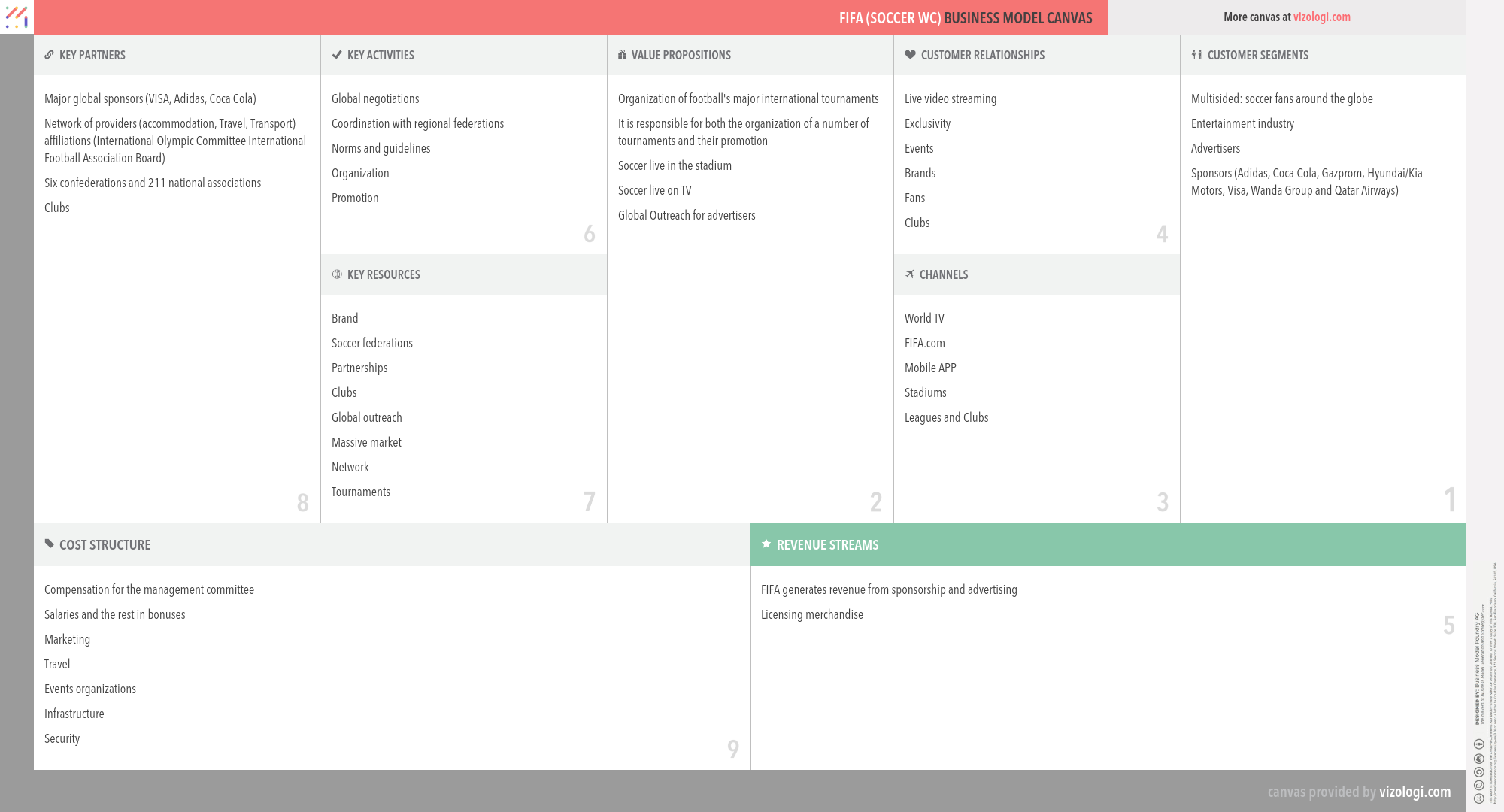 The Federation Internationale de Football Association is the international governing body of association football, futsal, and beach soccer. FIFA is responsible for the organization of football's major international tournaments, notably the World Cup which commenced in 1930 and the Women's World Cup which commenced in 1991. Its membership now comprises 211 national associations. Member countries must each also be members of one of the six regional confederations into which the world is divided: Africa, Asia, Europe, North & Central America and the Caribbean, Oceania, and South America.