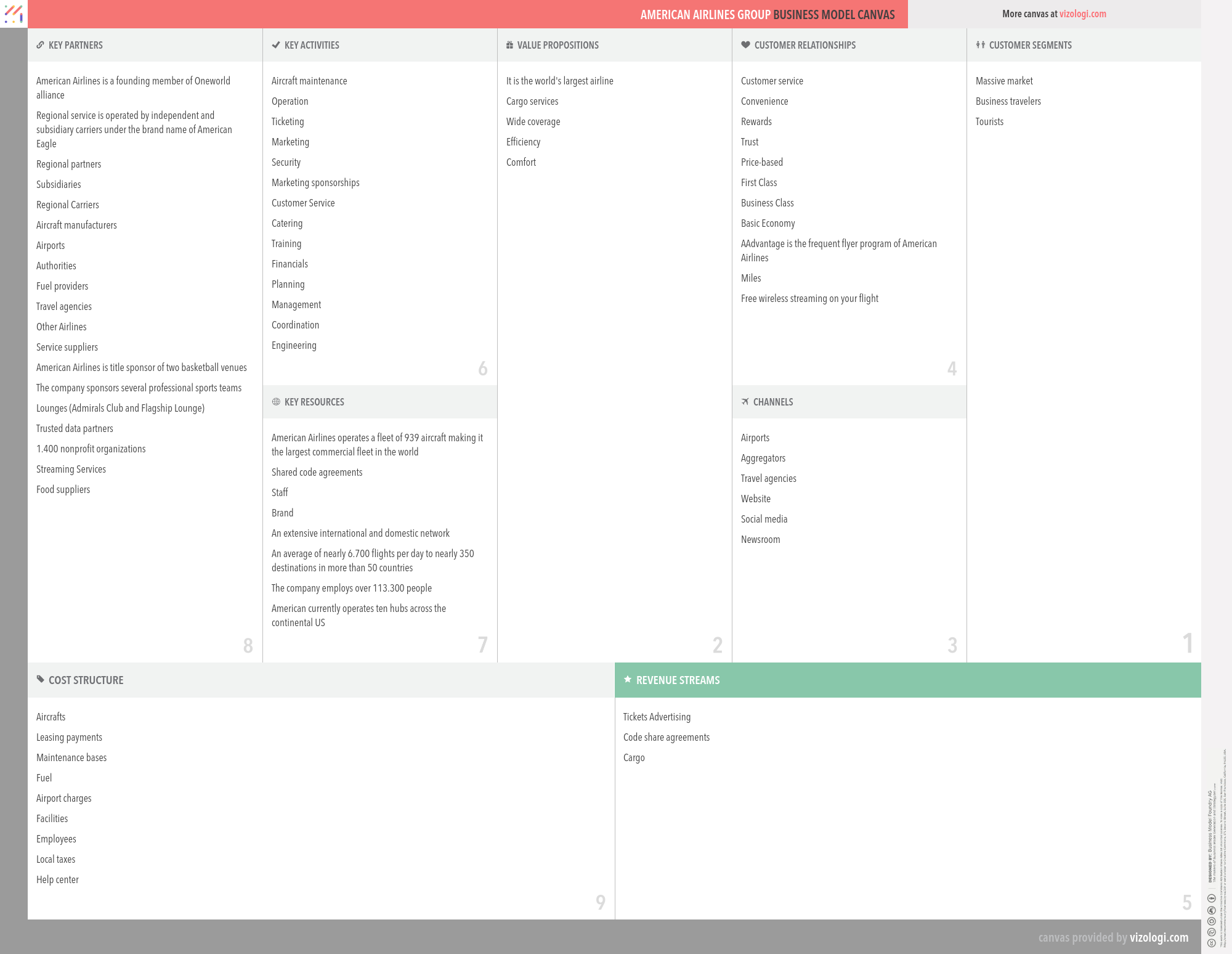 American Airlines Group Inc. (AAG), incorporated on February 16, 1982, is a holding company whose primary business activity is the operation of a network air carrier through its subsidiaries, American Airlines, Inc. (American) and its regional subsidiaries, Envoy Aviation Group Inc. (Envoy), Piedmont Airlines, Inc. (Piedmont) and PSA Airlines, Inc. (PSA) that operate under capacity purchase agreements as American Eagle. The company has hubs in Charlotte, Chicago, Dallas/Fort Worth, Los Angeles, Miami, New York City, Philadelphia, Phoenix and Washington, D.C. Together with its regional airline subsidiaries and third-party regional carriers operating as American Eagle, the company's airline operates an average of approximately 6.700 flights per day to over 350 destinations in approximately 50 countries.