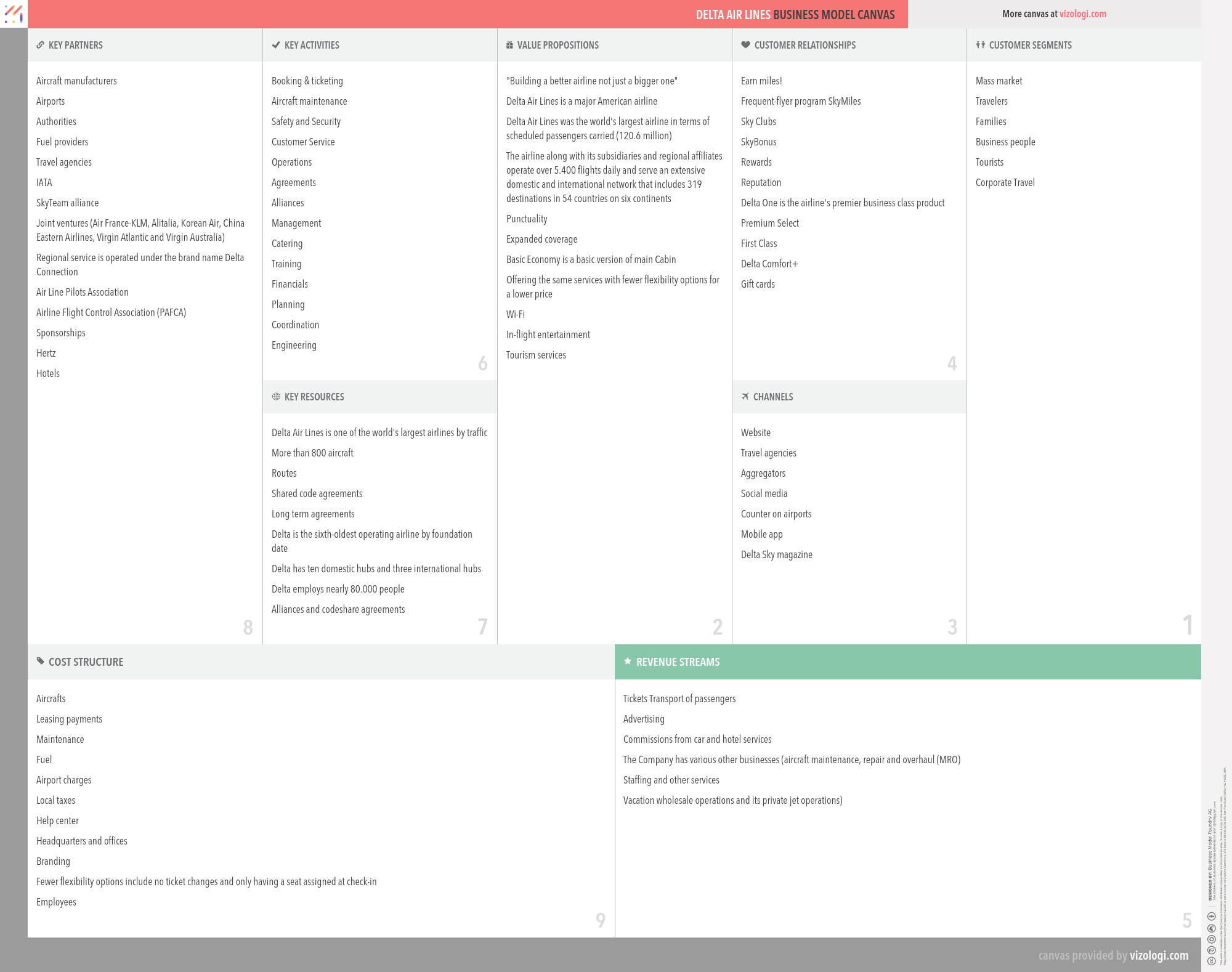 Delta Air Lines, Inc., incorporated on March 16, 1967, provides scheduled air transportation for passengers and cargo throughout the United States and across the world. The company's Segments include Airline and Refinery. The company's route network is centered around a system of hub, international gateway, and airports that the company operates in Amsterdam, Atlanta, Boston, Detroit, London-Heathrow, Los Angeles, Minneapolis-St. Paul, New York-LaGuardia, New York- John F Kennedy International Airport, Paris-Charles de Gaulle, Salt Lake City, Seattle, and Tokyo-Narita. Each of these operations includes flights that gather and distribute traffic from markets in the geographic region surrounding the hub or gateway to domestic and international cities and other hubs or gateways.