Why Augur's Business Model is so successful? 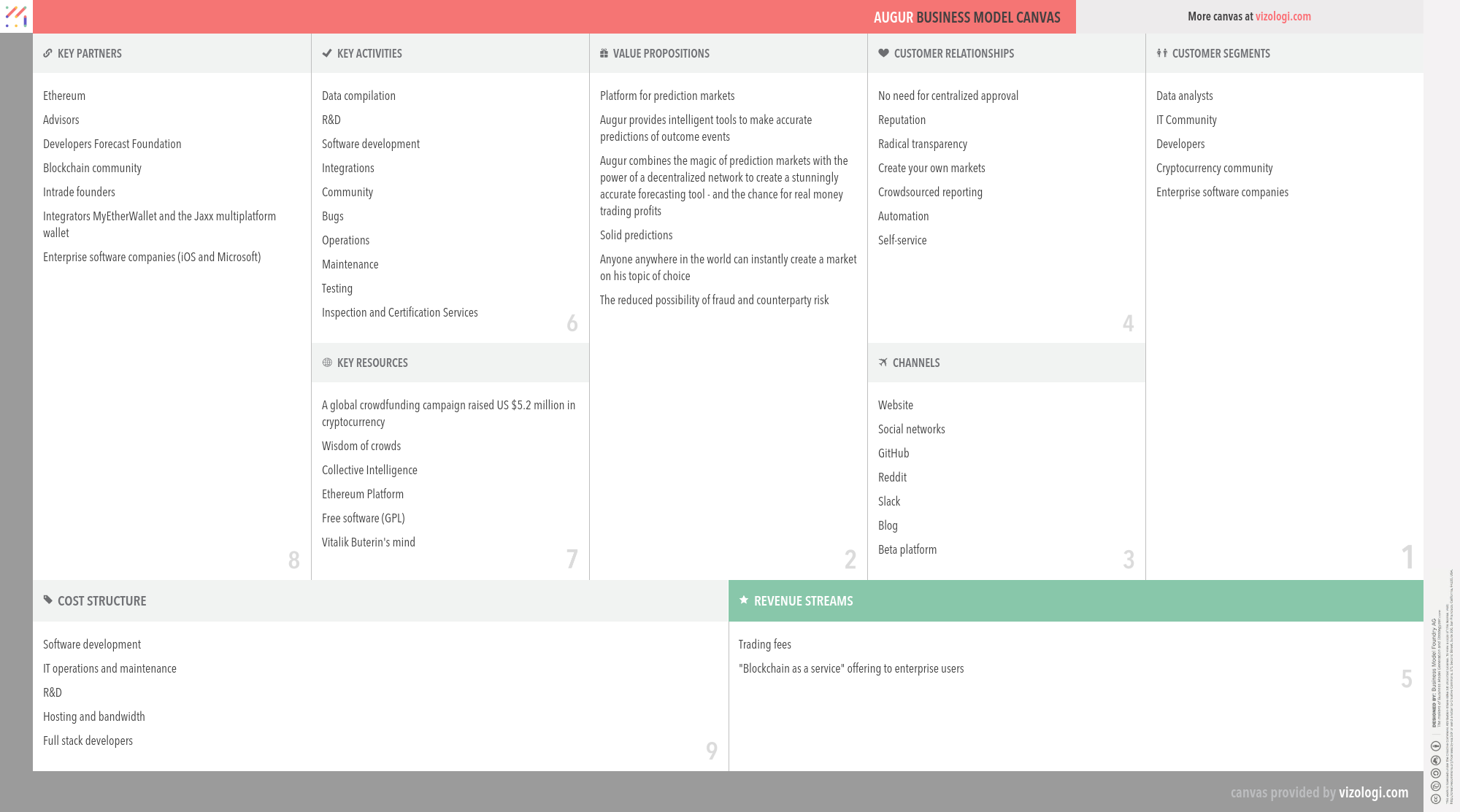 Augur is a fully open-source and decentralized prediction market platform built on Ethereum, a blockchain technology that allows for the execution of smart contracts. JavaScript is also used for a browser-based GUI supplementing the command line. notable supporters of the project include Intrade co-founder Ron Bernstein, the Thiel Foundation, and Vitalik Buterin.

AdMob is a mobile advertising network that helps app developers monetize and promote their mobile and tablet a...
View Canvas
datamonetizationadvertisingpublishinginformationanalyticsusersengagementmobile