Why Blendle's Business Model is so successful? 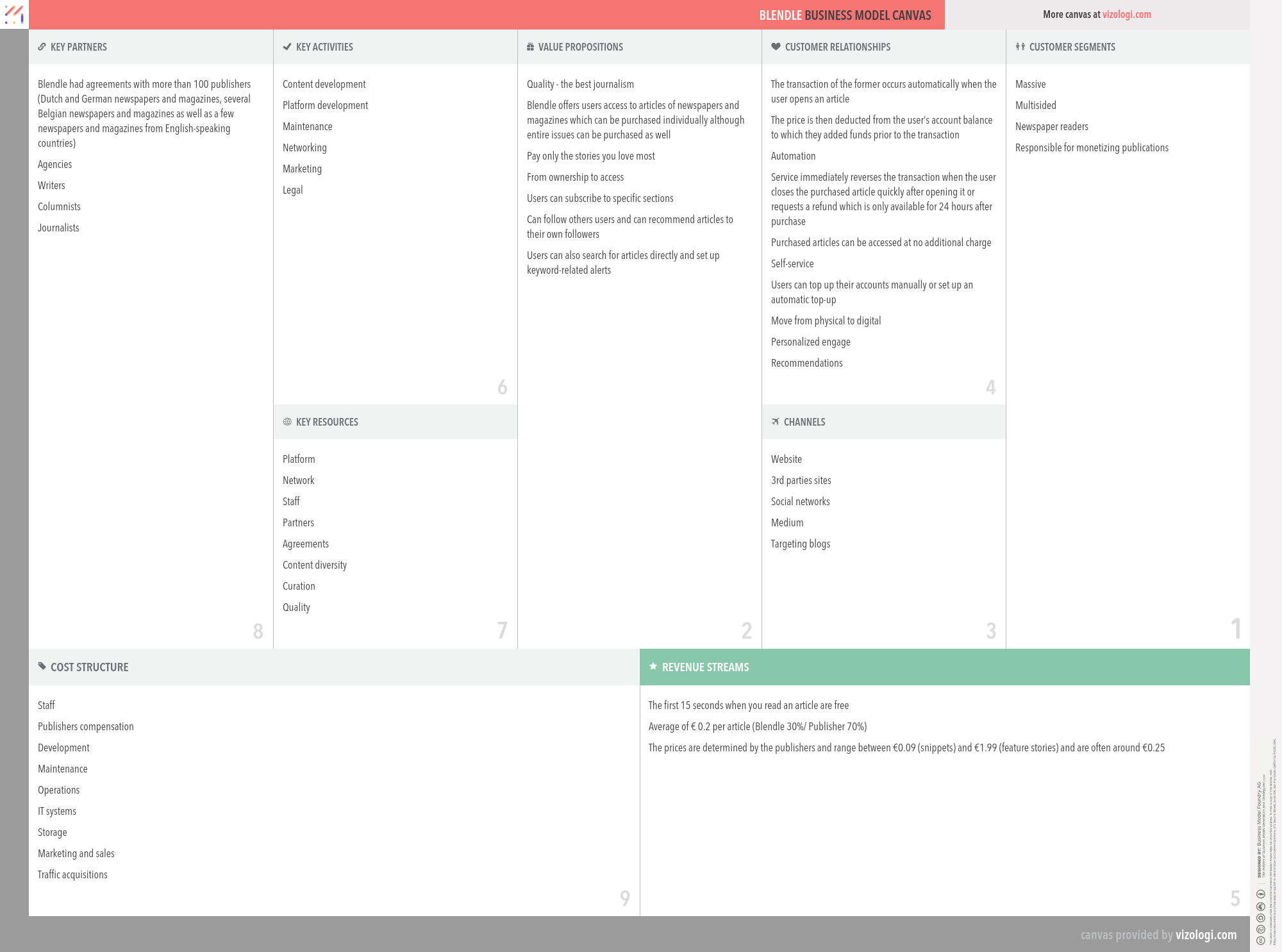 Blendle is a Dutch online news platform that aggregates articles from a variety of newspapers and magazines and sells them on a pay-per-article basis. The key differences to similar websites are the participation by otherwise commercially unrelated news services in a single platform and the ability for registered users to easily pay a small price per article. It has been called an "iTunes for news" in various media.

Curated retail guarantees focused shopping and product relevance; it presents a consumer with the most appropriate options based on past purchases, interactions, and established preferences. It may be provided via human guidance, algorithmic recommendations, or a combination of the two.

Consolidating numerous distribution routes into one to achieve greater economic efficiency. A business model for internet commerce in which a company (that does not manufacture or warehouse any item) gathers (aggregates) information about products and services from many competing sources and displays it on its website. The firm's strength is in its power to create an 'environment' that attracts users to its website and develop a system that facilitates pricing and specification matching.

The rental model for signatures was developed in response to the widespread use of monthly fees to generate income in businesses that primarily deal in leasing. The subscription business model is when a customer pays a monthly fee to access a product/service. Although magazines and newspapers pioneered the concept, it is currently utilized by a wide variety of companies and websites.

Not Safe For Work Corporation is the Future of Journalism (With Jokes). Founded as a weekly, digital-only, new...
View Canvas
newseBooksdigitalpublicationmagazineadsmarketingreaderse-readers

The Financial Times is one of the world’s leading news organizations, recognized internationally for its aut...
View Canvas
newsfinancedigital mediapublishingadvertisingbusinessopinioneconomicseditorialjournalism