Why Captricity's Business Model is so successful? 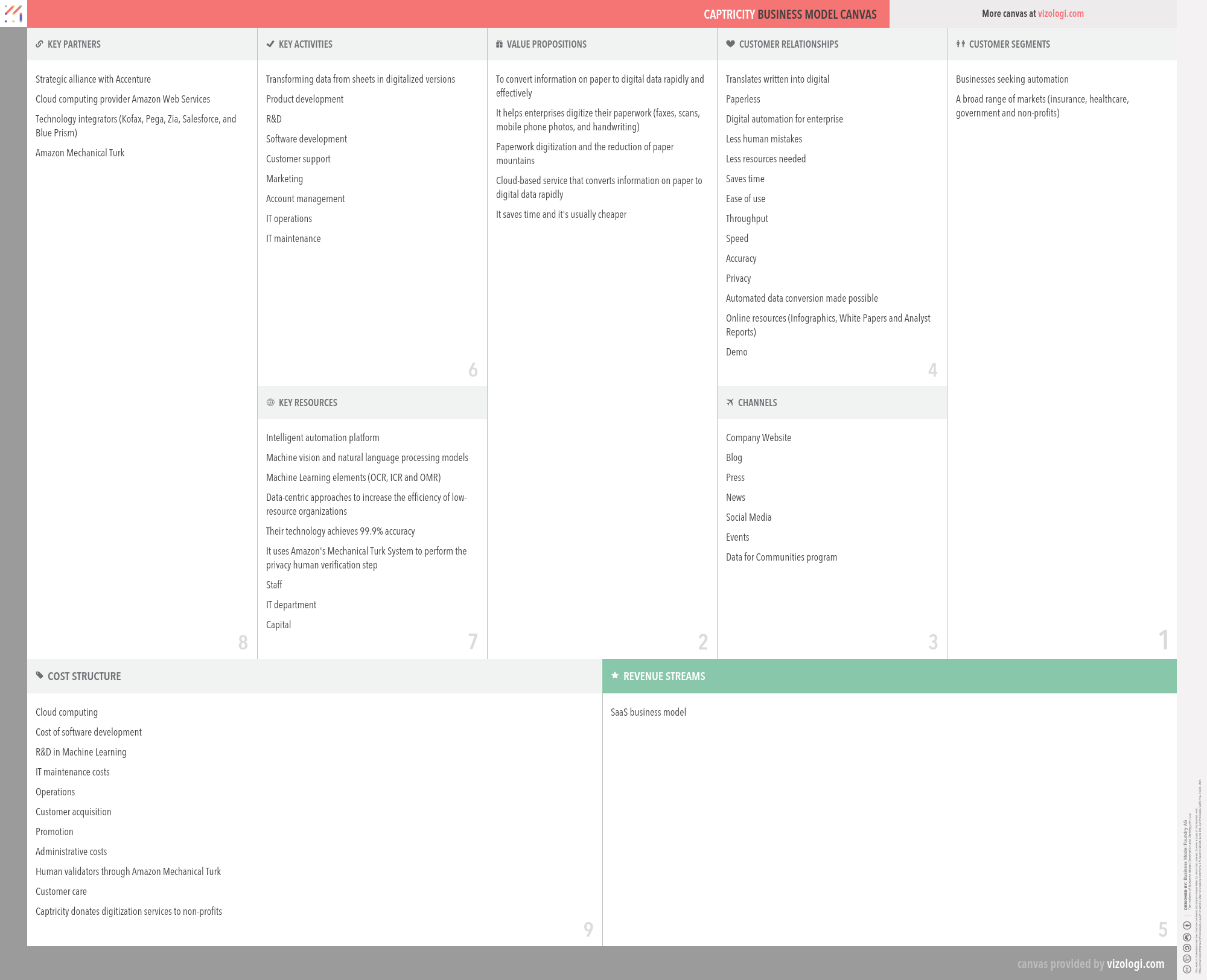 Captricity, Inc. develops artificial intelligence solution for organizations to access and extract data. Its software extracts data from various sources, such as paper documents, scans, faxes, emails, call centers, and web forms. The company enables organizations in data recognition by automating and optimizing document workflows, handwriting recognition by extracting and transforming handwritten and typed data into digital form, cloud scalability by scaling up and down between projects, and enterprise security by aligning them to compliance frameworks set by similar organizations. In addition, it offers Shreddr Technology, a technology that shreds data into fields, validates the information using machine-learning algorithms and crowd-guided verification, and processes data with the help of data entry workers.

An additional item offered to a customer of a primary product or service is referred to as an add-on sale. Depending on the industry, add-on sales may generate substantial income and profits for a firm. For example, when a customer has decided to purchase the core product or service, the salesman at an automotive dealership will usually offer an add-on sale. The pattern is used in the price of new software programs based on access to new features, number of users, and so forth.

Tag management refers to the capability of the collaborative software to handle both your own and user-generated tags. Marketers use various third-party solutions to enhance their websites, video content, and mobile applications. Web analytics, campaign analytics, audience measurement, customization, A/B testing, ad servers, retargeting, and conversion tracking are examples of such systems. At its most fundamental level, tag management enables new methods for your business model to use data.