Why Crowdrise's Business Model is so successful? 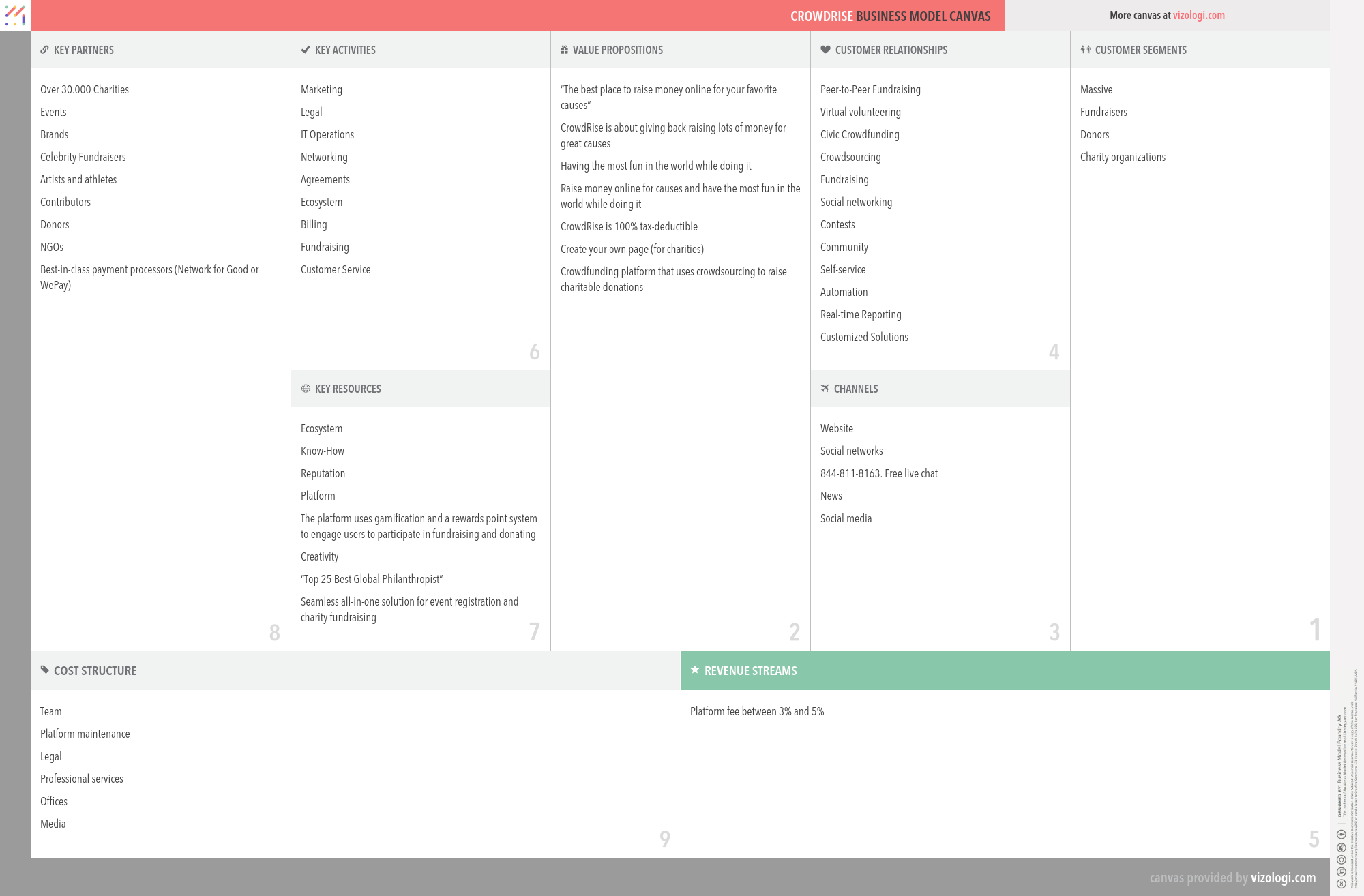 Crowdrise is the world’s largest and fastest​-​growing fundraising platform dedicated exclusively to charitable giving. CrowdRise is used by millions of individuals to raise money for their favorite charities​ and personal causes.​

An additional item offered to a customer of a primary product or service is referred to as an add-on sale. Depending on the industry, add-on sales may generate substantial income and profits for a firm. For example, when a customer has decided to purchase the core product or service, the salesman at an automotive dealership will usually offer an add-on sale. The pattern is used in the price of new software programs based on access to new features, number of users, and so forth.

Blended value is a relatively new conceptual framework in which non-profit organizations, companies, and investments are assessed on their capacity to create a combination of financial, social, and environmental value. Businesses that use mixed value business models actively enhance their social impact while maintaining economic efficiency. A fair-trade coffee cooperative, for example, generates social value via guaranteed minimum prices given to coffee growers and direct investments in community development.

Social responsibility will only be accurate if many managers embrace moral leadership rather than immoral leadership, organizational management, and business ethics that engage morals and values in corporate governance. In a nutshell, it addresses the concept of who or what really matters.

HandUp is an online donation service that gives nonproﬁt agencies, homeless people, and others in need a pla...
View Canvas
donationscharitypovertynonprofitplatformdonorsdonationscrowdfunding/entertainmentsocialhomeless Shelter

Catarse is a funding platform that enables users to raise money for creative projects in Brazil collaborativel...
View Canvas
crowdsourcingcrowdfundingfinanceplatformprojectscreatorscreativitycategories