Why Destak's Business Model is so successful? 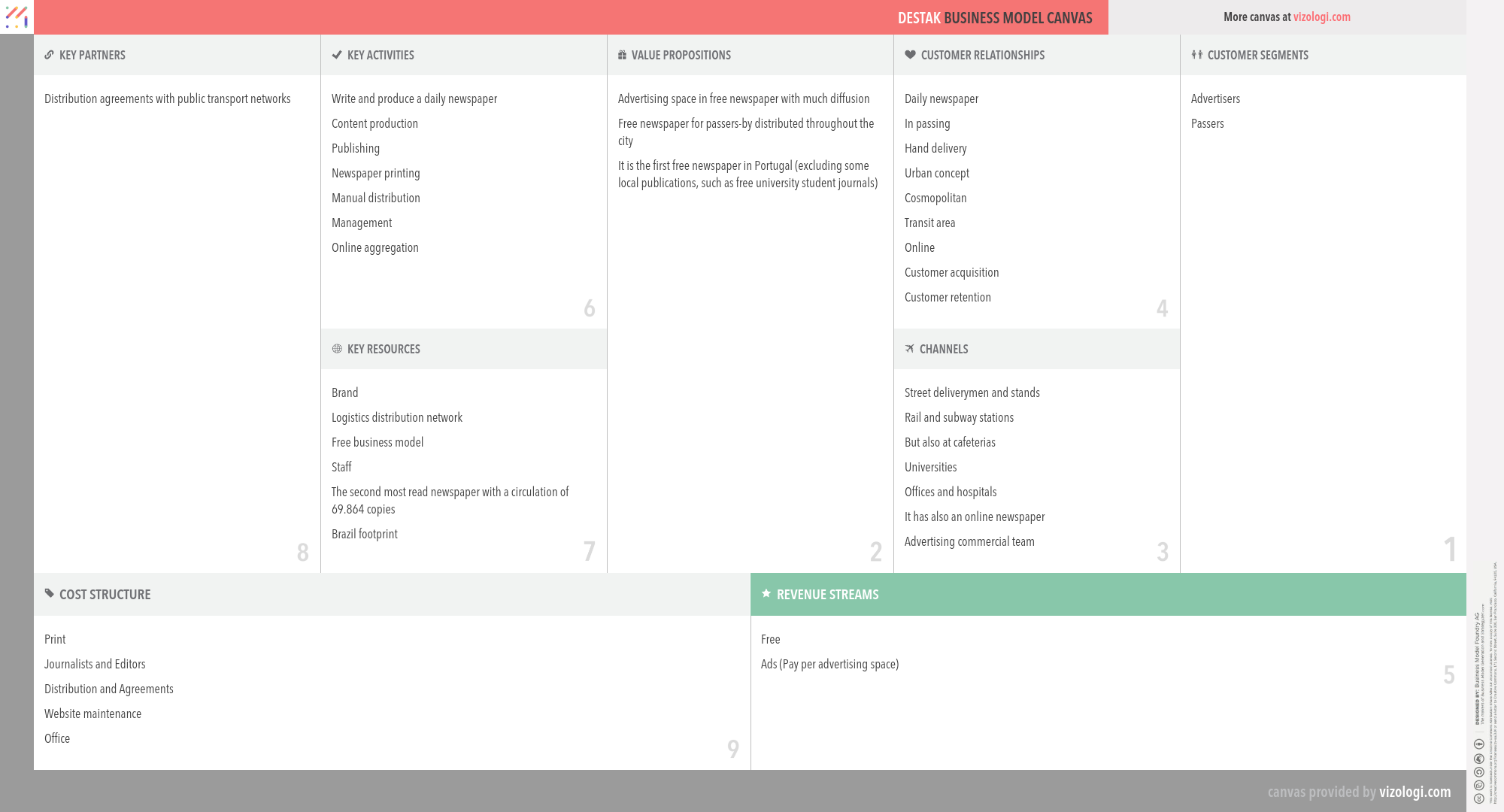 Destak is a Portuguese free daily newspaper, which is distributed in Lisbon, Porto and Coimbra, and also other Portuguese cities. It is the first free newspaper in Portugal (excluding some local publications, such as free university student journals), prior to the Portuguese edition of Metro International. The paper is chiefly offered at rail and subway stations, but also at cafeterias, universities, offices and hospitals. It has also an online newspaper.

Classified advertising is most prevalent in newspapers, online publications, and other periodicals that may be sold or given for free. As a result, classified ads are much less expensive than more prominent display ads companies use, even though advertisements are more prevalent.

The Financial Times is one of the world’s leading news organizations, recognized internationally for its aut...
View Canvas
newsfinancedigital mediapublishingadvertisingbusinessopinioneconomicseditorialjournalism