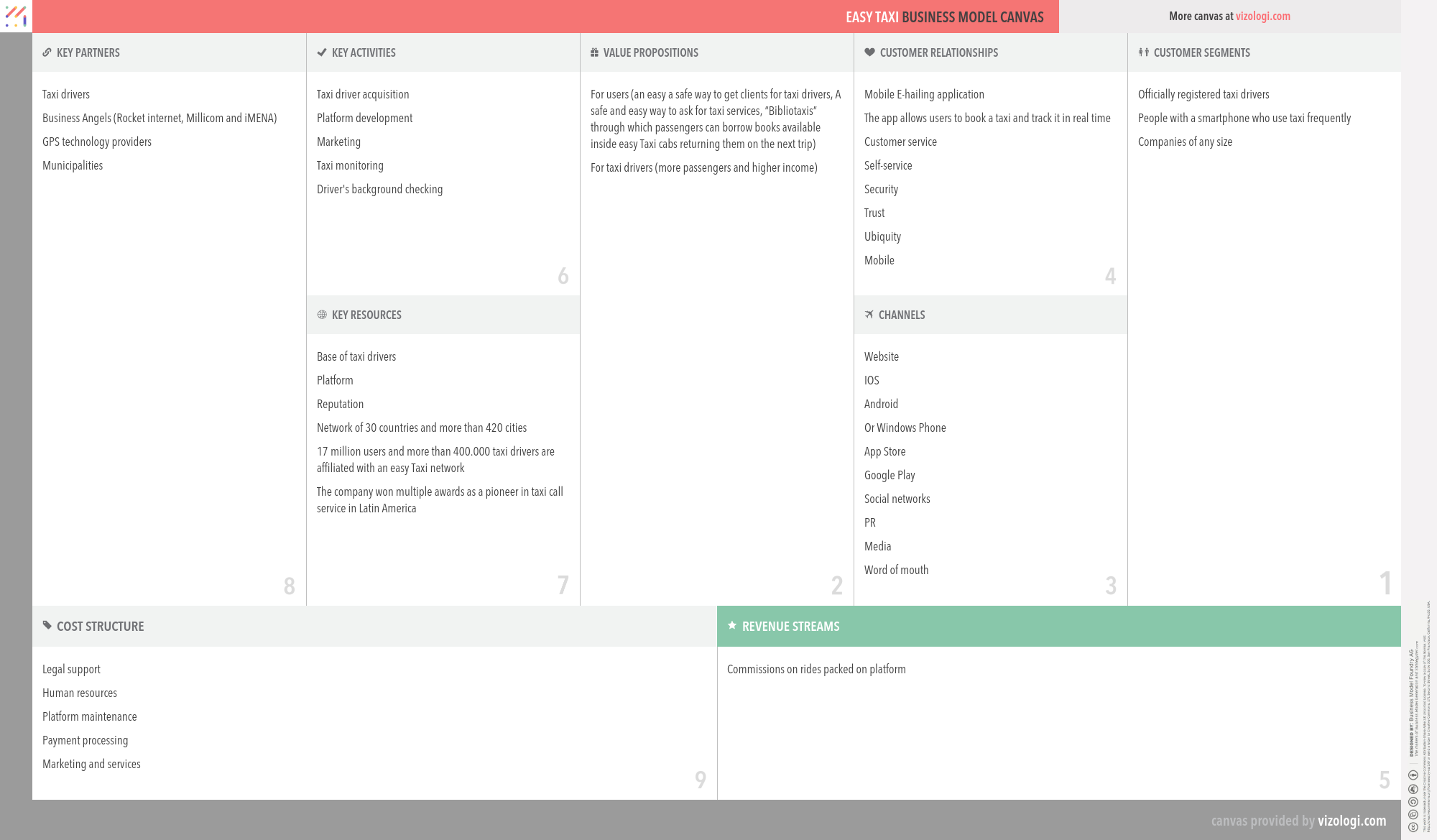 Easy Taxi is the most downloaded taxi app in the world. The application connects taxi drivers and passengers allowing them to experience a fast, convenient and safe ride, at just a tap of a button. Easy Taxi is available for Android, iOS, Windows Phone, and BlackBerry devices, as well as for B2B clients through Easy Taxi PRO and Easy Taxi Corporate solutions.

Why Easy Taxi’s Business Model is so successful?