Why DiDi Chuxing's Business Model is so successful? 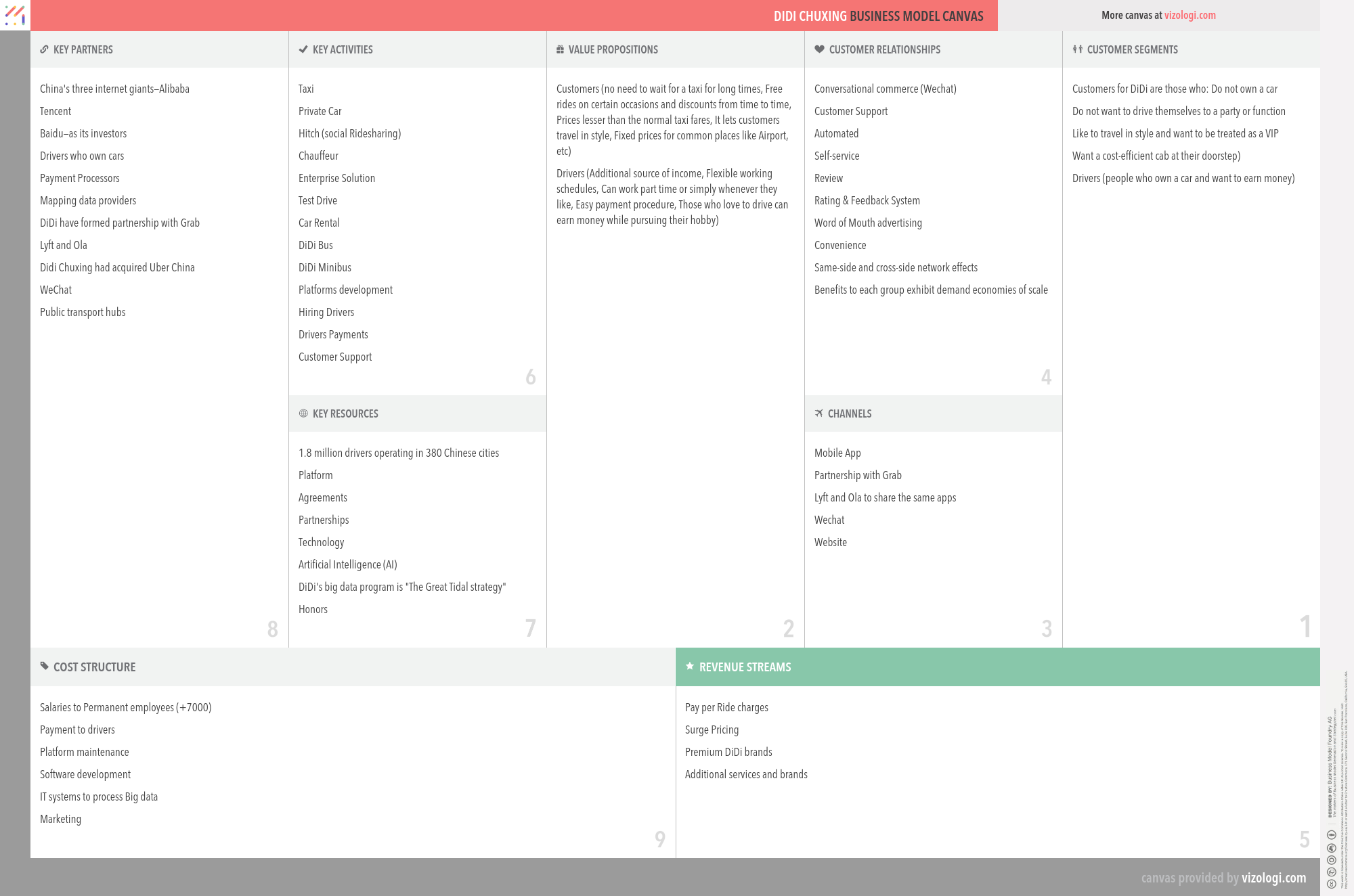 The business model archetypes include many business personalities and more than one business model linked to various goods or services. There is a common foundation behind the scenes of each unit, but from a management standpoint, each group may operate independently.

Easy Taxi is the most downloaded taxi app in the world. The application connects taxi drivers and passengers a...
View Canvas
taxi driverspublic transportationautomotiveridestaxion linemobilesharingtracking