Why Grameen Bank's Business Model is so successful? 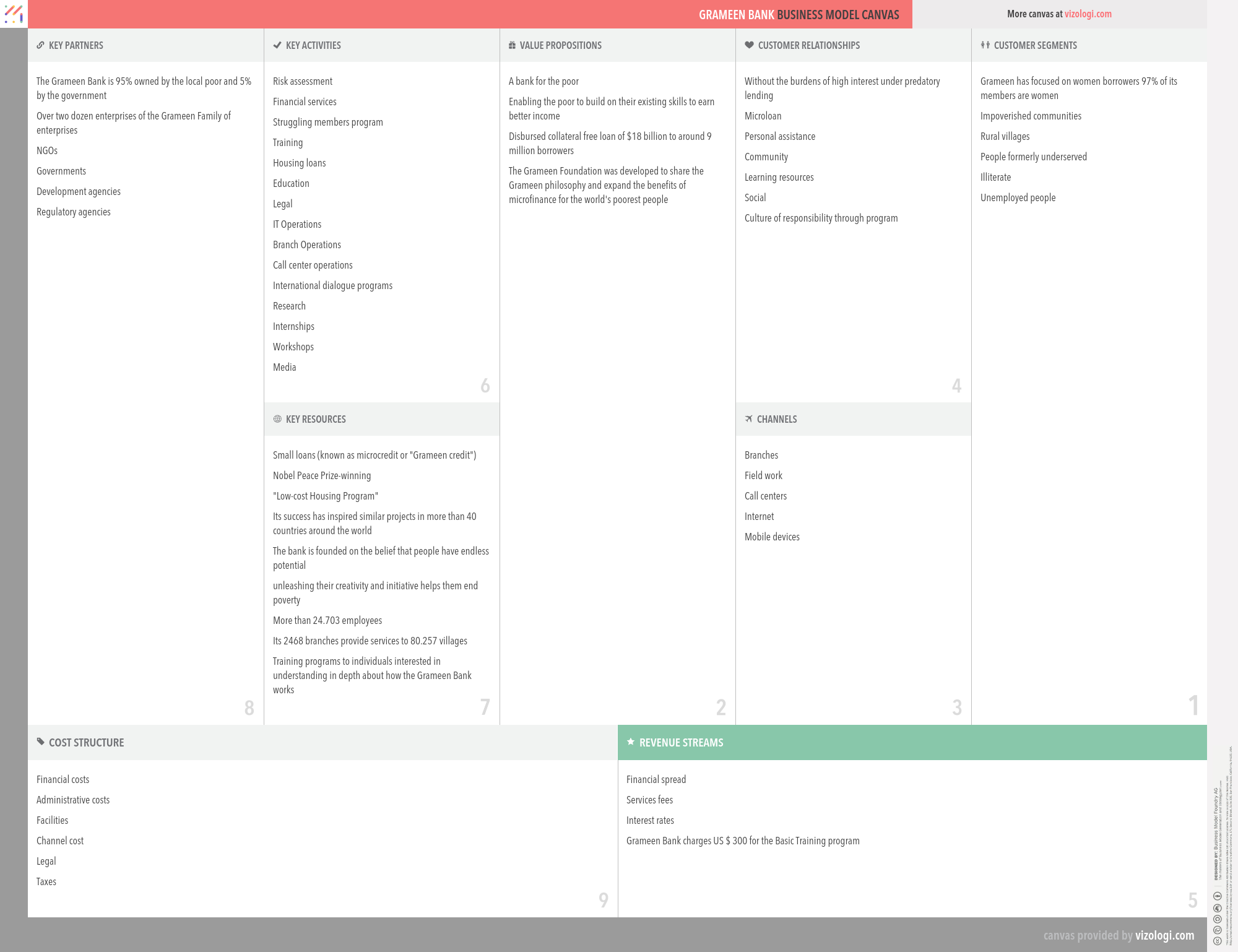 Grameen Bank (GB) has reversed conventional banking practice by removing the need for collateral and created a banking system based on mutual trust, accountability, participation, and creativity. GB provides credit to the poorest of the poor in rural Bangladesh, without any collateral. At GB, credit is a cost effective weapon to fight poverty, and it serves as a catalyst for the overall development of socio-economic conditions of the poor who have been kept outside the banking orbit on the ground that they are poor and hence not bankable. Professor Muhammad Yunus, the founder of “Grameen Bank,” reasoned that if Financial resources can be made available to the poor people on terms and conditions that are appropriate and reasonable, “these millions of small people with their millions of small pursuits can add up to create the biggest development wonder.”

Blended value is a relatively new conceptual framework in which non-profit organizations, companies, and investments are assessed on their capacity to create a combination of financial, social, and environmental value. Businesses that use mixed value business models actively enhance their social impact while maintaining economic efficiency. A fair-trade coffee cooperative, for example, generates social value via guaranteed minimum prices given to coffee growers and direct investments in community development.

Consumers' co-operative are enterprises owned by consumers and managed democratically which aim at fulfilling the needs and aspirations of their members. They operate within the market system, independently of the state, as a form of mutual aid, oriented toward service rather than pecuniary profit. Consumers' cooperatives often take the form of retail outlets owned and operated by their consumers, such as food co-ops.

Social responsibility will only be accurate if many managers embrace moral leadership rather than immoral leadership, organizational management, and business ethics that engage morals and values in corporate governance. In a nutshell, it addresses the concept of who or what really matters.

ICBC is a Chinese multinational banking company, and the largest bank in the world by total assets and by mark...
View Canvas
bankingfinancial servicesfinanceinvestment servicesloanslendingintermediationpersonalcorporate