Why Napster's Business Model is so successful? 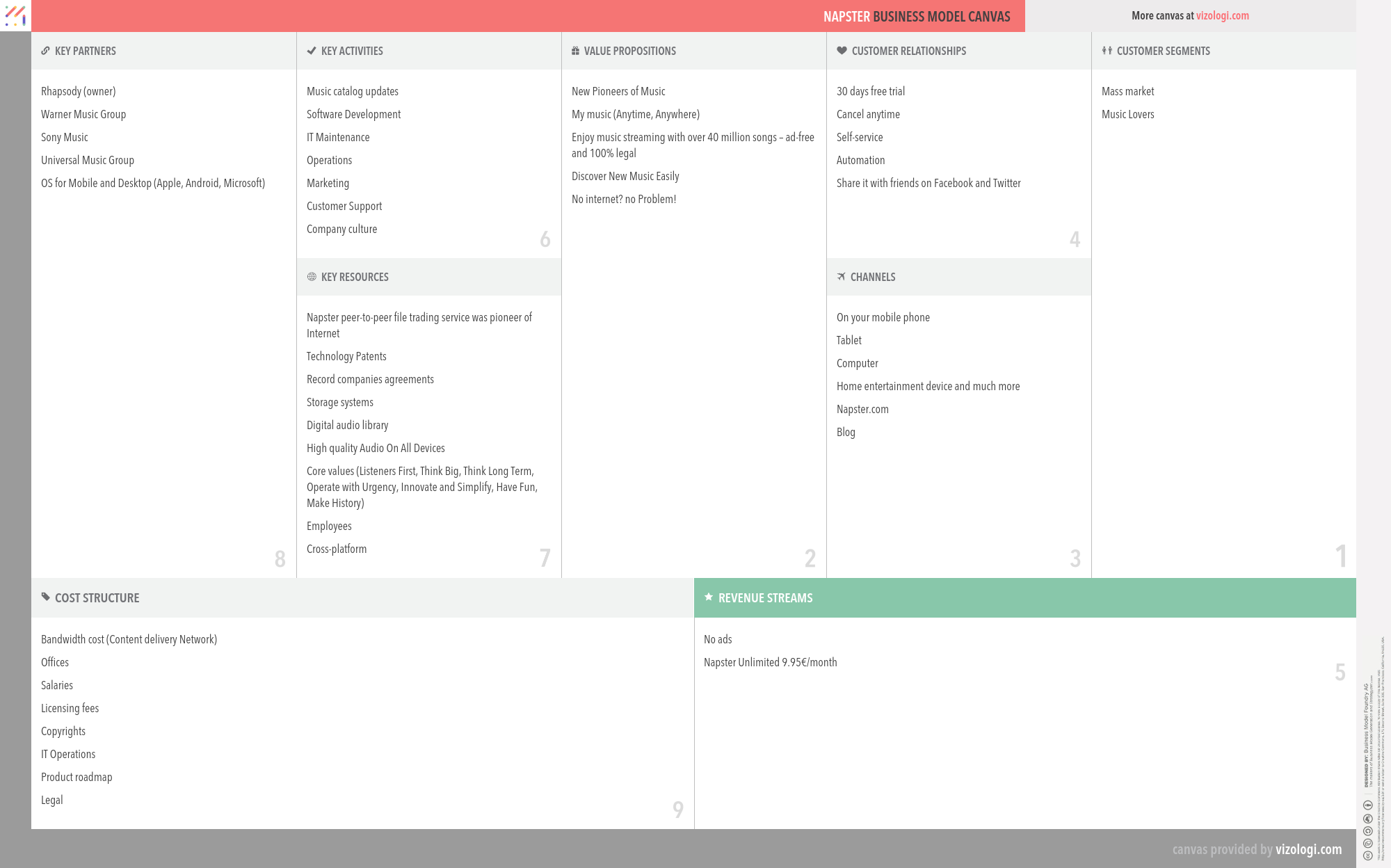 Napster’s leading streaming music services give members ad-free access to more than 32 million songs. Whether they're listening on their phone, at home, at work, or in the car, Napster goes where they go. Their expert team of editors creates a curated music experience that's easy for members worldwide to gather and enjoy new original content including videos, playlists, reviews, and radio stations -- anytime and anywhere.

Orchestrators are businesses that outsource a substantial portion of their operations and processes to third-party service providers or third-party vendors. The fundamental objective of this business strategy is to concentrate internal resources on core and essential functions while contracting out the remainder of the work to other businesses, thus reducing costs.

Texture by Next Issue Business Model

Previously known as Next Issue, the Texture Apps for iPad® and iPhone®, Android™ and Windows® 8 PCs and t...
View Canvas
magazinesdigitalonlineappmobilePCstabletscontentall-access pass