Why Numenta's Business Model is so successful? 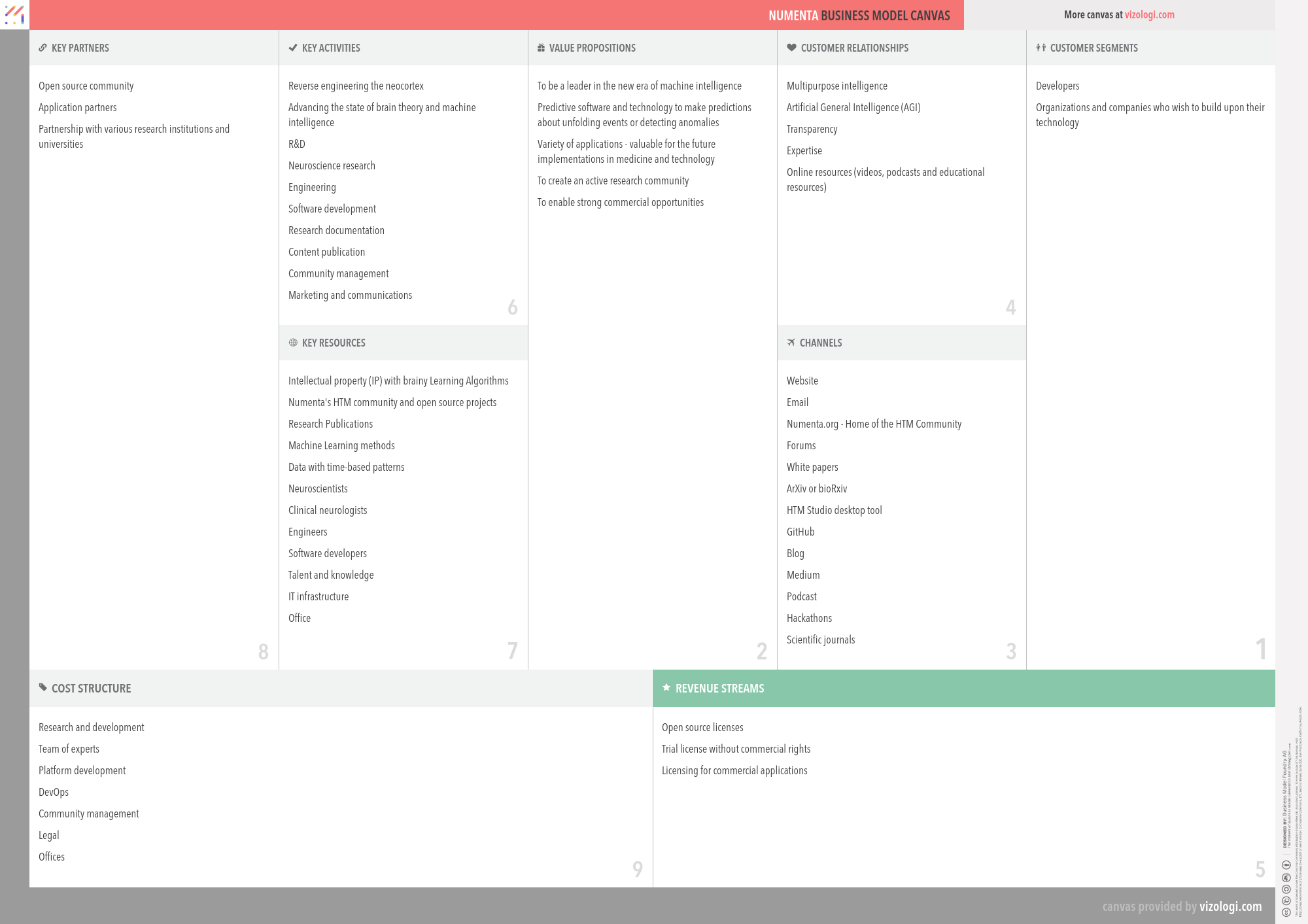 Numenta, Inc. develops enterprise-level pattern recognition and anomaly-detection software solutions using machine intelligence, Machine Learning, cognitive computing, and other technologies. The company offers Grok for IT Analytics that automatically learns changing patterns in individual servers; detects anomalies when servers and applications behave differently from the norm; and automatically discovers time-based patterns in data, as well as generalizes from experience. It also offers Rogue Behavior Detection that models normal behavior of individuals; and detects changes in behavior indicative of unauthorized file access or unauthorized trading. In addition, the company offers Geospatial Tracking that detects anomalies in the movement of people, objects, or material using speed and location data; and enables logistics optimization. Its machine intelligence algorithms, encoders, and application codes are available through its Open-source project for developers.