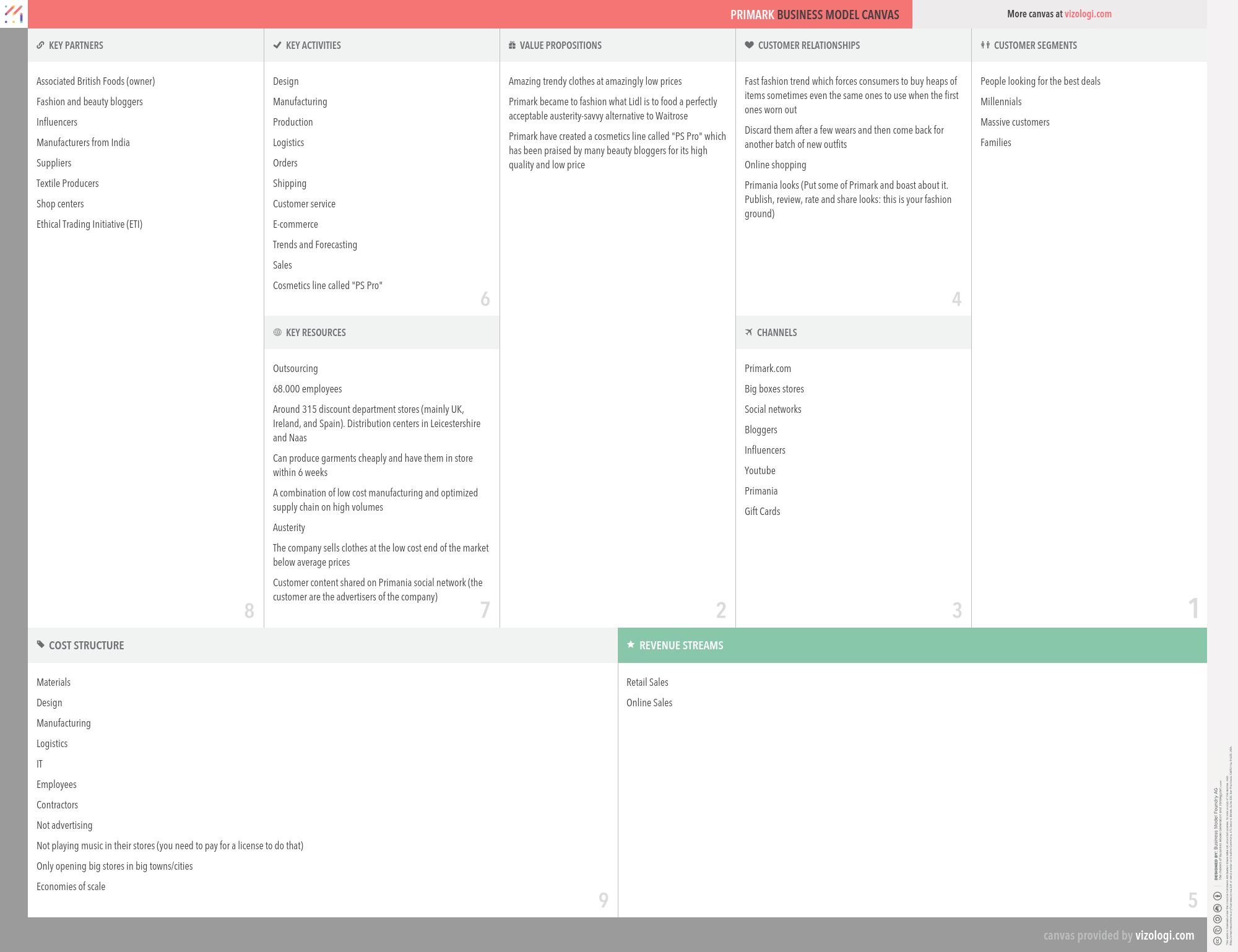 Primark wants to be the prime mark its customers think of when they need chic clothing on the cheap. The company, which does business as Penneys in Ireland, operates about 270 discount department stores mainly in the UK, Ireland, and Spain, but also in several other countries in Europe. The UK's second-largest clothing retailer and its largest discounter targets the under-35-year-old, fashion-conscious market and features departments including women swear, lingerie, children swear, menswear, footwear, accessories, and household textiles. It supplies its stores from distribution centers in Leicestershire and Naas. Primark, a subsidiary of Associated British Foods, was founded by then-chairman Arthur Ryan.