Why Ross Stores's Business Model is so successful? 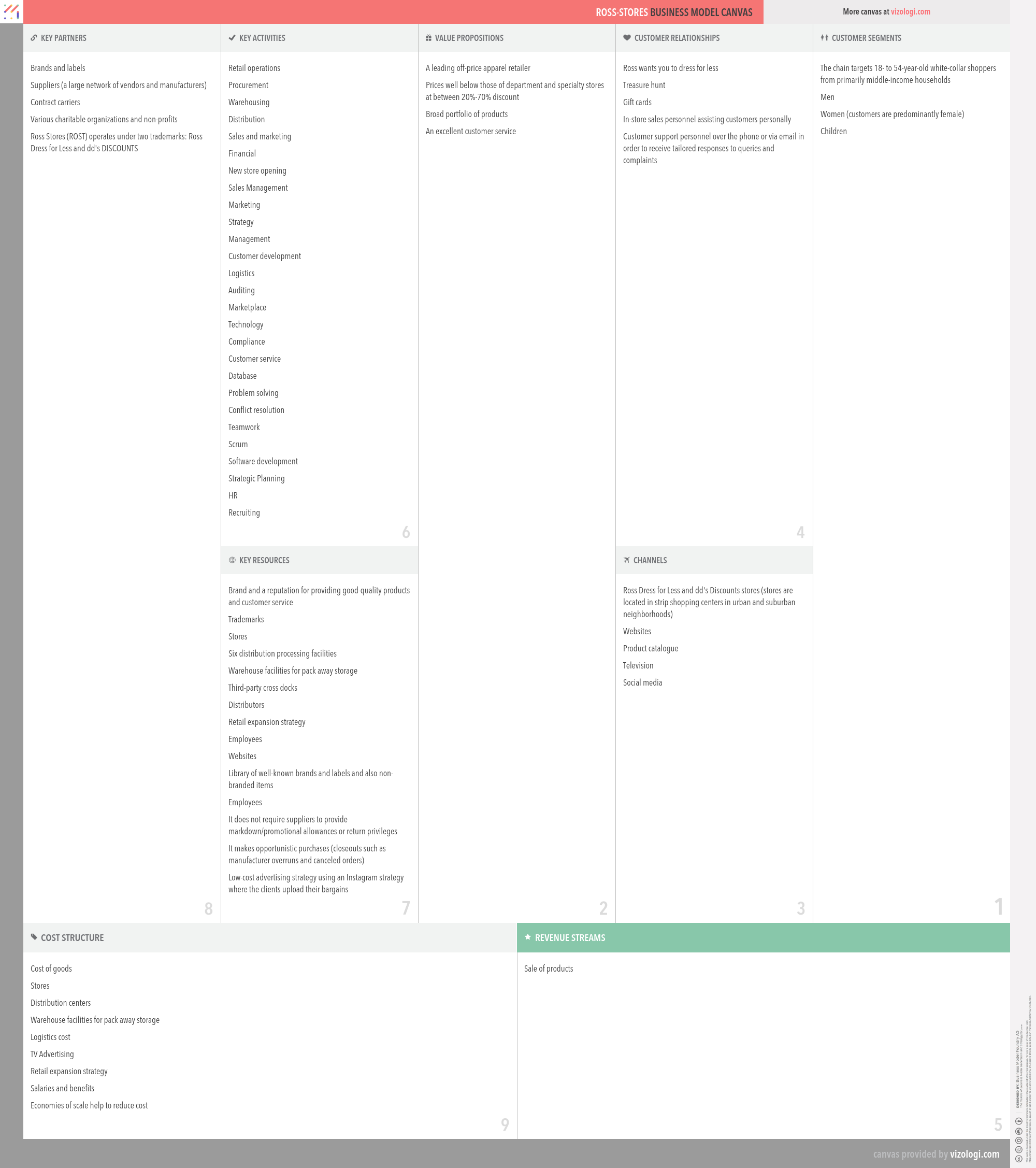 Ross Stores, Inc., together with its subsidiaries, operates off-price retail apparel and home fashion stores under the Ross Dress for Less and dd’s DISCOUNTS brands in the United States. It primarily offers apparel, accessories, footwear, and home fashions. The company’s Ross Dress for Less stores sell its products at department and specialty stores primarily to middle income households; and dd’s DISCOUNTS stores sell its products at department and discount stores regular prices to customers from households with moderate income. As of June 29. 2018. it operated 1.650 off-price apparel and home fashion stores in 38 states, the District of Columbia, and Guam.

A no frills service or product has been stripped of non-essential elements to keep the price low. Initially, the word frills referred to a kind of cloth embellishment. Something provided free of charge to clients may be a frill - for example, complimentary beverages on airline flights or a radio fitted in a rental vehicle. No-frills companies rely on the premise that by eliminating opulent extras, consumers may benefit from reduced costs. Budget airlines, supermarkets, holidays, and pre-owned cars are examples of everyday goods and services with no-frills branding.

Remainder retail (affectionately referred to as daily deal, flash sale, or one deal a day) is an online business strategy in which a website sells a single product for a period of 24 to 36 hours. Customers may join deal-a-day websites as members and get online deals and invite through email or social media. The deal-of-the-day business model works by enabling merchants to advertise discounted services or goods directly to the deal company's consumers, with the deal company receiving a cut of the retailer's earnings. This enables merchants to foster brand loyalty and rapidly liquidate excess inventory.

A store-within-a-store, sometimes known as a shop-in-shop, is an arrangement in which a retailer leases out a portion of its retail space to another business to operate another independent store. This arrangement is prevalent with gas stations and supermarkets. In addition, numerous bookstores collaborate with coffee shops since consumers often want a spot to relax and enjoy a beverage while browsing. Frequently, the shop-within-a-store is owned by a manufacturer who operates an outlet inside a retailer's store.

Overstock.com, Inc. operates as an online retailer in the United States. It operates in two segments, Direct a...
View Canvas
e-tailerinternetfurniturehome decorbeddingbathhousewaresjewelrywatchesapparelaccessorieshealth and beauty productselectronicscomputerssporting goodskitchen