Why Skunk Works's Business Model is so successful? 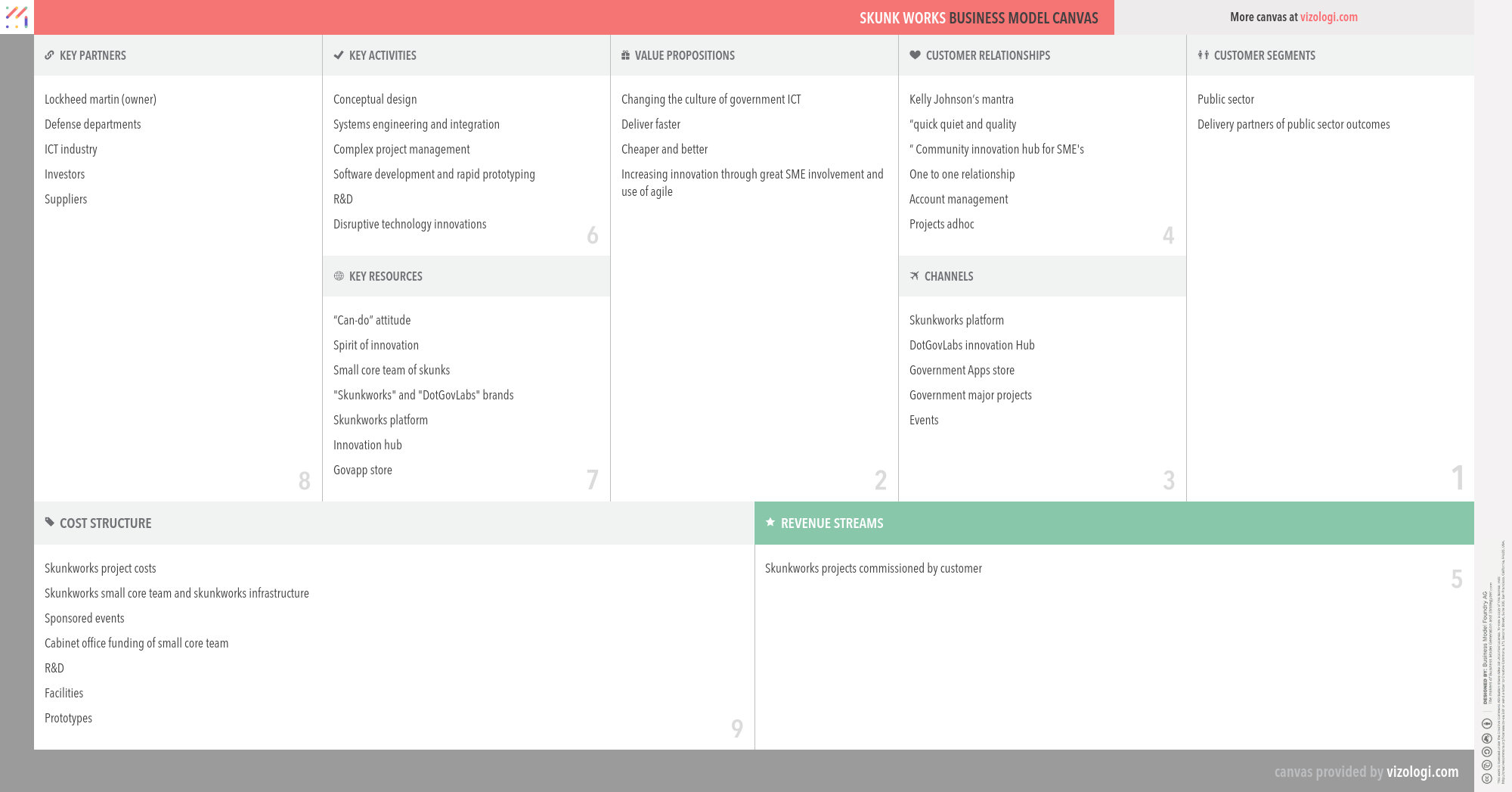 The Skunk Works of today is focused on the critical aircraft for tomorrow. Advanced technology solutions for manned and unmanned systems draw on our world-class capabilities in conceptual design, systems engineering and integration, complex project management, software development and rapid prototyping. These core capabilities tie to the foundation of the Skunk Works where founder Kelly Johnson’s mantra, “quick, quiet and quality,” guides each and every project from concept to flight.

Certification is a term that refers to the verification of an object's, person's, or organization's unique qualities. Usually, although not always, this validation comes in the form of an external review, education, evaluation, or audit. Accreditation is the procedure through which a particular organization is certified. The majority of contemporary software vendors provide certification to standardize and resell their goods and services.

Space technology is a term that refers to technology created by space science or the aerospace industry for use in spaceflight, satellites, and space exploration. Space technology includes spacecraft, satellites, space stations, and the infrastructure, equipment, and procedures necessary to support them. Space is such an unfamiliar environment that was trying to operate in it necessitates developing innovative tools and methods. In addition, numerous daily services, like weather forecasting, remote sensing, GPS systems, satellite television, and specific long-distance communications systems, depend heavily on space infrastructure.

The Aviation Industry Corporation of China (AVIC) was founded on November 6th, 2008 through the restructuring ...
View Canvas
aerospacedefenseelectronicsaircraftaviationair transporthelicoptersautomotivestate-owned