Why TopCoder's Business Model is so successful? 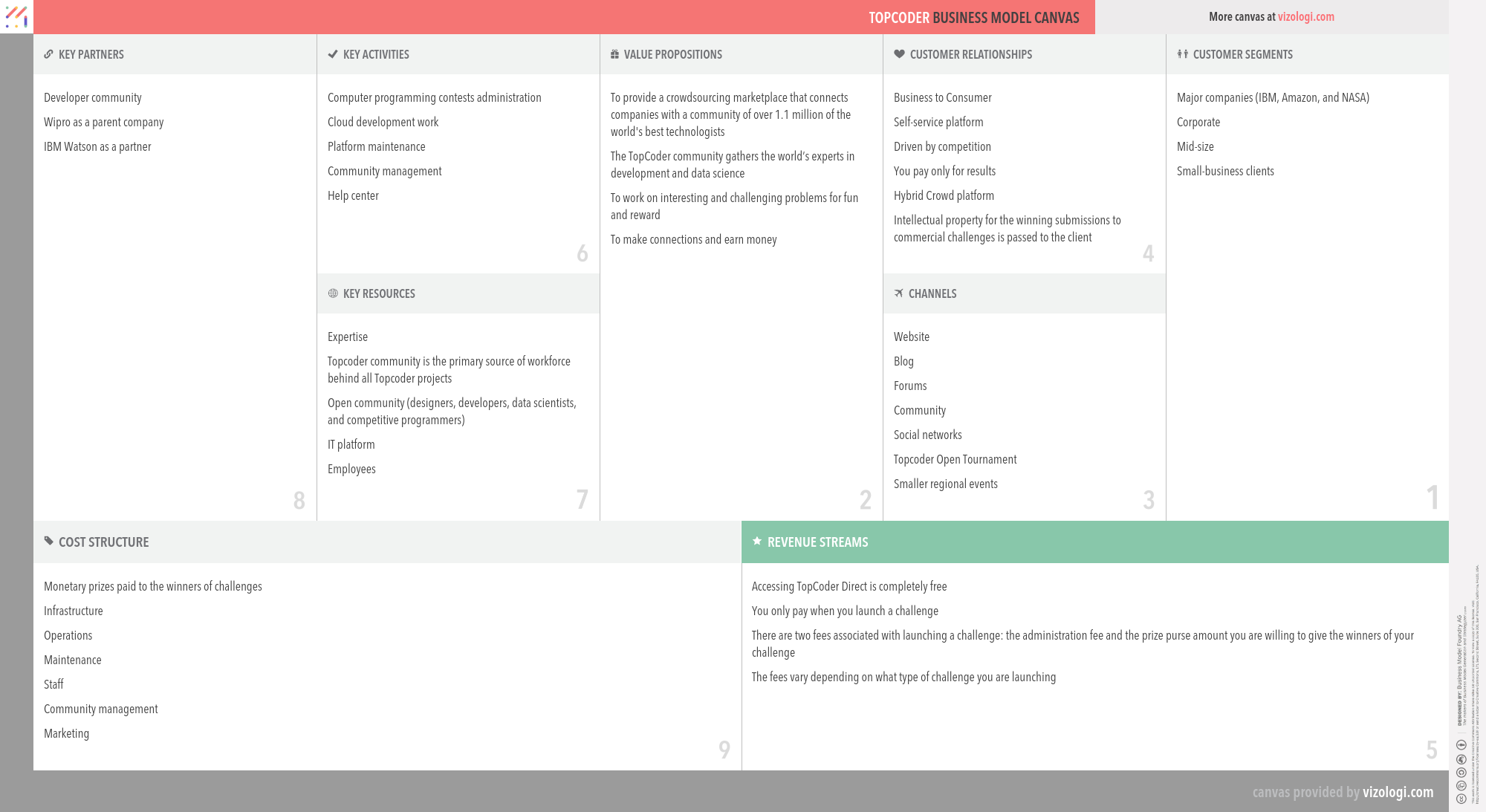 TopCoder, Inc., a crowdsourcing marketplace that connects businesses with designers, developers, data scientists, and algorithmists. It offers services in the areas of mobile and Web applications development; and algorithm and analytics products.

This pattern is used to connecting individuals. It offers essential services for free but charges for extra services. The network effect is a paradox that occurs when more people utilize a product or service, the more valuable it becomes.

Users of a specific software product may band together to fund the development of a requested feature or capability via an open-source bounty. Offering bounties as a source of financing has been around for some time. For example, Bountysource has been an online site providing this kind of financing for open-source software since 2003. Another source of bounties is businesses or foundations that establish bounties for incorporated features or bug fixes in open-source software that is useful to them. For example, Mozilla has been compensating and supporting freelance open-source engineers to track down and patch security bugs since 2004.

Remote OK is a daily listing of jobs where it's okay to work remotely.
View Canvas
jobsremotejobseekersworkinternetrecruitinghiringtalentskills

Speedlancer is a revolutionary task platform. They connect you to curated, professional suppliers in the desig...
View Canvas
freelancersjobstasksprojectsservicesmarketingcontententrepreneurskills