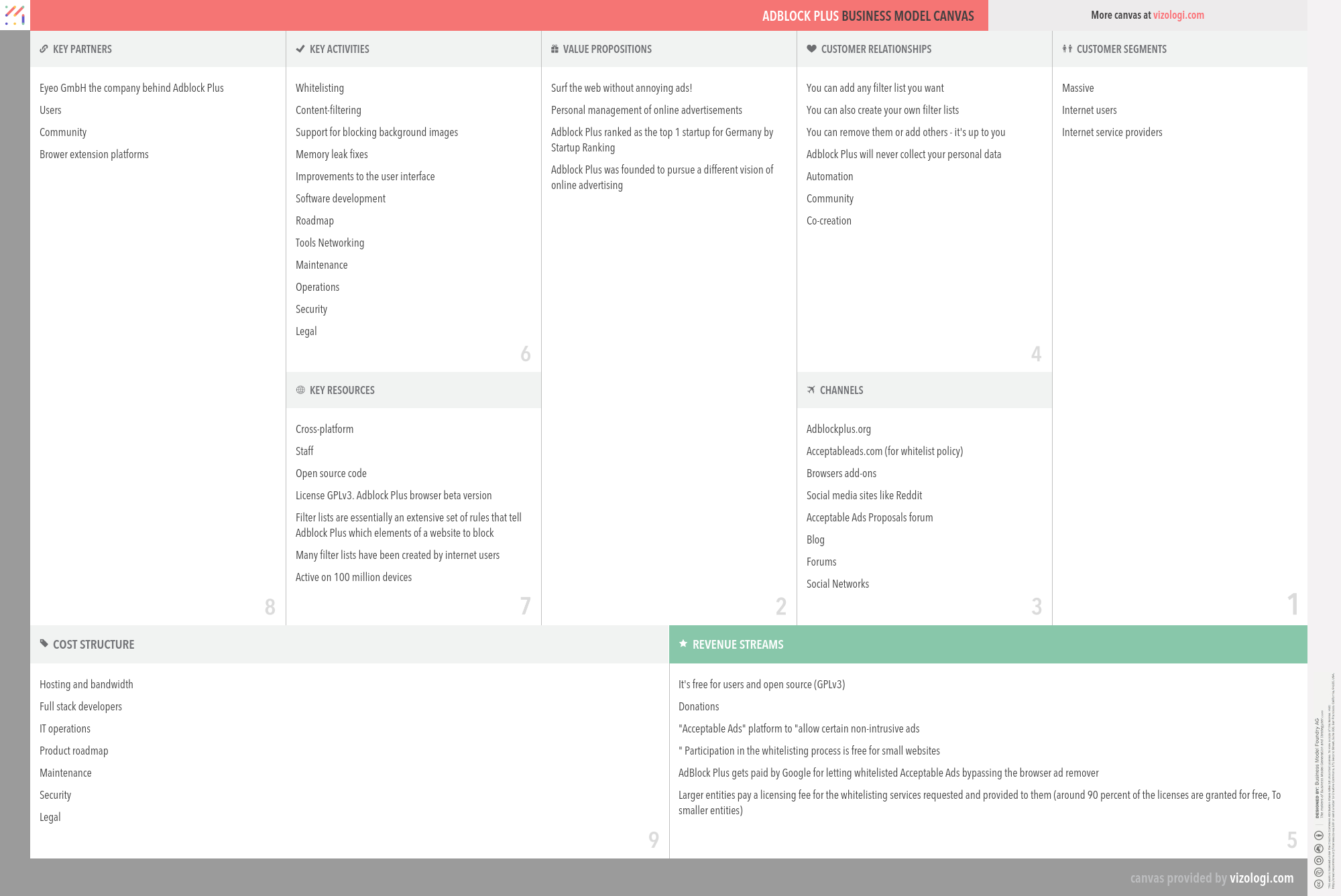 Adblock Plus is a free extension that allows you to - among other things - block annoying ads, disable tracking and block domains known to spread malware. Available for Android, Chrome, Firefox, internet Explorer, Maxthon, Opera, Safari and Yandex, Adblock Plus uses filters that you choose to block all unwanted elements.

Why Adblock Plus’s Business Model is so successful?