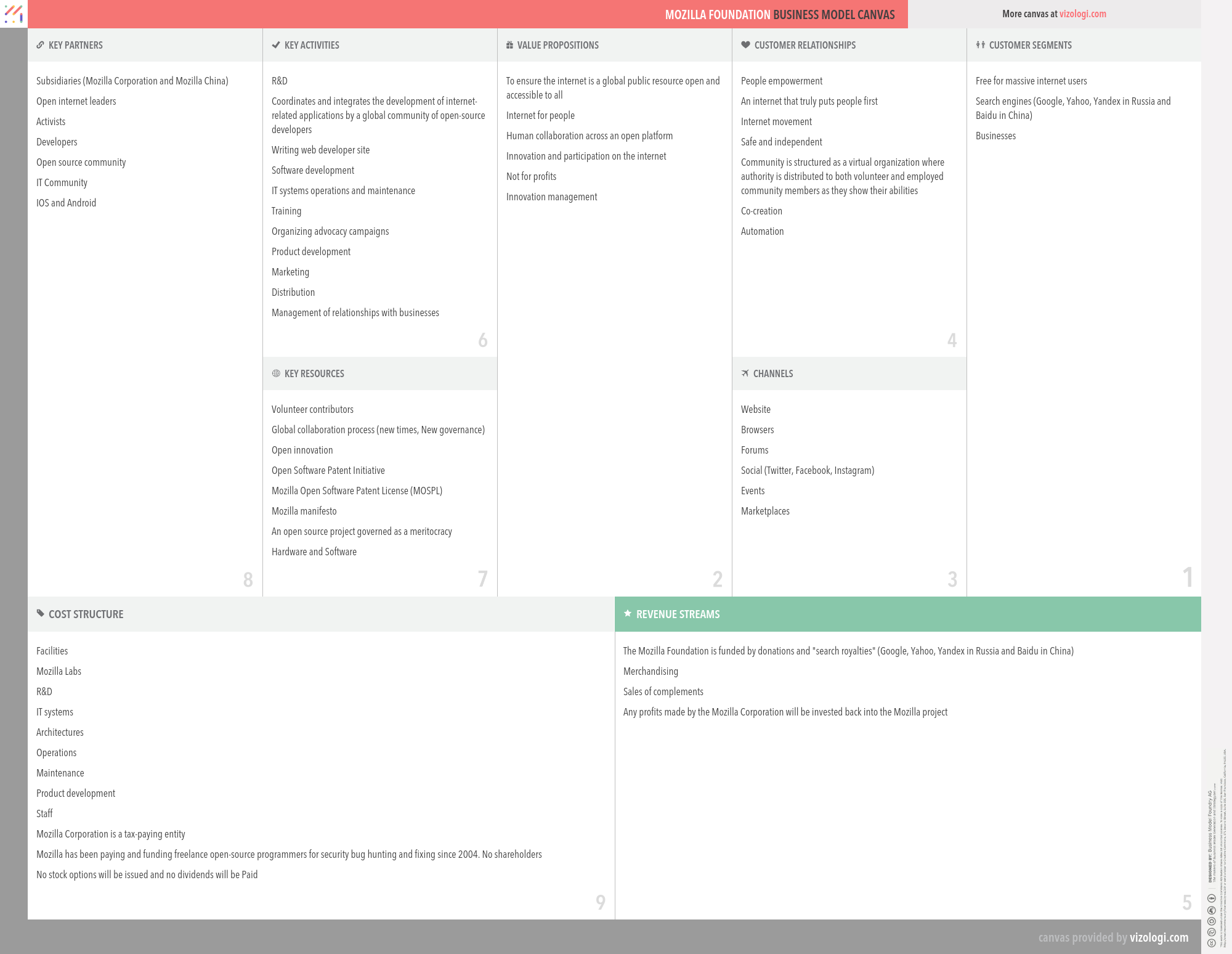 The Mozilla Foundation is a non-profit organization that exists to support and collectively lead the open source Mozilla project. Founded in July 2003, the organization sets the policies that govern development, operates key infrastructure, and controls Mozilla trademarks and copyrights. It owns a taxable subsidiary: the Mozilla Corporation, which employs many Mozilla developers and coordinates releases of the Mozilla Firefox web browser and Mozilla Thunderbird email client. The subsidiary is 100% owned by the parent, and therefore follows the same non-profit principles. The Mozilla Foundation was founded by the Netscape-affiliated Mozilla Organization. The organization is currently based in the Silicon Valley city of Mountain View, California, United States.