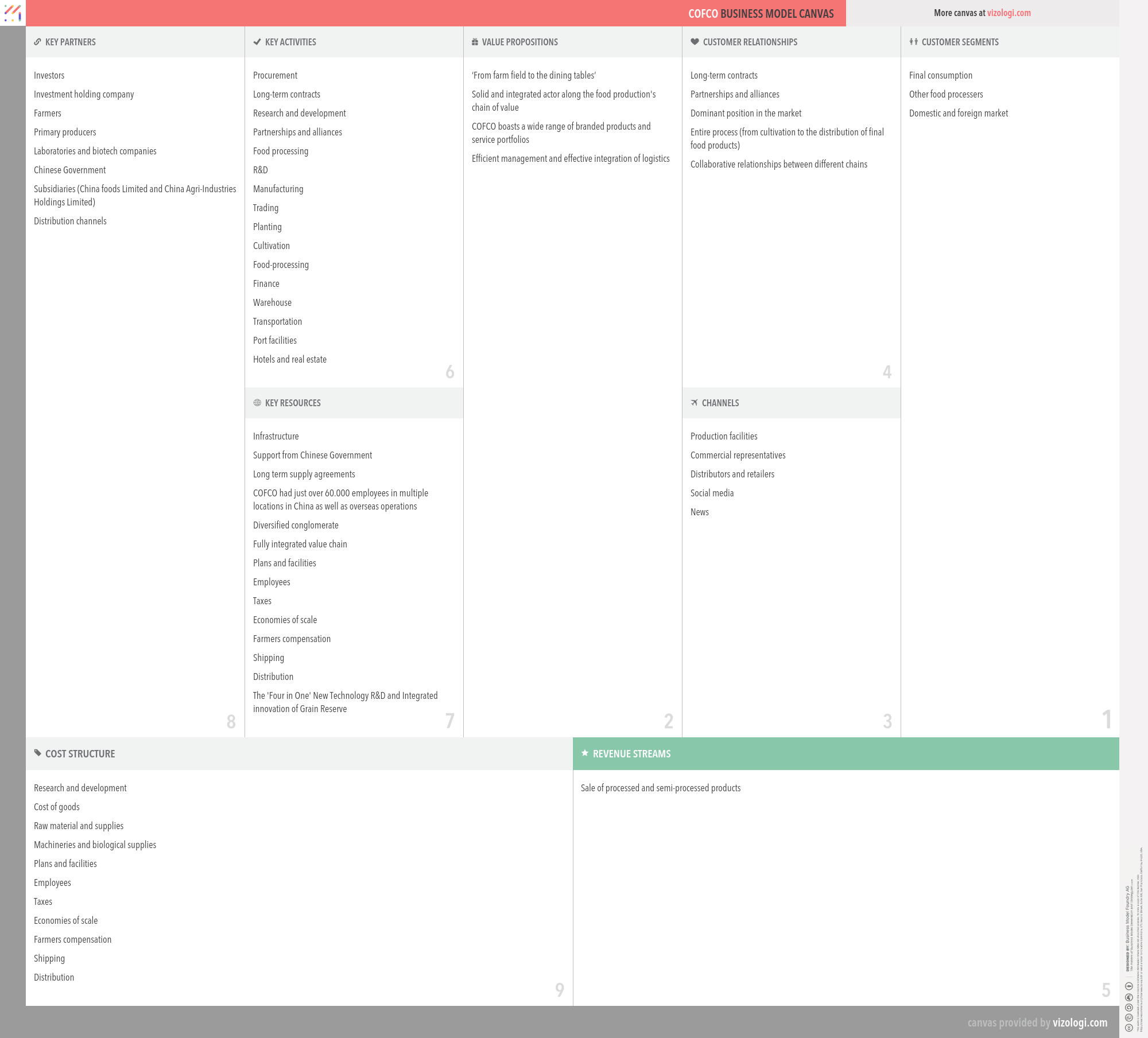 COFCO, full name China National Cereals, Oils and Foodstuffs Corporation, is one of China's State-owned food processing holding companies. COFCO Group is China's largest food processing, manufacturer, and trader. Founded in 1952, it is one of the largest SOEs of the 49 directly administrated by China's State Council. Between 1952 and 1987, it was the sole agricultural products importer and exporter operating under direct control of the central government. In 2007, COFCO had just over 60.000 employees in multiple locations in China as well as overseas operations in countries such as the US, UK, Japan, Australia, and Canada.