Why Follow My Vote's Business Model is so successful? 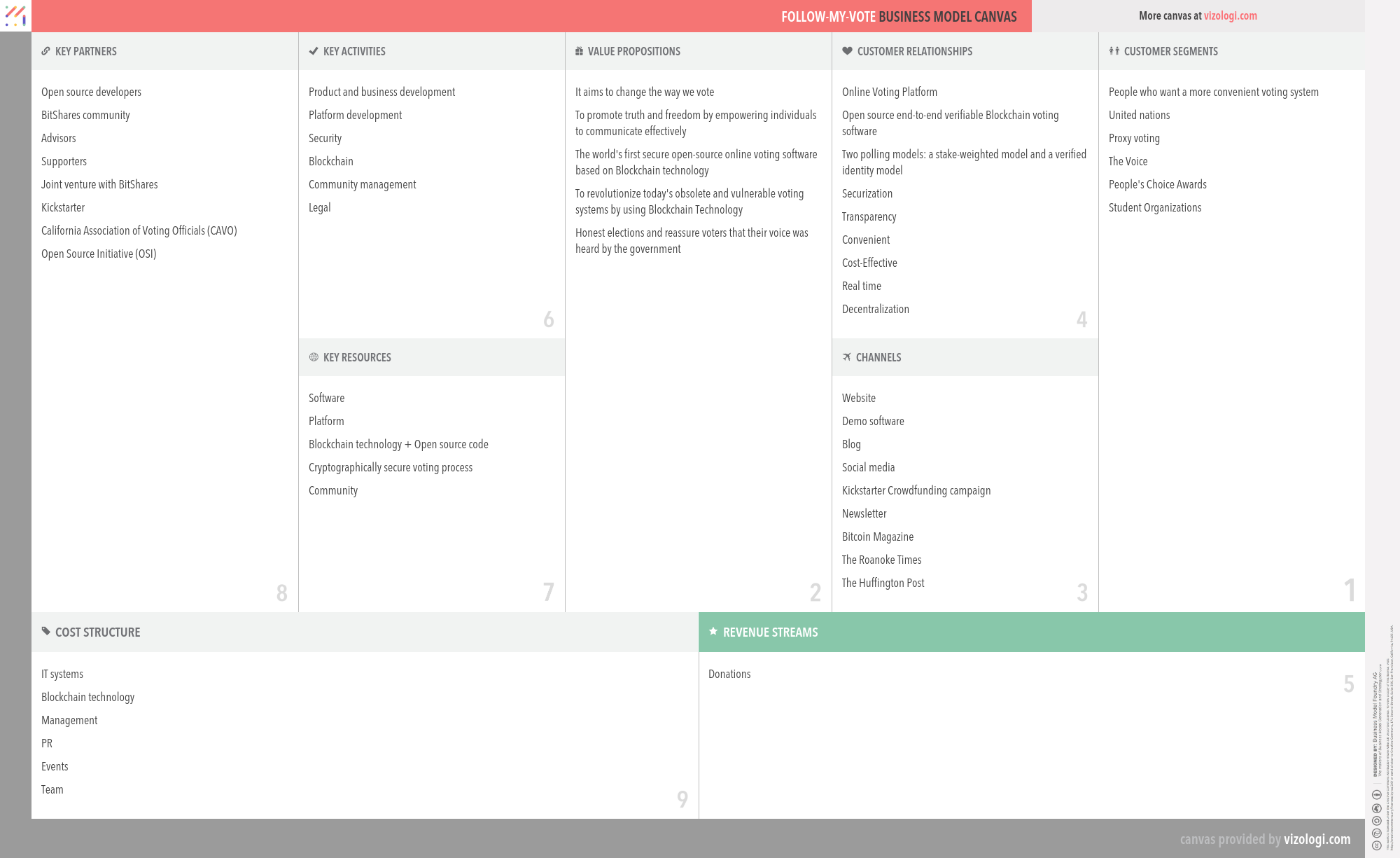 Follow my vote's ambition is to build a secure online voting platform that will allow for greater election transparency.

Platform as a Service (PaaS):

Platform as a Service (PaaS) is a class of cloud computing services that enable users to create, operate, and manage apps without the burden of establishing and maintaining the infrastructure usually involved with designing and developing an app.

The Open Music Initiative is an initiative led by the Berklee College of Music Institute for Creative Entrepre...
View Canvas
protocolOpen-sourcesecuritydigitalmusicIntellectual PropertyIP RightsBlockchaindecentralizationperformance

Storj is a peer-to-peer network comprised of "farmers", users who rent out their spare hard drive space and ba...
View Canvas
encryptedBlockchainEthereumcloud storagepeer2peerrent your driveOpen-sourcecloud computing

With the rise of Open-source software and Peer to Peer (P2P) networks, political intermediation is no longer n...
View Canvas
self governanceself sovereignBlockchainpeer-to-peerliquid democracyborderless governancevoting