Why Storj's Business Model is so successful? 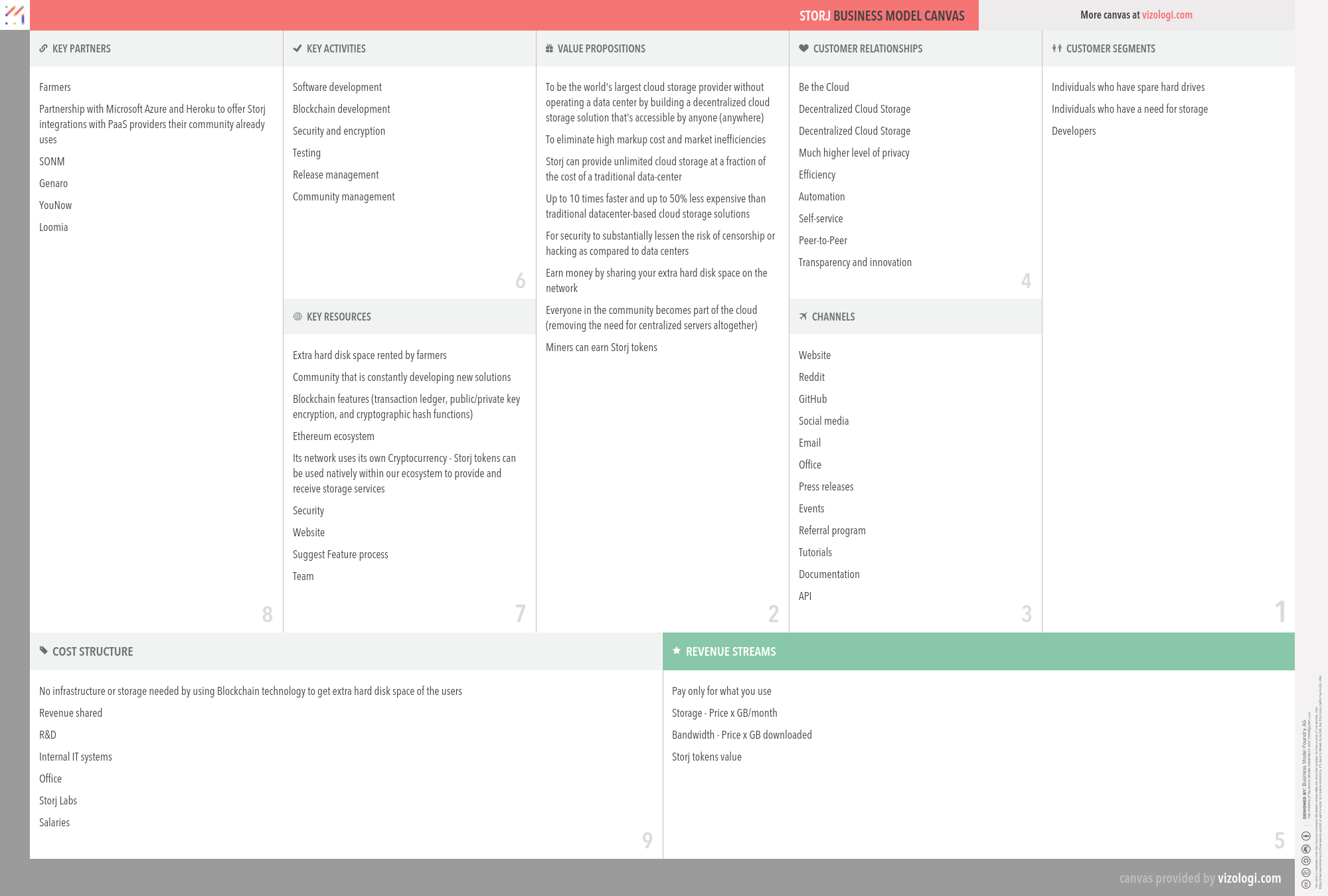 Storj is a peer-to-peer network comprised of "farmers", users who rent out their spare hard drive space and bandwidth, and "renters" who purchase space and bandwidth. It operates a cloud storage platform for developers, businesses, and consumers. It operates Storj, a platform, Cryptocurrency, and suite of decentralized applications that allows users to store data in a secure and decentralized manner. The company also allows users to rent out their extra hard drive space.

Without currency, it is a kind of trading in which products or services are traded. Typically used during periods of high inflation or scarcity of money, barter has become a popular method of negotiating agreements such as offers to purchase excess products in return for advertising space or time. With the introduction of the internet, bartering shifted from a largely person-to-person transaction to a primarily business-to-business one, where every day, commodities ranging from manufacturing capacity to steel and paper are bartered across international boundaries.

A data warehouse (DW or DWH), sometimes referred to as an enterprise data warehouse (EDW), is a computer term that refers to a system used for reporting and data analysis. It is a critical component of business intelligence. DWs are the centralized repository for data that has been integrated from one or more separate sources. They keep track of both data and information and generate analytical reports for skilled professionals throughout the business.

Infrastructure as a Service (IaaS):

Referral marketing is a technique for acquiring new consumers by advertising goods or services through recommendations or ordinary word of mouth. While these recommendations often occur spontaneously, companies may influence this via the use of suitable tactics. Referral marketing is a technique for increasing referrals through word of mouth, arguably the oldest and most trusted kind of marketing. This may be done by incentivizing and rewarding consumers. A diverse range of other contacts to suggest goods and services from consumer and business-to-business companies, both online and offline.

Rent instead of buy:

Services that do not need the product to be purchased but rather rent it for the economic benefit of requiring less money to access the commodity. When you rent, you assume less obligation since most of the burden is placed on the owner's shoulders. There is no debt; you are just responsible for the monthly rent. When renting, you have more flexibility by signing a six-month or one-year lease. This implies that you will be confined to that location for at least that period. When your lease term expires, you have the option of switching to another product or renewing your lease.