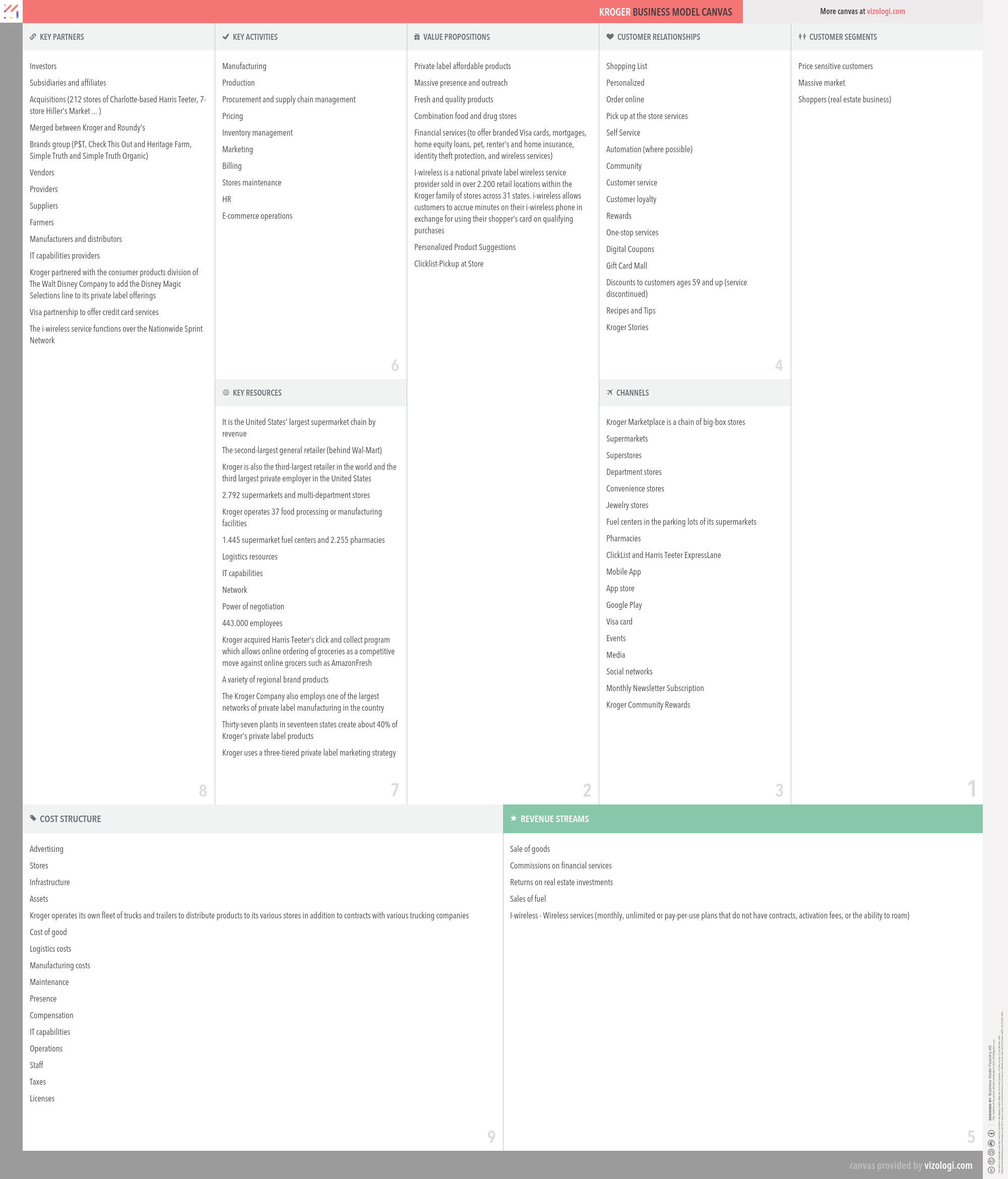 The Kroger Co. (Kroger) manufactures and processes food for sale in its supermarkets. The Company operates supermarkets, multi-department stores, jewelry stores and convenience stores throughout the United States. As of January 28, 2017, it had operated approximately 4.000 owned or leased supermarkets, convenience stores, fine jewelry stores, distribution warehouses and food production plants through divisions, subsidiaries or affiliates. These facilities are located throughout the United States. As of January 28, 2017, Kroger operated, either directly or through its subsidiaries, 2.796 supermarkets under a range of local banner names, of which 2,255 had pharmacies and 1,445 had fuel centers.