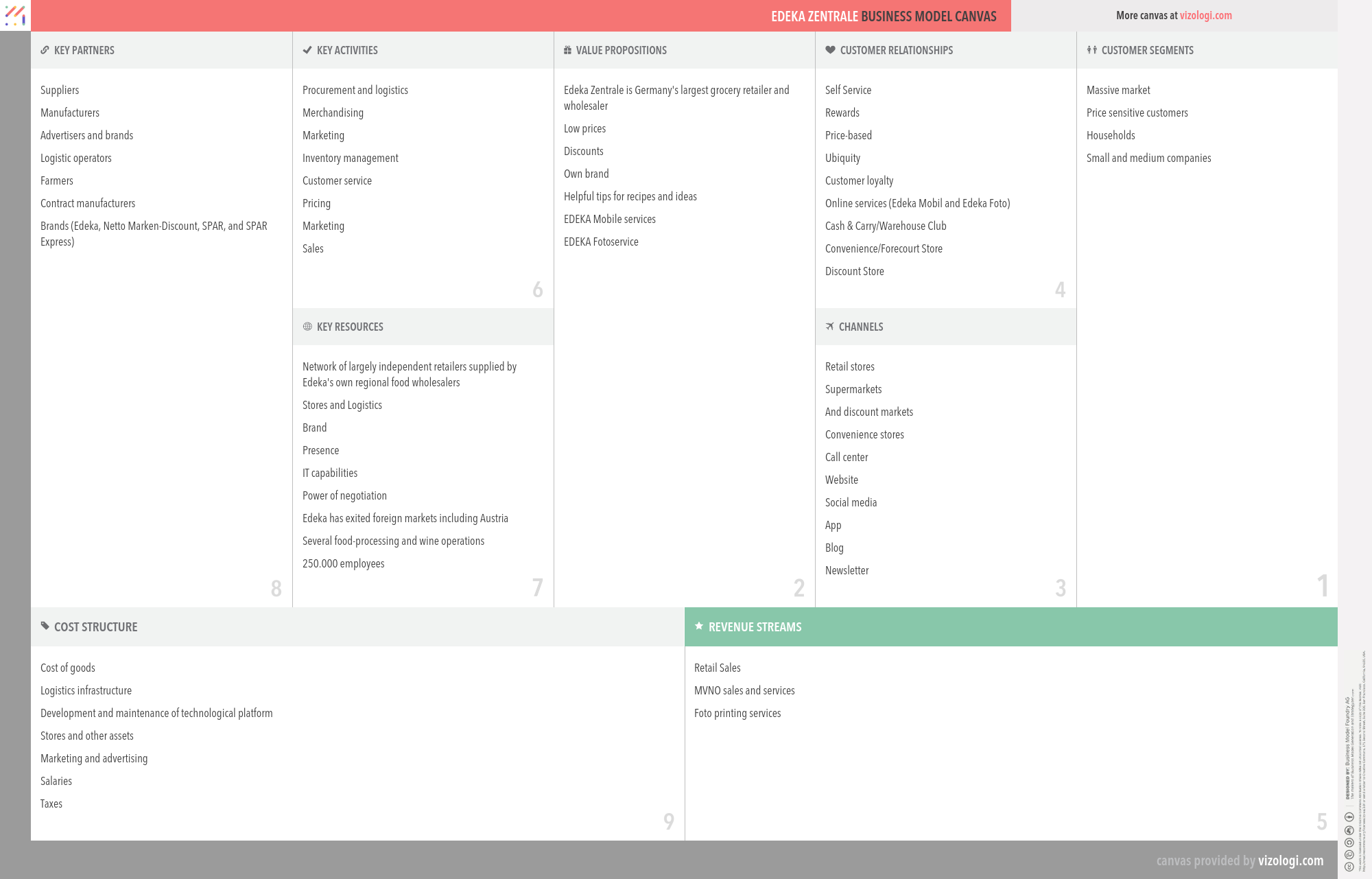 The Edeka Group is the largest German supermarket corporation, holding a market share of 26%. Founded in 1898, it consists today of several cooperatives of independent supermarkets all operating under the umbrella organization Edeka Zentrale AG & Co KG, with headquarters in Hamburg. There are approximately 4,100 stores with the Edeka nameplate that range from small corner stores to hypermarkets. On November 16, 2007, Edeka reached an agreement with Tengelmann (known for A&P in the US) to purchase a 70% majority stake in Tengelmann's Plus discount store division.