Why Mycroft's Business Model is so successful? 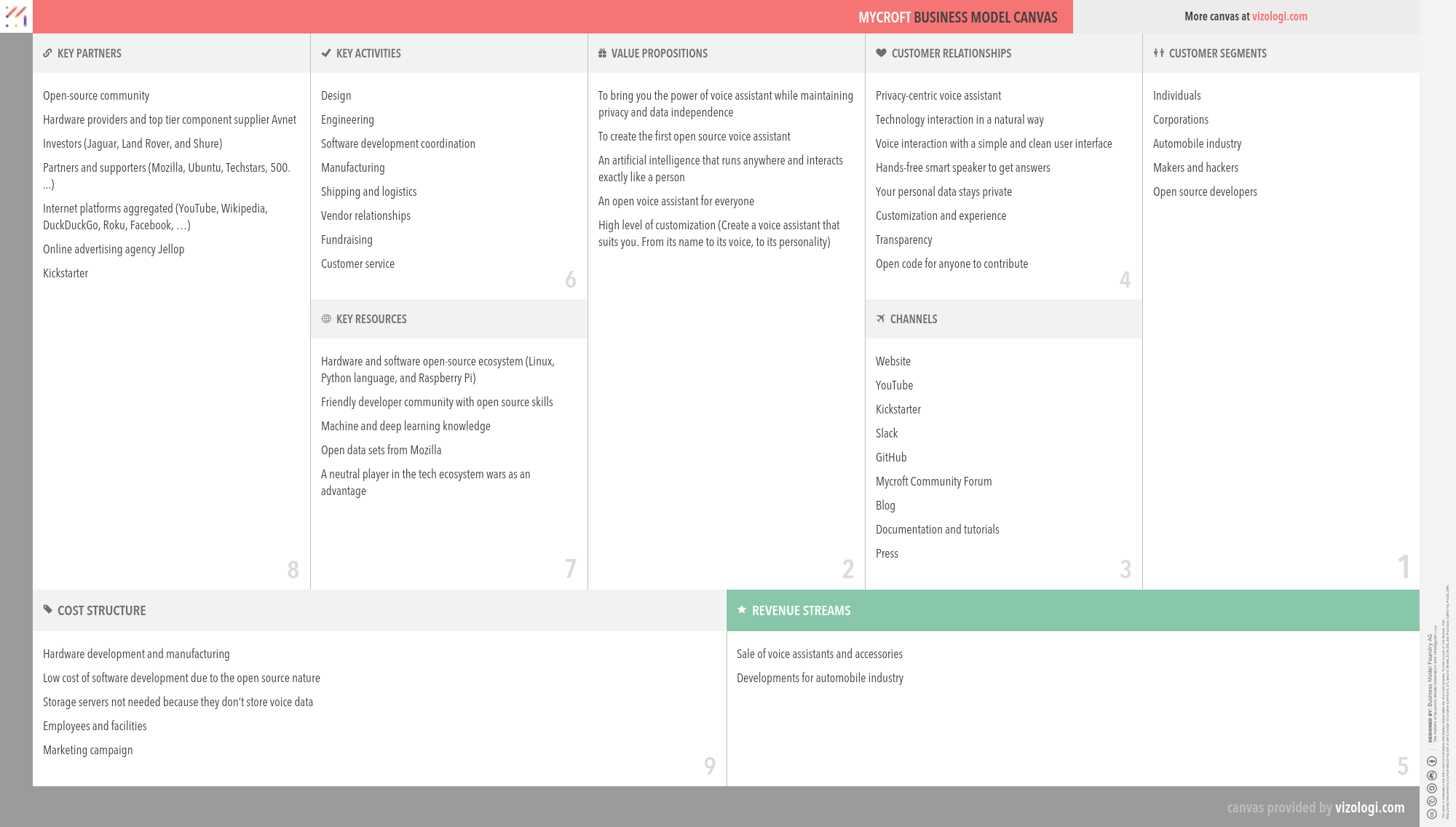 Mycroft is a free and open-source intelligent personal assistant and knowledge navigator for Linux-based operating systems that uses a natural language user interface. It is said to be the world’s first fully open-source AI voice assistant.

Due to advancements in sensors, wireless communications, and big data, it is now possible to collect and analyze massive quantities of data in a wide range of settings, from wind turbines to kitchen appliances to intelligent scalpels. These data may be utilized to improve asset design, operation, maintenance, and repair or improve how an activity is carried out. Such skills, in turn, may serve as the foundation for new services or business models.

Consumerization of IT (consumerization) is a term that refers to the process by which Information Technology (IT) begins in the consumer market and then spreads to business and government organizations, primarily as a result of employees utilizing popular consumer market technologies and methods at home and afterward bringing them in the workplace.