Why Oculus's Business Model is so successful? 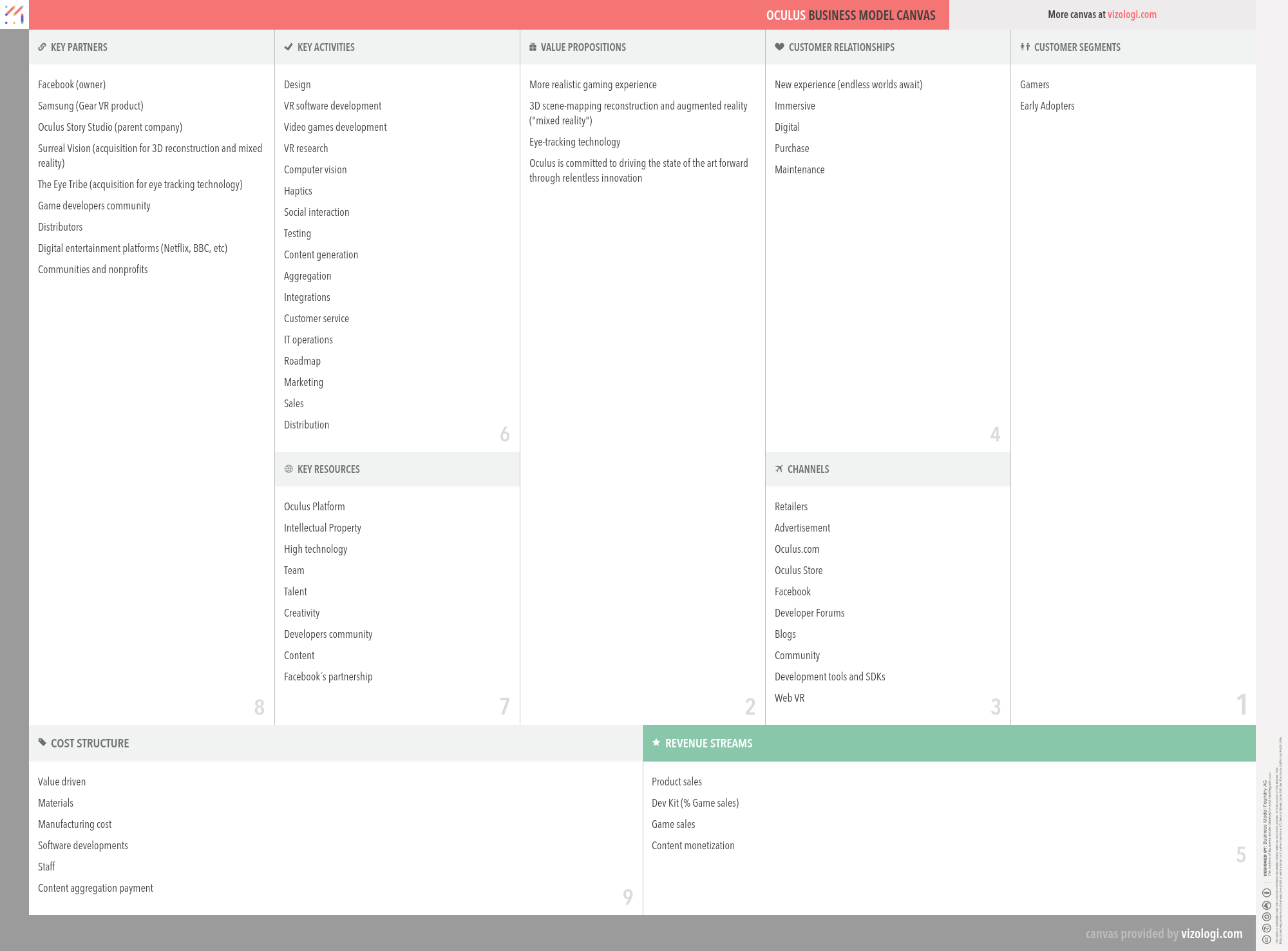 A marketing strategy for a product or service includes characteristics that appeal to a particular minority market segment. A typical niche product will be distinguishable from other goods and manufactured and sold for specialized purposes within its associated niche market. Niche retail has focused on direct-to-consumer and direct-to-business internet sales channels. The slogan for niche retail is Everything except the brand.

Orchestrators are businesses that outsource a substantial portion of their operations and processes to third-party service providers or third-party vendors. The fundamental objective of this business strategy is to concentrate internal resources on core and essential functions while contracting out the remainder of the work to other businesses, thus reducing costs.

AR/VR is the fourth significant platform change (after PC, web, and mobile). First, CEOs must choose how to play. Business models are determined by installed bases, use cases, and unit economics; there is no one-size-fits-all answer; each situation is unique, and developers must do market research and analysis before making a choice. Relying on advertising-income is a handy strategy for unknown businesses or newcomers to the market. It allows them to use their prior expertise with mobile and online ad campaigns.