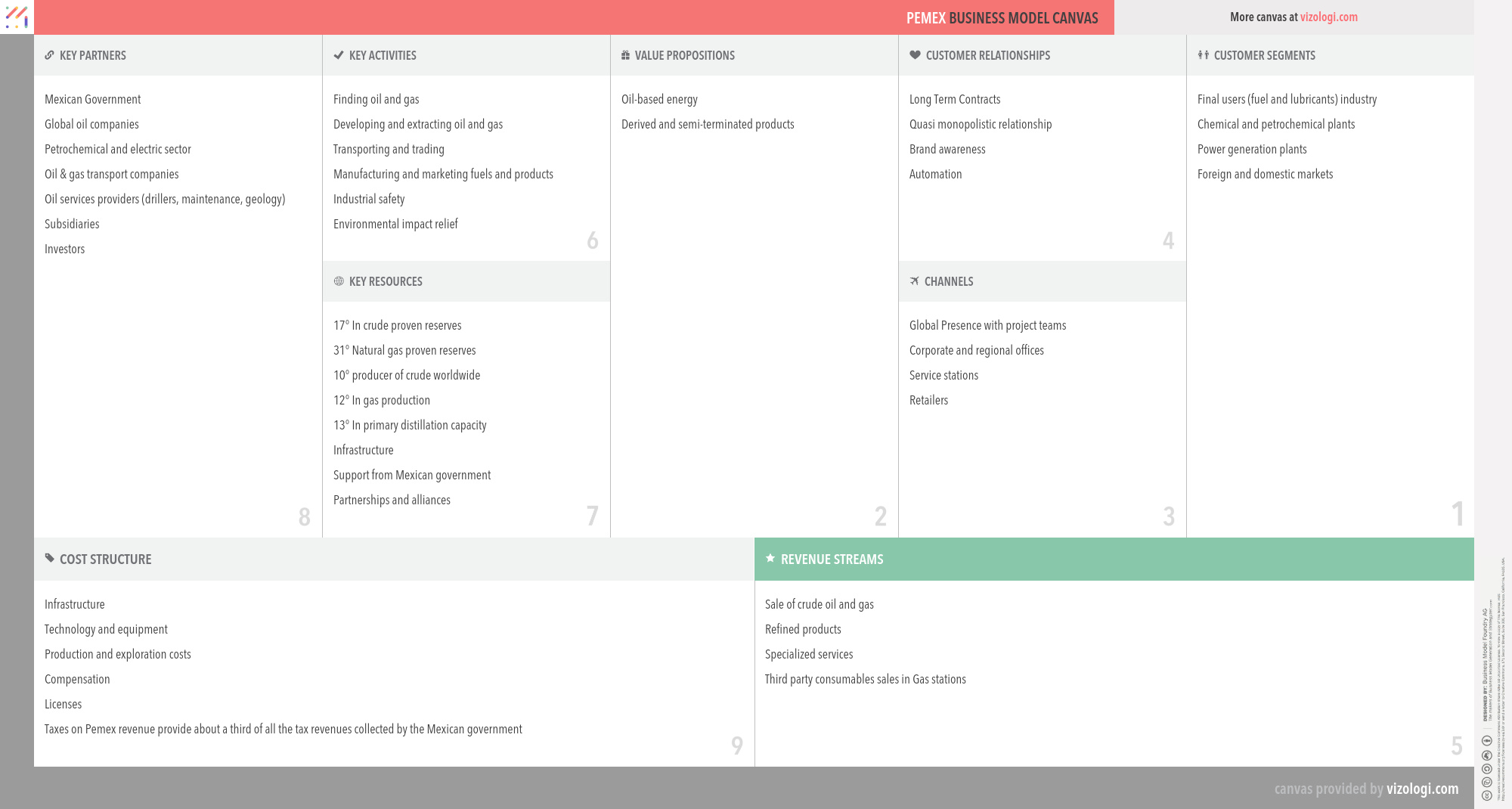 Petróleos Mexicanos, is the Mexican state-owned petroleum company, created in 1938 by nationalization or expropriation of all private, foreign, and domestic companies at that time. The majority of its shares are not listed Publicly and are under control of the Mexican government, with the value of its Publicly listed shares totaling $202 billion in 2010, representing approximately one quarter of the company’s total net worth. Pemex has become one of the few fully integrated oil companies, developing our entire productive chain: exploration, production, industrial processing/refining, logistics and marketing.