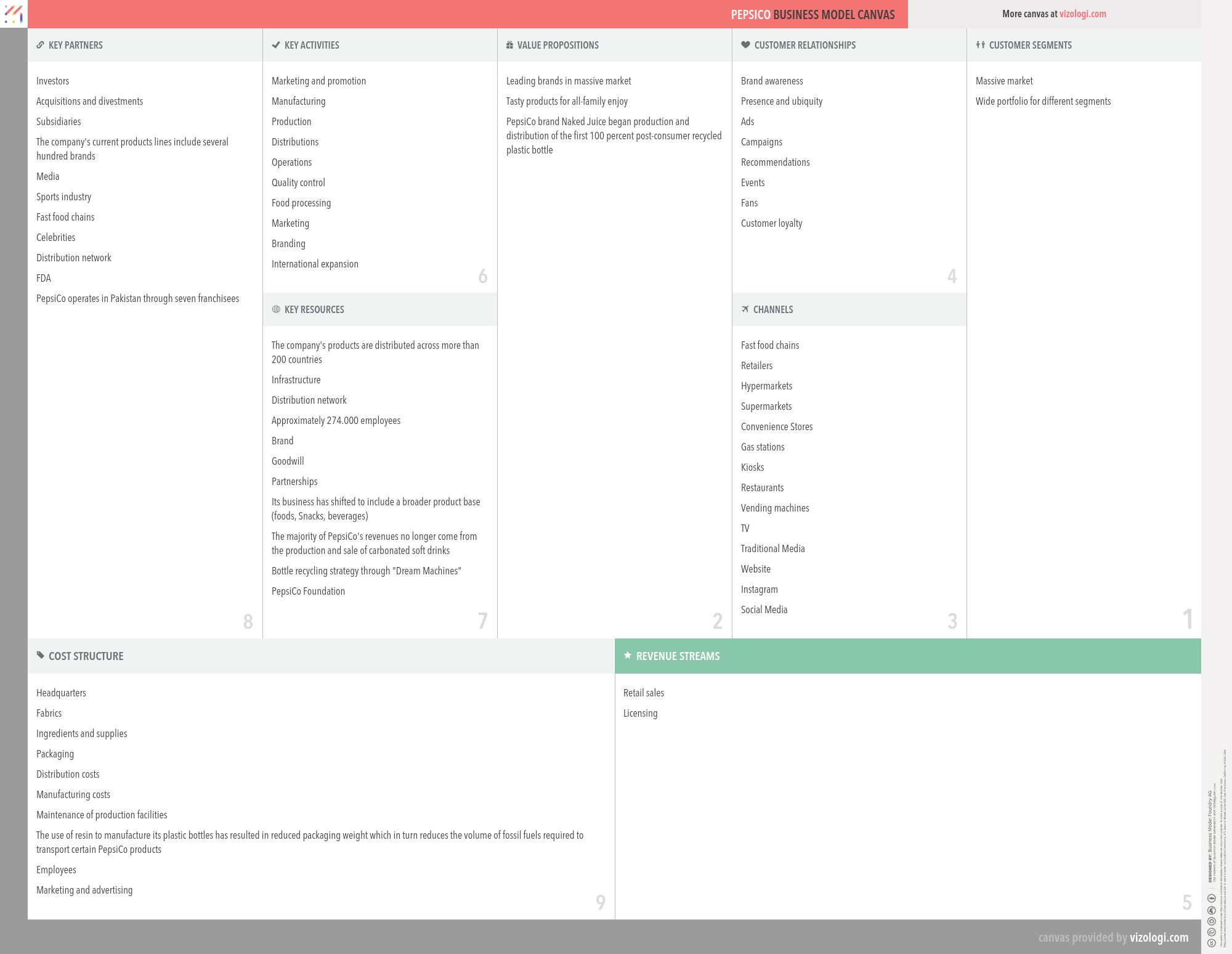 PepsiCo, Inc. is an American multinational food, snack and beverage corporation headquartered in Purchase, New York, United States, with interests in the manufacturing, marketing, and distribution of grain-based snack foods, beverages, and other products. PepsiCo was formed in 1965 by the merger of the Pepsi-Cola Company and Frito-Lay, Inc. PepsiCo has since expanded from its namesake product Pepsi to a broader range of food and beverage brands, the largest of which includes an acquisition of Tropicana in 1998 and of Quaker Oats in 2001, which added the Gatorade brand to its portfolio.