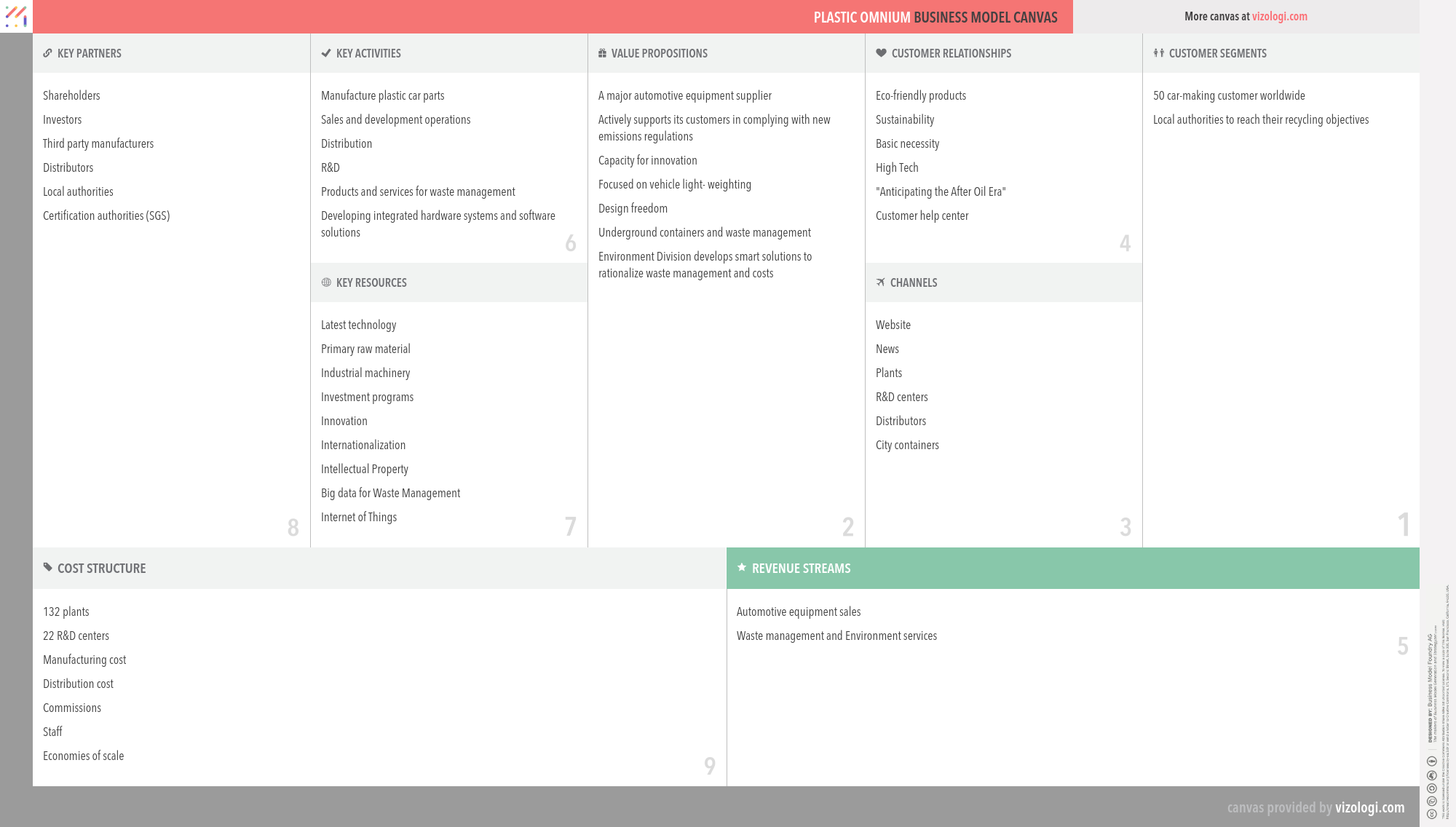 Shaped by innovation, investment and international success, Plastic Omnium’s history began in 1946. In the second half of the 20th century, the company diversified its operations, increased its manufacturing and commercial presence outside France, expanded its offering for public authorities and developed its two core businesses, while stepping up investment programs to develop innovative products and services. Since 2000, Plastic Omnium has nearly quintupled its revenue while consolidating its positions in its Environment and Automotive businesses. The company’s growth is also driven by targeted acquisitions that expand the offering and extend the customer portfolio.