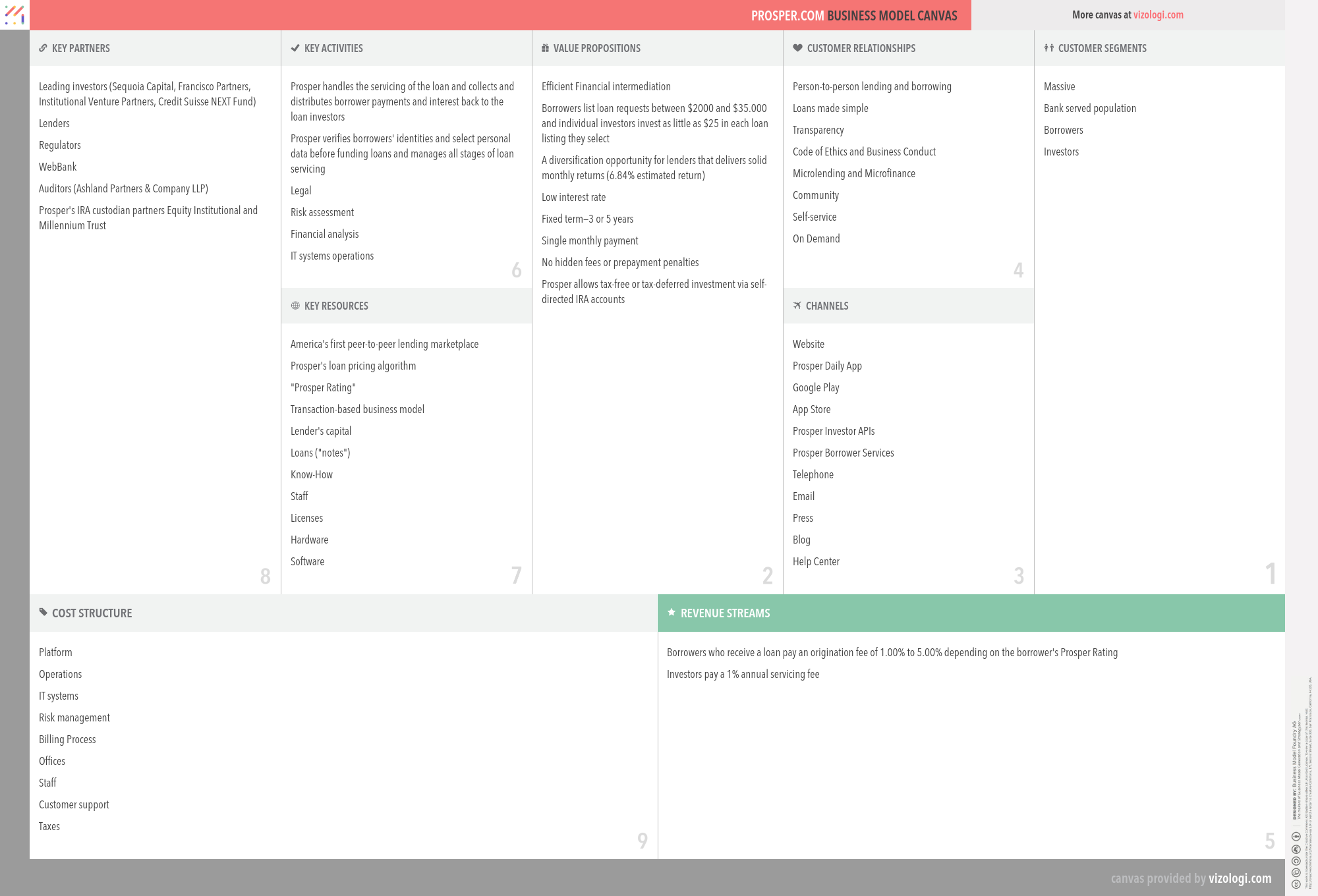 Prosper is America’s first marketplace lending platform, with over $8 billion in funded loans. Prosper allows people to invest in each other in a way that is Financially and socially rewarding. Prosper handles the servicing of the loan on behalf of the matched borrowers and investors.

Why Prosper.com’s Business Model is so successful?