Why Quora's Business Model is so successful? 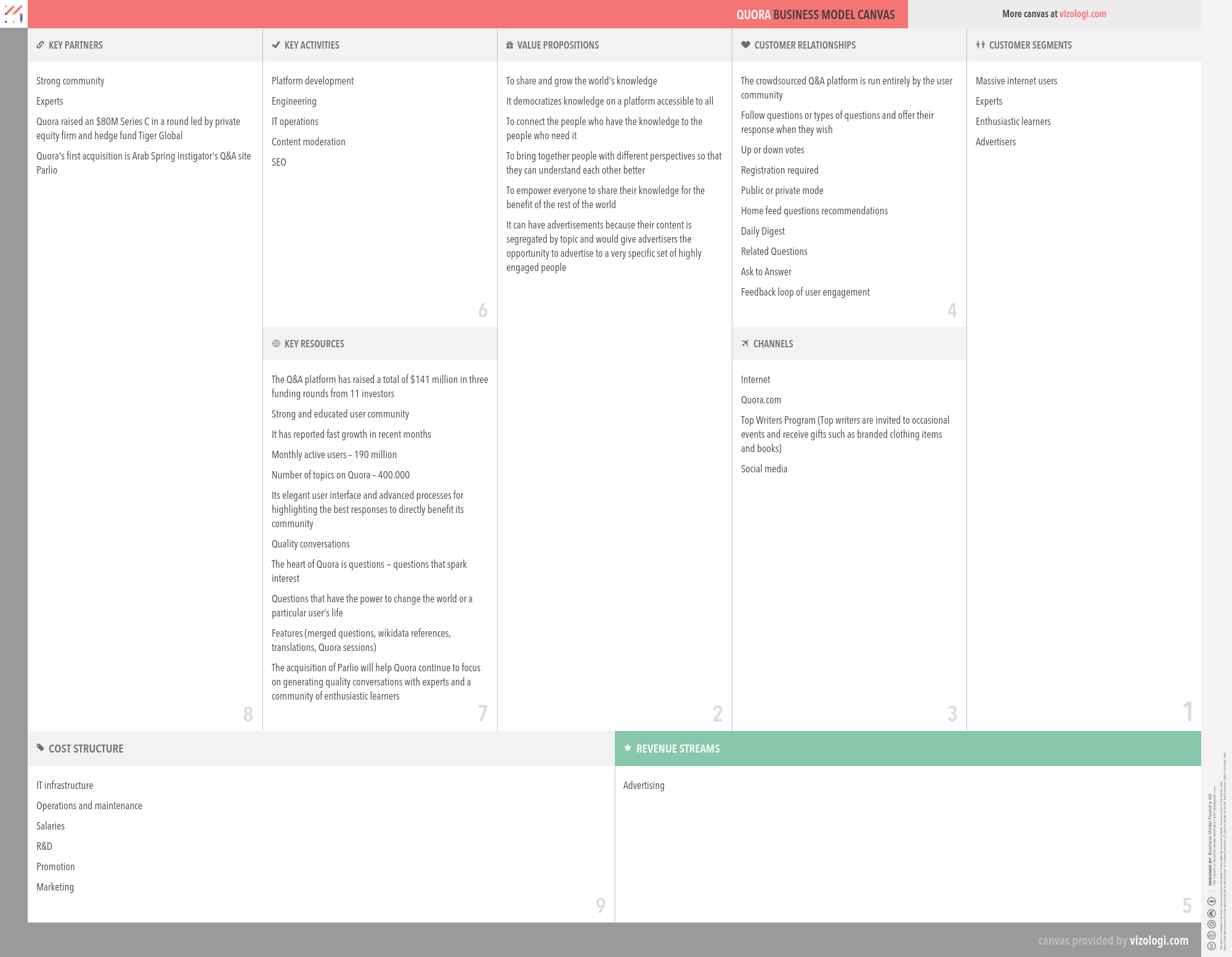 Consolidating numerous distribution routes into one to achieve greater economic efficiency. A business model for internet commerce in which a company (that does not manufacture or warehouse any item) gathers (aggregates) information about products and services from many competing sources and displays it on its website. The firm's strength is in its power to create an 'environment' that attracts users to its website and develop a system that facilitates pricing and specification matching.

This model collects data and connects it to others; it is suggested to investigate the impact of advertising on consumer purchase dynamics by explicitly linking the distribution of exposures from a brand's media schedule to the brand purchase incidence behavior patterns over time. The danger is that we may be unable to react productively and cost-effectively to technological and market changes.

For professional services firms, the difference will be made by converting non-engaged customers into engaged customers. Product development will be obsolete. Customer relations and conversations will replace it. By sharing modular and beta products and services with your current and future customers, companies and their customers interact and collaborate in ongoing conversations. Not only will customers find and follow companies in online social networks, but it will also be the other way around as well.

This pattern is used to connecting individuals. It offers essential services for free but charges for extra services. The network effect is a paradox that occurs when more people utilize a product or service, the more valuable it becomes.

Reputation builders is an innovative software platform that enables companies to create, collect, and manage positive internet reviews. It was a pioneer in the utilization of user-generated material. The website services are provided for free to users, who supply the majority of the content, and the websites of related businesses are monetized via advertising.

Tag management refers to the capability of the collaborative software to handle both your own and user-generated tags. Marketers use various third-party solutions to enhance their websites, video content, and mobile applications. Web analytics, campaign analytics, audience measurement, customization, A/B testing, ad servers, retargeting, and conversion tracking are examples of such systems. At its most fundamental level, tag management enables new methods for your business model to use data.

Online retailers provide specialized content to various niche client groups via continuing mass-customized customer relationships. The sector of technical content providers is a second client segment. Combining these two factors may result in an infinite number of niches. New material is produced and distributed through online channels, which implies that online retailers must prioritize platform maintenance and marketing in addition to service delivery.