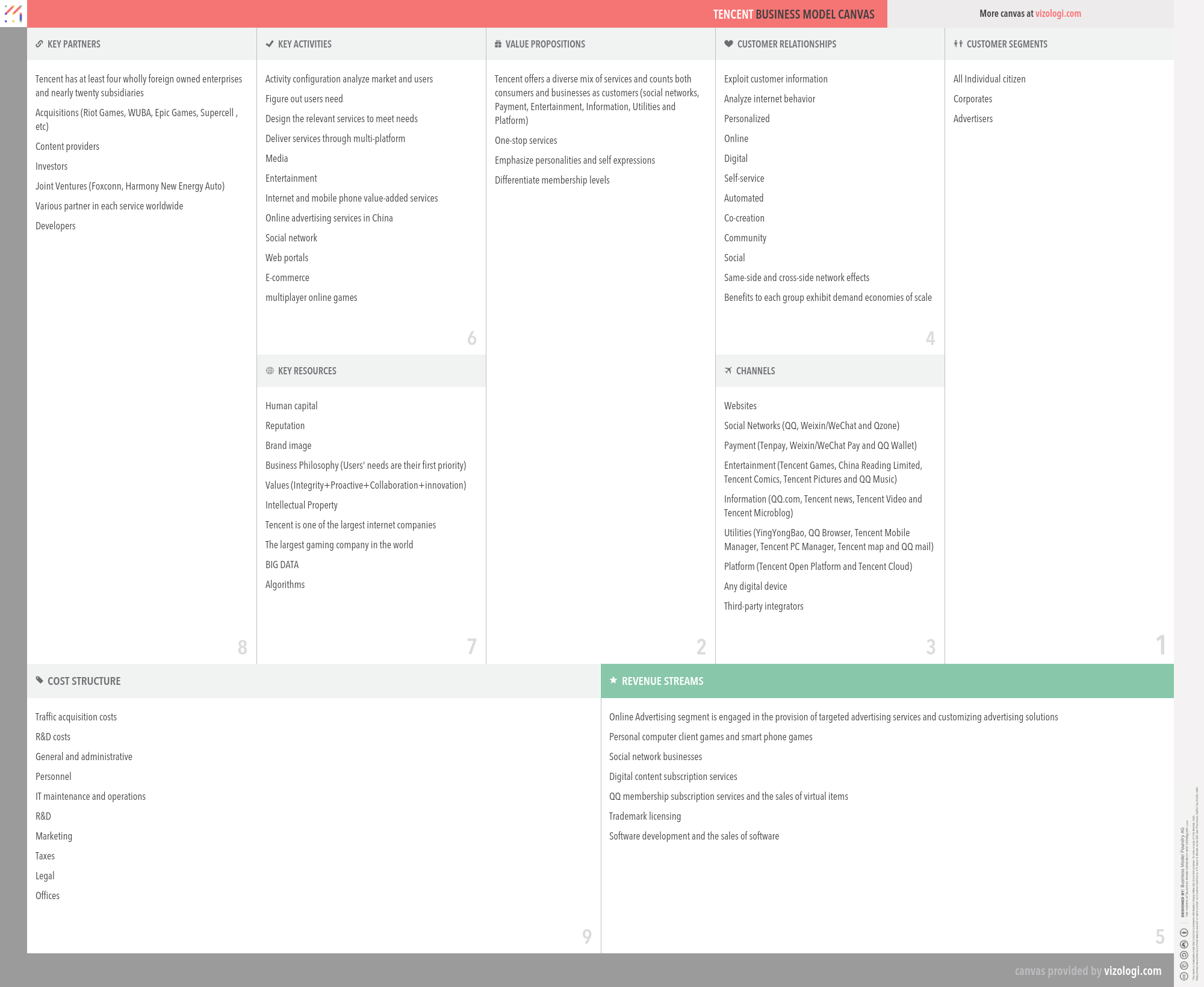 Tencent Holdings Limited is a Chinese investment holding company whose subsidiaries provide media, entertainment, internet and mobile phone value-added services and operate online advertising services in China. Its headquarters are in Nanshan District, Shenzhen. Tencent is one of the largest internet companies, as well as the largest gaming company in the world, many services of whose include social network, web portals, e-commerce, and multiplayer online games. Its offerings in China include the well-known instant messenger Tencent QQ and one of the largest web portals, QQ.com. Mobile chat service WeChat has helped bolster Tencent's continued expansion into smartphone services. Tencent holds 15% stake of JD.com, one of the largest B2C online retailers in China.