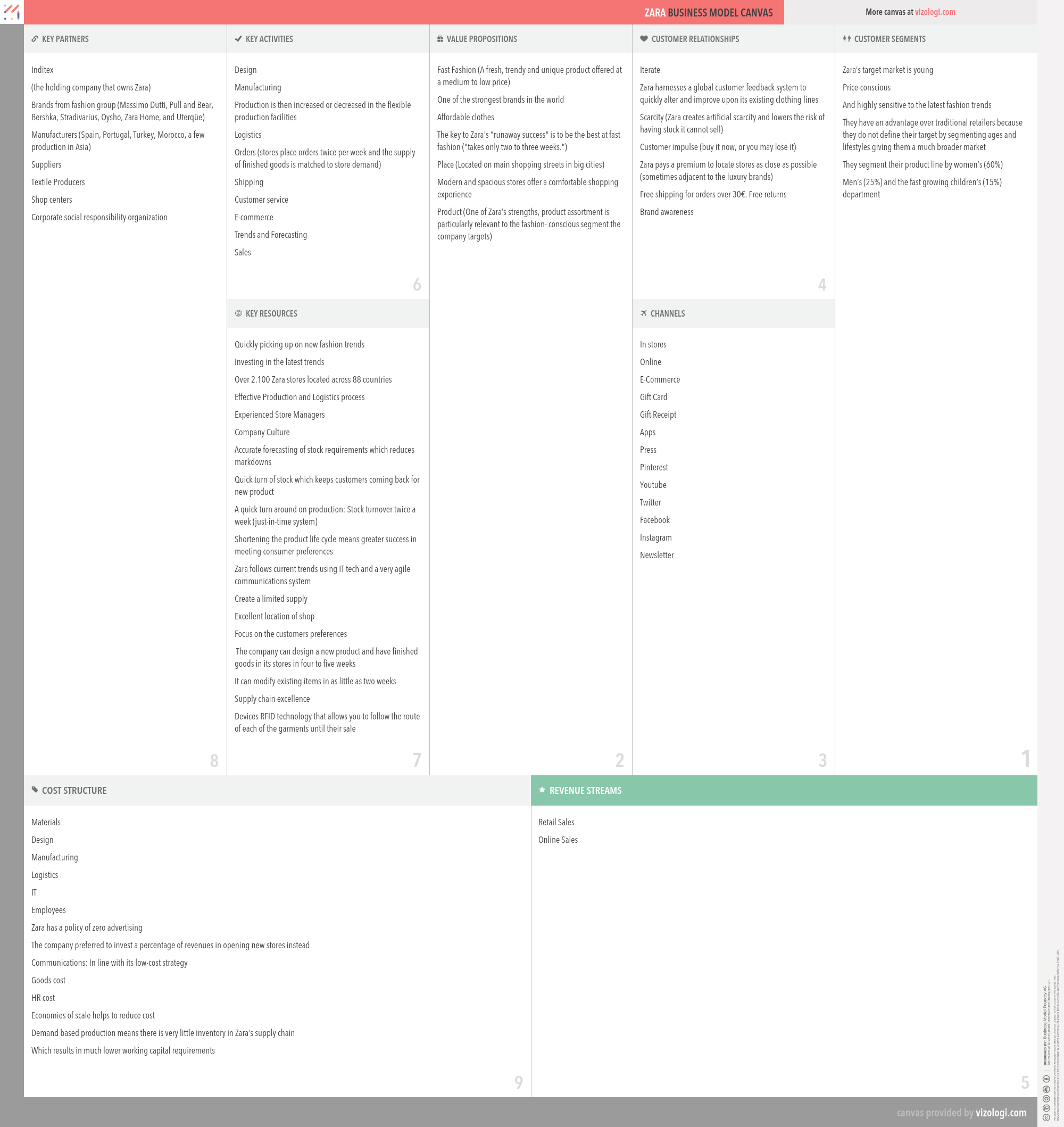 Trendy Zara is the flagship brand for Europe's fastest-growing apparel retailer, Industrial de Diseño Textil (commonly know as Inditex). Zara, the cheap-chic subsidiary of the Spanish fashion giant, runs about 2,350 stores in major cities worldwide, as well as some 165 Zara Kids shops in some 75 countries. Zara boasts about 125 shops across Canada, the US, and Mexico. The chain sells women's, men's, and children's apparel and also offers plus-size and maternity lines to clothe its larger customers. Zara Home, which sells home fashions, has about 390 stores in 25 countries. Zara, launched in 1975, is Inditex's principal chain and accounts for more than two-thirds of its total sales.