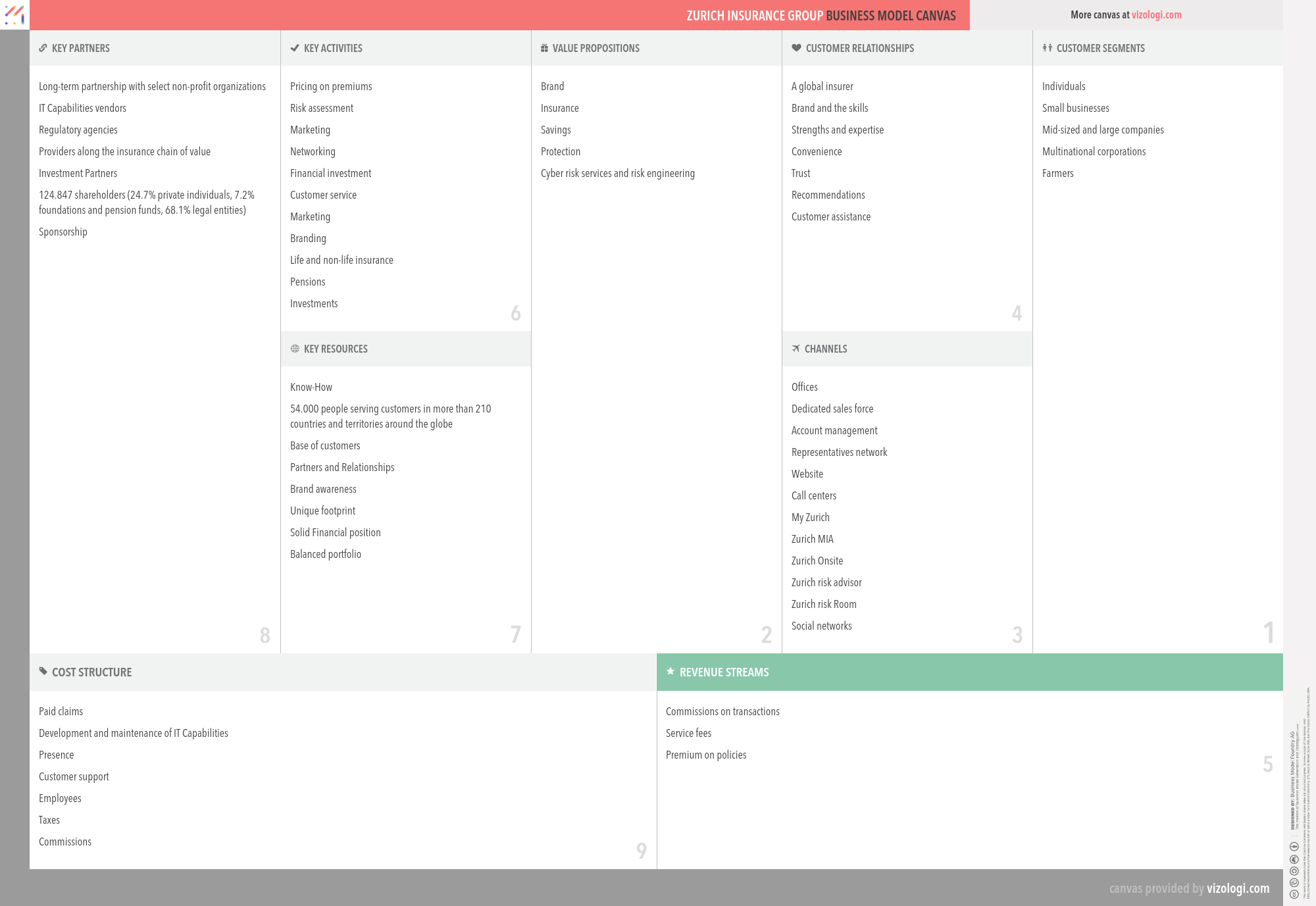 Zurich Insurance Group Ltd. is a Swiss insurance company, commonly known as Zurich, headquartered in Zürich, Switzerland. The company is Switzerland's largest insurer. As of 2015, the group was the world's 78th largest Public company according to Forbes' global 2000s list. Zurich is a global insurance company which is organized into three core business Segments: General Insurance, Global Life, and Farmers.