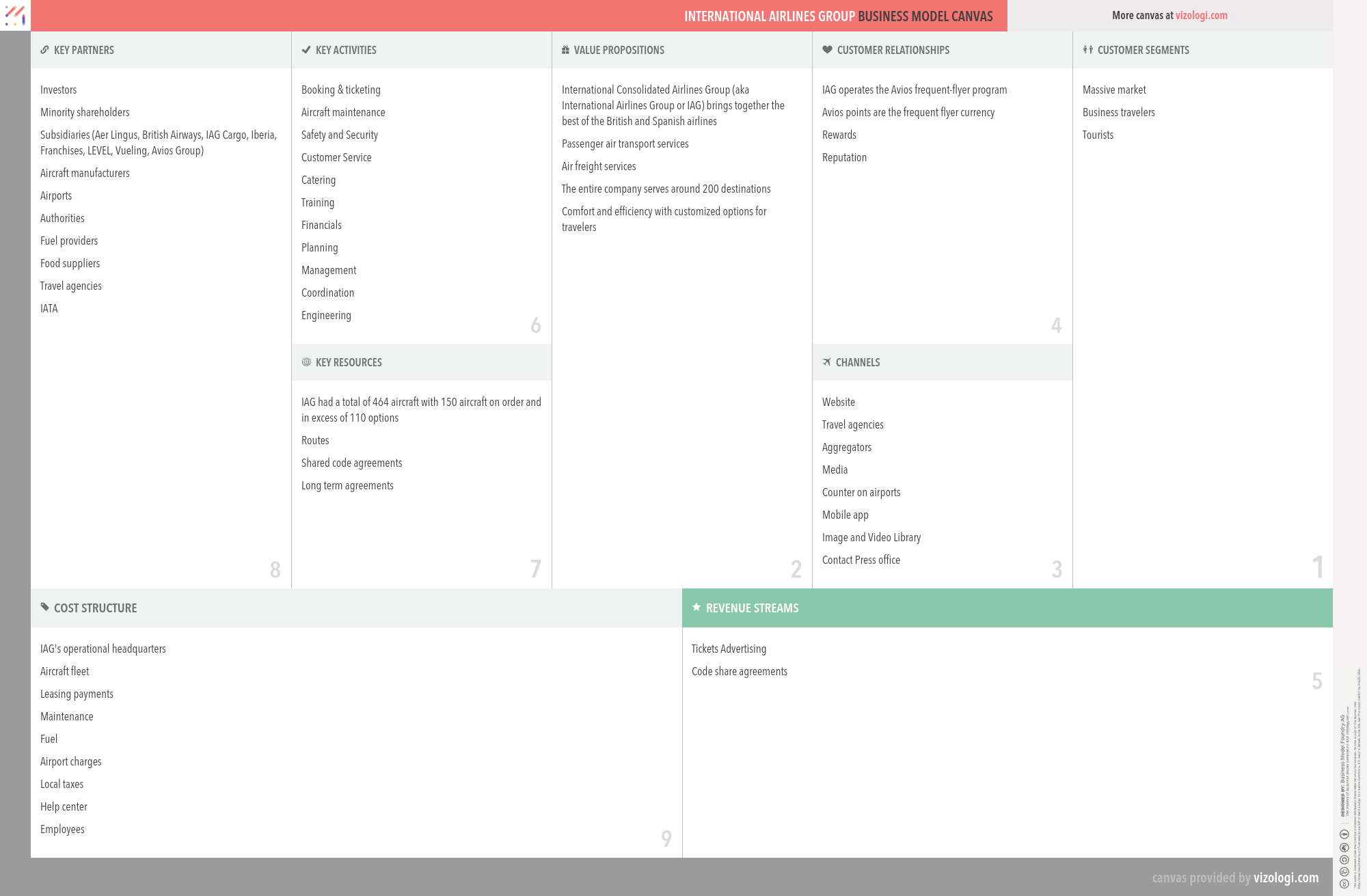 International Consolidated Airlines Group, S.A., often shortened to IAG, is a British-Spanish multinational airline holding company with its operational headquarters in London, England, United Kingdom and registered in Madrid, Spain. It was formed in January 2011 by the merger of British Airways and Iberia, the flag carrier airlines of the United Kingdom and Spain respectively with British Airways holding 55% of the newly-formed company. It is the sixth-largest airline company in the world and third-largest based in Europe measured by 2010 revenues. The company is listed on the London Stock Exchange and the Madrid Stock Exchange. It is a constituent of the FTSE 100 Index and IBEX 35 Index.