Why Diaspora's Business Model is so successful? 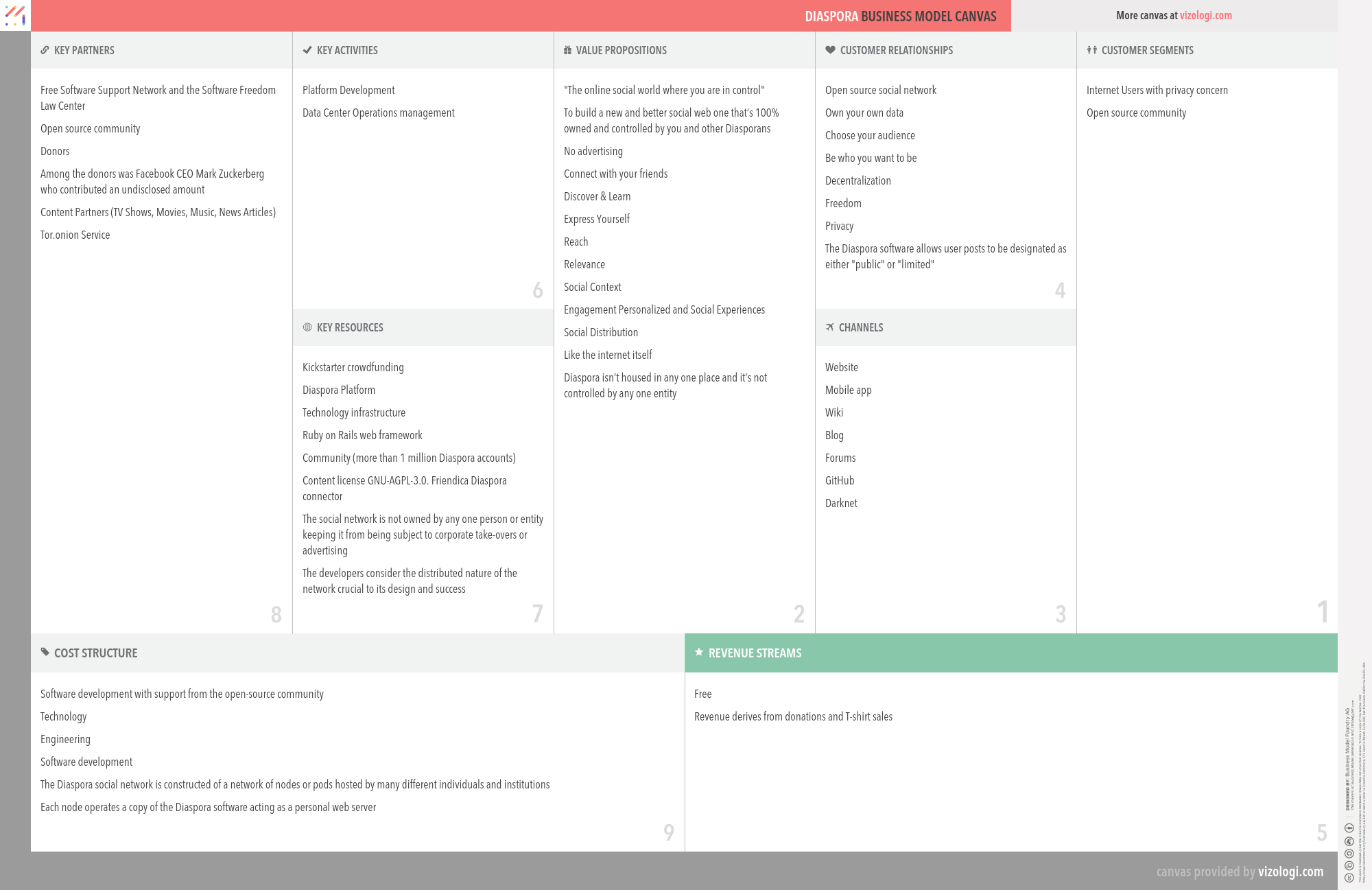 Diaspora is a nonprofit, user-owned, distributed social network that is based upon the free Diaspora software. Diaspora consists of a group of independently owned nodes (called pods) which interoperate to form the network. As of March 2014, there are more than 1 million Diaspora accounts. In September 2011 the developers stated, "...our distributed design means no big corporation will ever control Diaspora. Diaspora* will never sell your social life to advertisers, and you won’t have to conform to someone’s arbitrary rules or look over your shoulder before you speak."

The nonprofit world rarely engages in equally clear and succinct conversations about an organization’s long-term funding strategy. It works on funds and provides services to the user free of cost. That is because the different types of funding that fuel nonprofits have never been clearly defined. A nonprofit organization is often dedicated to furthering a particular social cause or advocating for a particular point of view. In economic terms, a nonprofit organization uses its surplus revenues to further achieve its purpose or mission, rather than distributing its surplus income to the organization's shareholders (or equivalents) as profit or dividends.

Merchandising, in the broadest definition, is any activity that helps sell goods to a retail customer. At the retail in-store level, merchandising refers to the range of goods offered for sale and the presentation of those products in a manner that piques consumers' attention and encourages them to make a purchase. Like the Mozilla Foundation and Wikimedia Foundation, specific open-source organizations offer branded goods such as t-shirts and coffee mugs. This may also be seen as an added service to the user community.